Advertisement
Home / India / Kerala: Dalit PhD scholar alleges caste harassment at university
'I have been discriminated against, humiliated and abused'

Deepa P. Mohanan has been on a hunger strike for ten days now to ensure varsity keeps word on removing director Nandakumar Kalarikkal 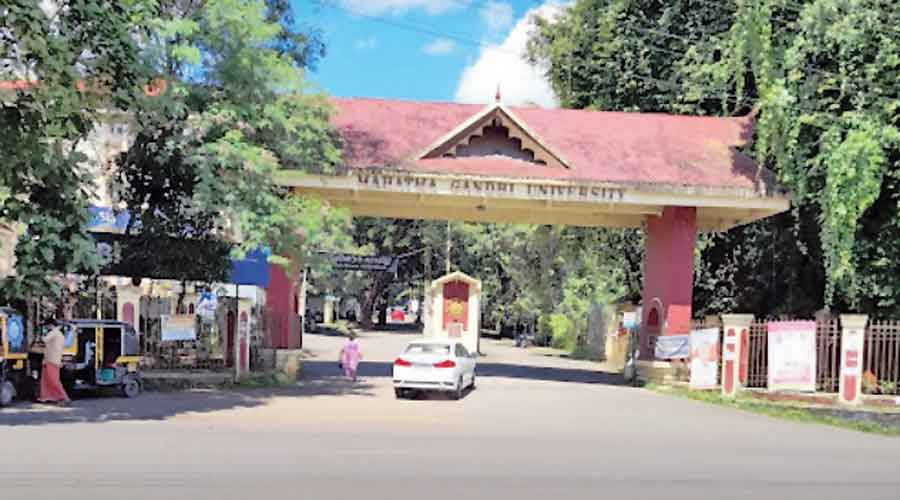 A nearly 10-day-old hunger strike by a Dalit science PhD scholar who has alleged caste harassment at the Mahatma Gandhi University here and refused to become “another Rohith Vemula” has prompted the Kerala government to intervene and forced the varsity to buckle.

But Deepa P. Mohanan, 36, an anaemia patient with a congenital heart defect who has been surviving on water since October 29, is determined to continue her fast till she sees action on the ground.

Deepa, wife of a taxi driver and mother of an 11-year-old girl, had enrolled for PhD at the university’s International and Inter-University Centre for Nanoscience and Nanotechnology in 2014, after doing her MPhil from the same institute. She says she is yet to complete her PhD because of obstacles put up by institute director Nandakumar Kalarikkal.

Deepa, who did her MSc in microbiology, is working on developing wound-healing scaffolds using nanoparticles – a key area of research in critical care medicine that will particularly help accident victims.

She told The Telegraph on November 1 that Kalarikkal had cut her access to the lab and to polymers and other chemicals she needed, then denied her seating facilities at the workplace and attempted to block her stipend. She said he had once locked her alone inside the lab on a minor provocation.

Kalarikkal has denied all her allegations in a message to this newspaper.

“As a Dalit and a woman, I have been discriminated against, humiliated and abused by the director. He has been rude and abusive. I started this hunger strike as a last resort,” Deepa said.

By Sunday, she was bedridden under a shamiana put up outside the university’s main gate and could no longer speak, but was refusing to end her fast or shift to hospital.

On November 3, the university authorities had called Deepa to a meeting. They agreed to all her demands – including a change of guide (who Deepa says backed the director’s actions) and access to whatever research facilities and material she needed --- except for the removal of Kalarikkal from the institute.

“Whatever facilities the university allows, if Kalar­ikk­al stays on I shall not be able to finish my research,” Deepa later told this newspaper.

“If anything happens to me, both Kalarikkal and vice-chancellor Sabu Thomas would be responsible. I don’t want to be another Rohith Vemula.”

Vemula, a Dalit PhD scholar, had hanged himself at the Central University of Hyderabad in January 2016 alleging caste discrimination. His death had started campus agitations across the country and pushed the Narendra Modi government on the back foot.

On November 6, Kerala higher education minister R. Bindu promised Deepa through representatives that all measures to remove Kalarikkal from the institute would be taken.

Bindu said that if the university delayed the procedure, the government would intervene directly to remove the director. She added she was Covid-positive and was therefore not meeting Deepa personally.

Following this, the university issued a media release saying it would remove Kalarikkal. But Deepa plans to continue her fast until Kalarikkal is actually removed and the varsity approaches her directly.

Kalarikkal, who is abroad, told this newspaper in a WhatsApp message: “Her (Deepa’s) allegations are absolutely baseless which I have challenged in court.”

He did not say which court he had moved, when or on what grounds.

“As the Director, which is an honorary position I tried instruct her to follow the rules and regulations. Every research lab will have certain regulations,” he wrote.

“Here, Ms Deepa is talking about her rights as a Dalit. What are the rights of a teacher? Can she/he correct a student if mistakes are made, if the rules and regulations of the lab/centre are not followed?”

Kalarikkal added: “Ms Deepa has to come to the lab and do work...we are all in support of that.”

He added that he was himself from a backward community, Kalari Panikker.

Deepa had told this newspaper that she had completed the synthesis for her nanomedicine project. “I have developed a scaffold and optimised it. Despite this, I cannot complete my PhD because of the indifference and humiliating attitude of Kalarikkal,” she said.

Deepa had in 2015 filed a complaint with the university accusing Kalarikkal of victimising her for her caste origins. A two-member probe committee set up by the university had accepted the allegations --- according to a copy of the commission’s findings that Deepa has circulated among the academic community.

The committee had recommended that the university ensure she received all the facilities she needed for her research. But Deepa says the harassment continued.

She also complained to the National Commission for Scheduled Castes, which recommended action against Kalarikkal. But none was taken.

In 2016, Deepa filed a police complaint against Kalarikkal under the SC/ST (Prevention of Atrocities) Act. She says nothing changed even after that.

When she tried to meet the governor to complain against the director, she was detained at a police station for two days, she says.

“He (Kalarikkal) took revenge on me after I filed the SC/ST Act case. He wrote to the university authorities many times seeking my expulsion from the institute,” she had told this newspaper. “He is powerful and close to top CPM leaders.”

She had added: “I have to take tablets for anaemia, and have a congenital VSD (ventricular septal defect). But I can’t step back --- this struggle is not just for me but for all those denied justice in the name of caste.”

Dalit activists have been sitting in protest with her, taking turns to hold daylong fasts, conducting a social media campaign and raising funds for her and her family.