PDP president's remarks came after a copy of a govt order dismissing DSP Davinder Singh, who was caught ferrying militants in a vehicle last year, from service went viral on social media 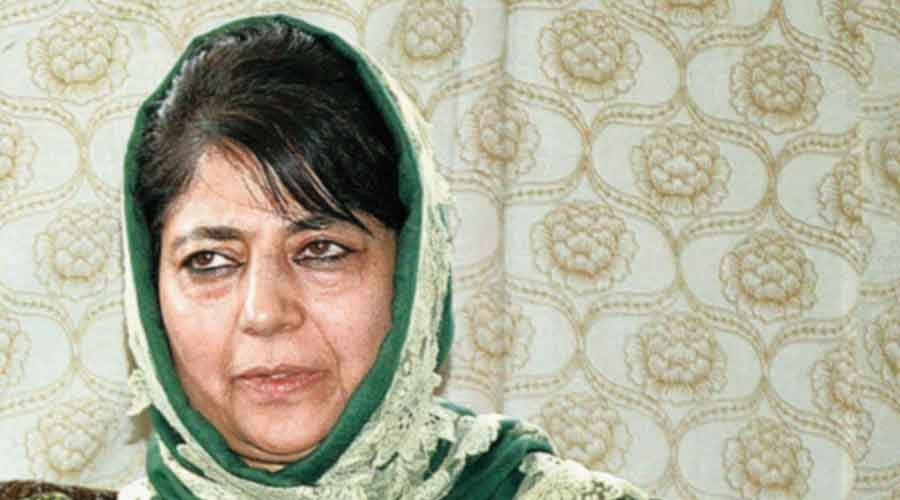 PDP president Mehbooba Mufti on Monday alleged that former Jammu and Kashmir police officer Davinder Singh, who was caught ferrying militants in a vehicle last year, was let off the hook by the Centre while innocent Kashmiris rot in jails for years under anti-terror laws.

Ms Mehbooba's remarks came after a copy of a government order dated May 20 dismissing Davinder Singh, a deputy superintendent of police, from service went viral on social media.

Lt Governor Manoj Sinha had ordered Davinder Singh's dismissal from service with "immediate effect" under Article 311 of the Constitution, according to the official order. This provision enables the government to withdraw presidential pleasure without holding an inquiry and the decision can only be contested in the high court.

"Innocent Kashmiris arrested under anti-terror laws rot in jails for years. For them the trial becomes the punishment. But GOI (Government of India) doesn't want an enquiry against a cop caught red-handed with militants. Is it because he colluded with the system to orchestrate certain dodgy incidents?" Ms Mehbooba asked in a tweet.

She said Kashmiris are "considered guilty until proven innocent".