Across the Valley, businesses and shops remained shut 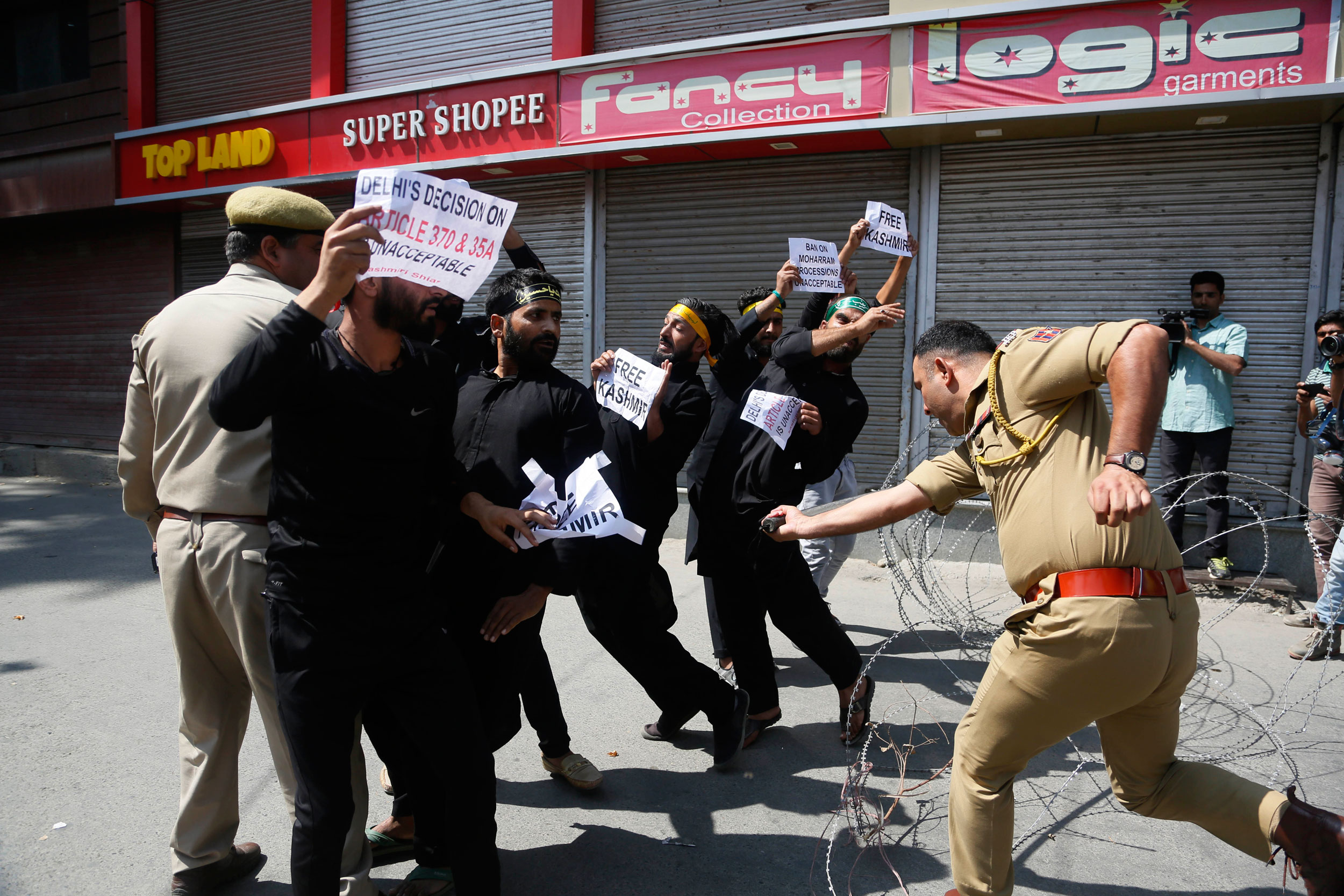 The authorities on Sunday clamped the toughest restrictions of the five-week-old lockdown in parts of the Valley to prevent Muharram processions, a day after national security adviser Ajit Doval said the curbs had been progressively eased across 95 per cent of the state’s territory.

On Saturday, the administration had banned the three-day Muharram processions in Srinagar — the first such district-wise prohibition in recent memory.

An official spokesperson said this was done to avert the loss of life and property. The information blockade made it difficult to ascertain whether any such ban had been imposed in other parts of the Valley.

The spokesperson said members of the Shia community had been told to carry out their religious duties at local imambaras during the 10-day period of mourning.

Still, the severest of restrictions could not prevent scores of Muharram mourners from gathering at the city centre, the first time any kind of demonstration had been held in the commercial hub since the lockdown began. The mourners came in ones and twos to hold the procession and were later detained by the forces.

For the first time ever, the authorities refused to let National Conference activists pay tributes to Sheikh Mohammad Abdullah at his mausoleum in Hazratbal on his death anniversary.

The Sheikh had played a key role in the state’s accession to India. The last time gatherings could not be held at his grave was in the early 1990s, but that was because of the militant threat. The Sheikh’s son, Farooq Abdullah, is under house arrest and his grandson Omar Abdullah is in jail. All three were chief ministers.

Officials said the situation remained under control through the day.

Thousands of security force personnel had been deployed in Srinagar to enforce the restrictions. Hundreds of barricades had been erected to prevent civilian movement. Every alleyway appeared to have been sealed to keep people away from the main streets.

While the ban on Muharram processions had been officially publicised, the street restrictions came unannounced. People heading to hospitals or those facing other emergencies were seen urging the forces to allow them to travel. If they were let through one barricade, they were stopped at the next.

Across the Valley, businesses and shops remained shut. Following some relaxation in the evening, a few vehicles were seen at the city centre.

Doval had said on Saturday that only 10 of the state’s 199 police station areas were under prohibitory orders.