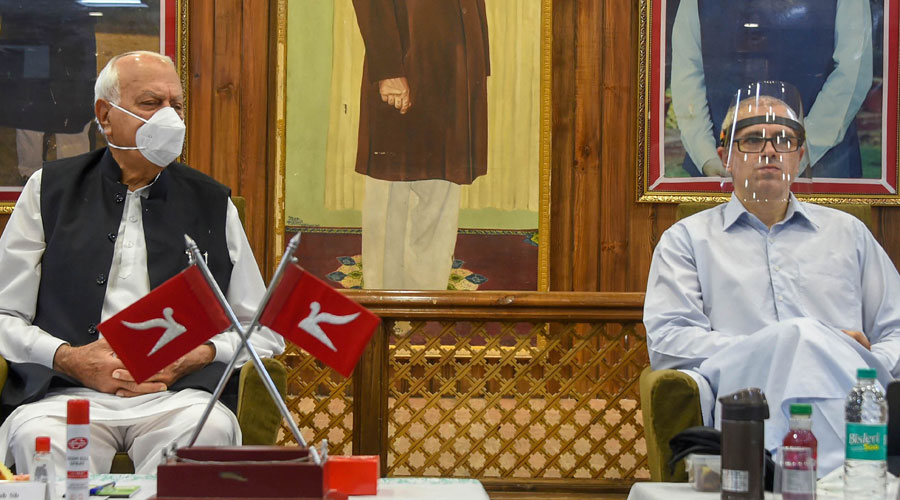 The administration on Thursday scuttled the People’s Democratic Party’s first scheduled meeting since last year’s abrogation of Article 370 by preventing its leadership from attending it, indicating its iron-fist policy against some parties might continue.

The government’s move was in stark contrast to its decision to allow the PDP’s rival, the National Conference, to hold a meeting last month after a year’s suspension of political activity.

The BJP had been an ally of the PDP in Jammu and Kashmir for three years before withdrawing its support to the Mehbooba Mufti government in 2018.

Mehbooba later fiercely opposed the plans to scrap the then state’s special status, warning that Delhi would not find anyone in Kashmir willing to hold up the national flag if Articles 370 or 35A were touched.

After the government allowed the National Conference meeting, the PDP had decided to test the waters and announce its own meeting on Thursday despite the absence of the jailed Mehbooba.

Although some of the party’s lower-rung leaders turned up at the party headquarters in Srinagar, the government prevented the senior leaders from moving out of their homes. The party released videos showing security forces stopping leaders from leaving their homes.

Mehbooba’s daughter Iltija Mufti, who operates her mother’s Twitter account, hit out at the government for singling out the PDP.

“Shameful that J&K admin along with police physically prevented PDP leaders from leaving their homes in Srinagar today. They shamelessly lie to courts that these people are free to move & then have the audacity to detain them illegally at home,” Iltija tweeted.

Several PDP leaders are said to be under house arrest although the administration has repeatedly denied the claim.

Government spokesperson Rohit Kansal did not respond to calls and text messages from this newspaper.

The National Conference had called its meeting to try and test a government claim in court that no political leader was under house arrest. The government did let National Conference leaders meet the Abdullahs, former chief ministers Farooq and Omar, thus allowing the meeting to take place.
Mehbooba’ party, however, continues to be in the crosshairs of the government, apparently for her “anti-national remarks” and starker public opposition to the developments of August 5, 2019.

PDP leaders said that hours ahead of the scheduled meeting, the police had told them not to leave their homes.

Party general secretary Ghulam Nabi Lone said the meeting had to be cancelled. “It seems the government is scared of us,” he said.

The party said it had earlier written to the divisional commissioner for Kashmir, inspector-general of police (IGP) for Kashmir, IGP security, Srinagar deputy commissioner, Srinagar senior superintendent of police (SSP) and the SSP security informing them about the scheduled meeting but received no response.

“We had pledged to ensure compliance with the Covid-19 protocol but were not allowed (to hold the meeting),” Lone said.

Recently, the National Conference and other parties had taken a joint public pledge to fight for restoration of Article 370.