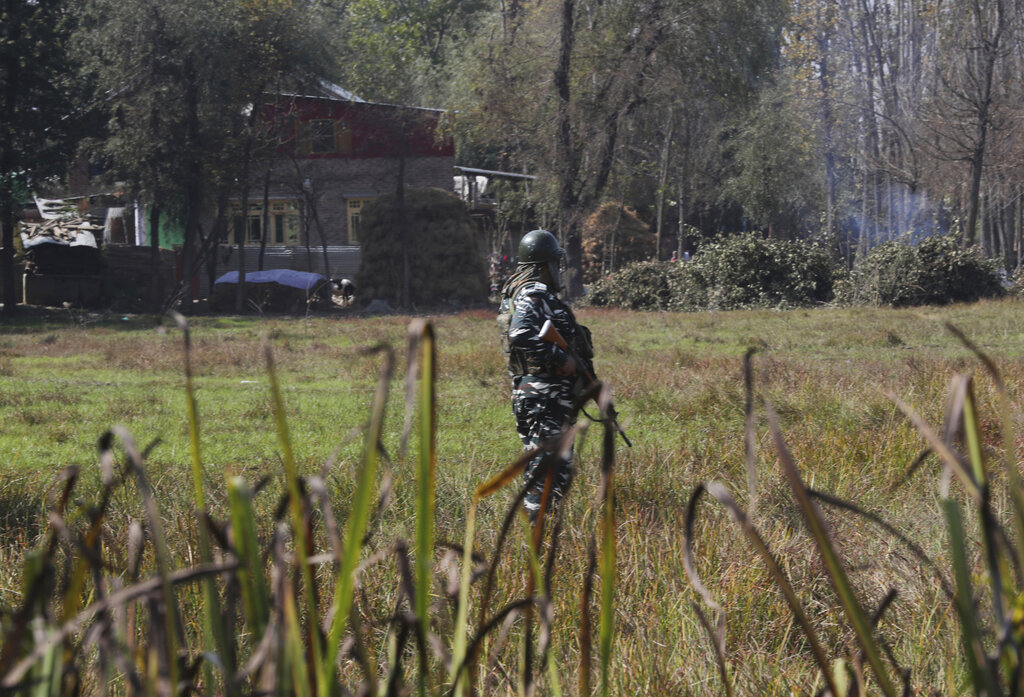 At least seven fact-finding teams have been to Kashmir after the lockdown started on August 5.

Each has come back with similar as well as new findings. The members of these teams were individuals or representatives of rights organisations.

Every team mentioned the heavy presence of uniformed forces and almost all spoke about the detention of children by the police and the paramilitary.

Several teams also came back with anecdotes of paramilitary searches in homes at night. Many residents also spoke to them about how the communication blackout had crippled lives and served a body blow to businesses.

At least one team that visited the Valley in October drew a contrast between life in Jammu, where all seemed normal, and in Kashmir, where despite the relaxation of curbs, there seemed to be a civil disobedience on against the government and its forces.

Over the months, some relaxations have been announced by the state administration. Schools and colleges have opened, but students have largely stayed away. Post-paid mobile connections have been revived after 70 days, but internet services and prepaid connections are still inoperable.

The following are key points in the reports of the fact-finding teams.

What they said: Drèze and team were the first to visit Kashmir, four days after the abrogation of special status to the state.

In a news conference in Delhi, the team said they heard of children being taken away by security forces after the lockdown started. “Boys as young as 10-11 years, or even younger, were picked up from their homes or roads in the middle of the night,” the team wrote in its report, in which it recorded a conversation with an 11-year-old boy in Pampore who was detained by forces and said that children older as well as younger than him had been detained.

The team also found pellet shot victims in the Valley and described the case of Samir Ahmad who was shot in the face. “It is clear that the pellet guns are deliberately aimed at the face and the eyes, and unarmed peaceful civilians standing at their own front doors can be targets,' the team wrote.

The team observed that barring a few ATMs, chemist shops and some hospitals, nothing else worked. All roads were closed, even on Id.

In the report, the team said they heard 'zulm (oppression)', 'zyadti (excess)' and 'dhokha (betrayal)' over and over again from people about the government’s move.

What he said: Jamwal filed his fact-finding report as an affidavit in the Supreme Court [with an earlier petition by Kashmir Times executive editor Anuradha Bhasin. His visit was limited to Srinagar where he spoke to several journalists about media and press freedom.

Journalists had started using motorbikes mostly to travel because of public transport restrictions, but “their motorbikes are seized by security forces, and they are asked to prove that they are journalists”, Jamwal wrote. The lack of public transport also prevented printing press staff from commuting as they, unlike journalists, had no passes for movement. The government, however, said there were no restrictions on movement.

After about 15 days of lockdown, the government set up a media centre in a hotel called R.K. Sarovar Portico in Srinagar. For about 50 to 100 journalists on any given day, there were four computers, one mobile phone with no internet and a slow broadband internet service, the affidavit said. “Every journalist is expected to furnish information about the person being called on the phone and the information to be sent as news item,” Jamwal wrote. He also mentioned about several instances when photographs and videos shot by journalists were deleted.

Date of visit: August 30 to September 3

What the report says: The duo spoke to over 70 journalists and editors of newspapers and websites in Srinagar and south Kashmir, as well as members of the local administration and citizens.

Their report said the “government’s control of the narrative of normalcy is near total” in the absence of ground reporting.

The report talked about surveillance, informal investigations and harassment of journalists. They also mentioned that there was a “clear ‘unofficial’ directive regarding what is permissible content”. The report said: 'High ranking police officers reportedly came to media offices to tell media-persons to keep off some topics: protests, stone pelting, restrictions.'

Residents  also mentioned unofficial curfew - no order for a curfew was given.

The team found that landlines were working only in some areas but not in the press enclave, which housed most newspaper offices. This had led to a communication gap between reporters on the ground and the editors sitting in Delhi.

The report wrote about the “absence of the editorial voice in major newspapers in Kashmir; instead, editorials on ‘soft’ subjects such as vitamin consumption”.

Who: by Annie Raja, Kawaljit Kaur and Pankhuri Zaheer from the National Federation of Indian Women; Poonam Kaushik from Pragatisheel Mahila Sangathan; and Syeda Hameed from the Muslim Women’s Forum

What they wrote: The team visited Srinagar and villages in Shopian, Pulwama and Bandipora.

From shops and hotels to schools and colleges, they found everything shut in the Valley. The report noted that people told them they had been caged.

The report wrote about mothers waiting for their detained children to return. “Boys as young as 14 or 15 are taken away, tortured, some for as long as 45 days,” the team wrote. They said that an estimate given to them was that around 13000 boys were lifted during the lockdown. The report did not explain how the team reached this figure.

The report said that when fathers went to rescue their children they are made to deposit money, anywhere between Rs 20,000 to Rs 60,000.

They noted that women could not reach hospitals in time for deliveries. Some had even delivered premature babies because of the stress, while ambulances were being stopped at check points. In medical emergencies, junior doctors couldn’t reach seniors on time because there wasn’t a way to communicate.

The report concluded that “all those claiming that the situation is slowly returning to normalcy are making false claims”.

Who: A four-member team of Kiran Shaheen, Nandini Rao, Pramodini Pradhan and Shivani Taneja from Women against Sexual Violence and State Repression

What the report said: The team spoke to women and children in Srinagar, Shopian, Kupwara and Baramullah. They visited villages and mohallas as well as schools, courts and hospitals.

“Speaking out and sharing stories that cast doubt on the official narrative invites the wrath of the forces,” they wrote.

They mentioned words and phrases that dominated conversations: zulm (oppression), apne gharon mein qaid (jailed in our own homes), zakhm jinka koi marham nahin (wounds that are beyond healing) and aazaadi (freedom).

They quoted a woman in Kupwara in whose home the army had barged in. When she protested the intrusion she was threatened.“Do you know what happened in Kunan Poshpora? We will do the same with you all,' she was told.

The team found that in Srinagar and in villages nearby, security forces have barged into homes at night. Women and girls lived in constant fear of molestation and abuse. “In localities of Srinagar, women and girls would be sent to sleep in ‘safer’ zones where police raids were not frequent. Due to fear and uncertainty related to the future, there is a severe impact on people’s mental and emotional health,” the report said.

They spoke to about 75 people in Srinagar, Shopian and Sopore and mentioned in the report that almost every single person wanted aazaadi. They wrote that people in the Valley were following a behavior pattern akin to non-violent civil disobedience.

Comparing it to the days after killing of Burhan Wani in 2019, the report wrote: “First, now there is no leadership and people are acting on their own. Second, the resistance is across the Valley (earlier it was mostly south Kashmir), and third, even those who were earlier with the Indian government are now completely alienated.”

They said that lawyers told them about 300 habeas corpus petition that had become infructuous in the barely functioning Jammu and Kashmir High Court.

The report said that although there were officially no restrictions, shops opened for two hours every day, from 7 am to 9 am in a largely voluntary hartal.

“Kashmir is on the edge, humiliated, angry, disturbed and disrobed,” a local journalist told them.

The report concluded that people in Kashmir were no longer interested in an interaction with the Indian state. “That space is now dead,” they wrote.

The team had anecdotes of army and paramilitary forcing people to open their establishments. They also wrote about the civil disobedience that Kashmiris had resorted to. “We are the only occupants in our hotel, which has 45 rooms, most are booked out at this time of the year,” they wrote.

The report wrote about accounts of torture, arrests, even of young boys detained under the draconian Public Safety Act.

The psychiatrist in the team, Kala, observed that people suffered from heightened anxiety and sleep disturbances. “PTSD or post-traumatic stress disorder occurs after stressful events which are outside the gamut of usual stresses of routine life and Kashmir at present fits that bill and it will be highly surprising if a few months from now we do not find extraordinarily high rates of PTSD,” he said.

They visited Jammu where there was no lockdown. Shops and restaurants were open, landlines and mobile networks worked, and broadband internet worked.