Valley calls out ‘lies’ in House 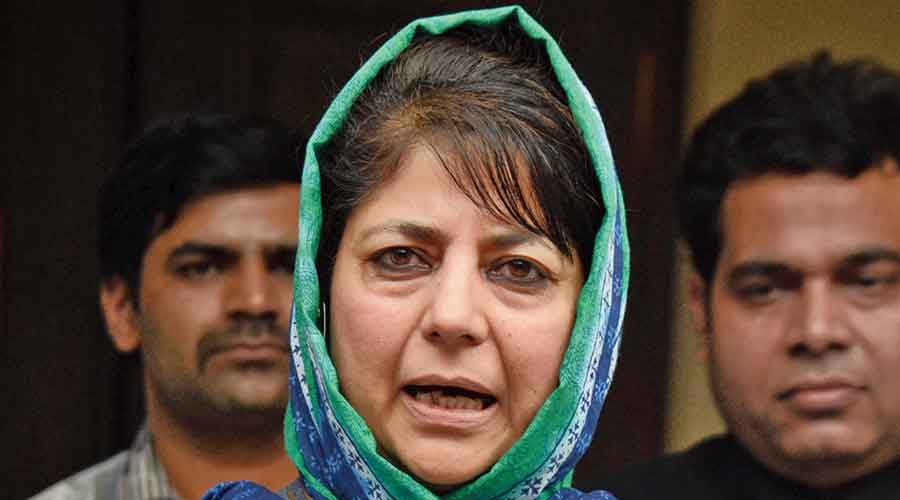 Iltija Mufti, whose mother and PDP chief Mehbooba Mufti (in picture) is in detention, said it was shameful that “cabinet ministers are using Parliament as a forum to disseminate lies”.
Muzaffar Raina   |   Srinagar   |   Published 16.09.20, 01:27 AM

Kashmir politicians on Tuesday reacted with outrage to the Narendra Modi government’s claim in Parliament that no person was under house arrest in the Valley, accusing the Centre of “excelling in all” forms of lies.

Union minister of state for home G. Kishan Reddy said in a written response in the Lok Sabha that 223 people were currently under detention in Jammu and Kashmir but no one was under house arrest.

Reddy was responding to Trinamul Congress MP Saugata Ray’s question seeking details of arrests and house arrests of political leaders in Jammu and Kashmir since the scrapping of the erstwhile state’s special status on August 5 last year and the number of militant attacks since then.

“As on September 11, 2020, 223 persons are under detention. No person is under house arrest in the UT of Jammu and Kashmir,” Reddy’s written reply said. On terror attacks since August 5 last year, the minister said “nil”.

Former People’s Democratic Party minister Naeem Akhtar, who is allegedly under house arrest, tweeted: “There are many categories of lies. Lies, white lies, data, judicial lies (spoken on oath), parliamentary lies: This government excels in all.”

PDP leader Waheed ur Rahman said the government was “blatantly” lying in Parliament. “It has now been 7 months of house arrest and 6 months of detention for many of us, since 5 August, 2019,” Rahman tweeted.

Iltija Mufti, whose mother and PDP chief Mehbooba Mufti is in detention, said it was shameful that “cabinet ministers are using Parliament as a forum to disseminate lies”.

Earlier, the government had told the Supreme Court that former Union minister Saifuddin Soz was not under house arrest, after his wife had approached the top court against his allegedly illegal detention.