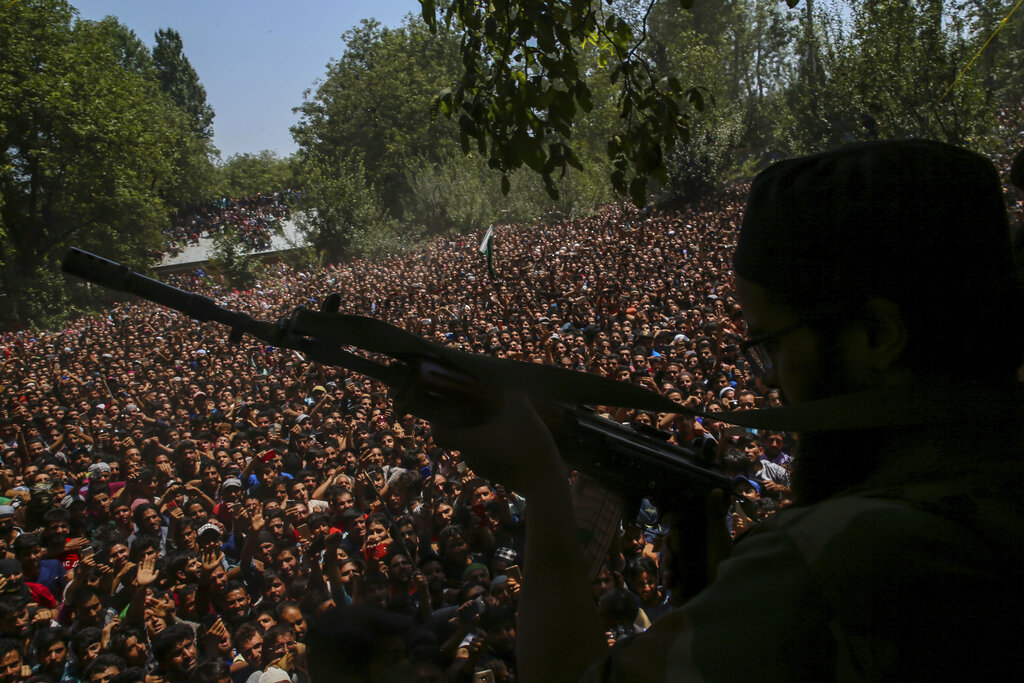 With most of their leaders behind bars, two Valley MPs from the National Conference have begun to speak out, breaching self-drawn red lines and offering the most damning criticism yet of the revocation of Jammu and Kashmir’s special status.

Anantnag MP Hasnain Masoodi and Baramulla MP Akbar Lone, the only two prominent National Conference leaders still free, have compared the Centre’s move to the “tribal invasion of the state” in 1947 and dubbed it “an aggressive, deceitful conquest and thievery”.

“The tribal raid in 1947 was aimed at depriving the people of all decision-making powers. Our special constitutional rights like the flag, language and culture have (now) been taken away,” Masoodi told The Telegraph at his Sanat Nagar residence in Srinagar.

“Even the right to governance has been snatched by reducing it (the state) to a Union territory. The J&K Assembly is nothing but a municipality now. What is most painful is that New Delhi is celebrating the deceit and betrayal.”

The tribal invasion of 1947 was the immediate reason that the then Dogra monarch, Hari Singh, agreed to Jammu and Kashmir’s accession to India, with support from National Conference founder Sheikh Mohammad Abdullah. Both New Delhi and the National Conference have traditionally described the invasion as Pakistani aggression.

Masoodi, a former high court judge, had defeated Mehbooba Mufti in this year’s Lok Sabha election from Anantnag. His escorts have been withdrawn, as have Lone’s, and their cellphones are not working.

Masoodi and Lone issued a joint statement recently describing New Delhi’s “unilateral and immoral act of backtracking on the constitutional assurances” given to the state as “no less than an aggression on the state” and equating it to the “tribal invasion of Kashmir following freedom from imperialists”.

They added: “The stealing of the state’s rights through unilateral and unconstitutional means is no less than an aggressive, deceitful conquest and thievery.”

Masoodi told this newspaper that the way the special status was scrapped was nothing less than “an invasion”.

“There were no consultations. It was done in so much secrecy, bypassing the Assembly and disregarding the (non existent) constituent assembly (of the state),” he said.

Masoodi said the decision had raised a question mark over Sheikh Abdullah’s decision to support the instrument of accession in 1947, for which many Kashmiris criticise him now. “I have no doubt about it. His (Sheikh Abdullah’s) politics was about joining a secular state to protect the pluralistic composition of our state,” he said.

“There are two camps in J&K: self-determinationists and resolutionists. The resolutionists like the National Conference would wean people away (from the pro-independence camp) on the plank of Article 370 and argue that J&K was better off with India because of its special status, identity and autonomy,” he said.

Masoodi said New Delhi’s game plan was to discredit and demonise the political forces and political families in the Valley and plant “new saplings”. He said history was witness that “neo-colonial forces” the world over had used corruption as the excuse to do that.