Residents said the clerics had arrived during the afternoon prayers 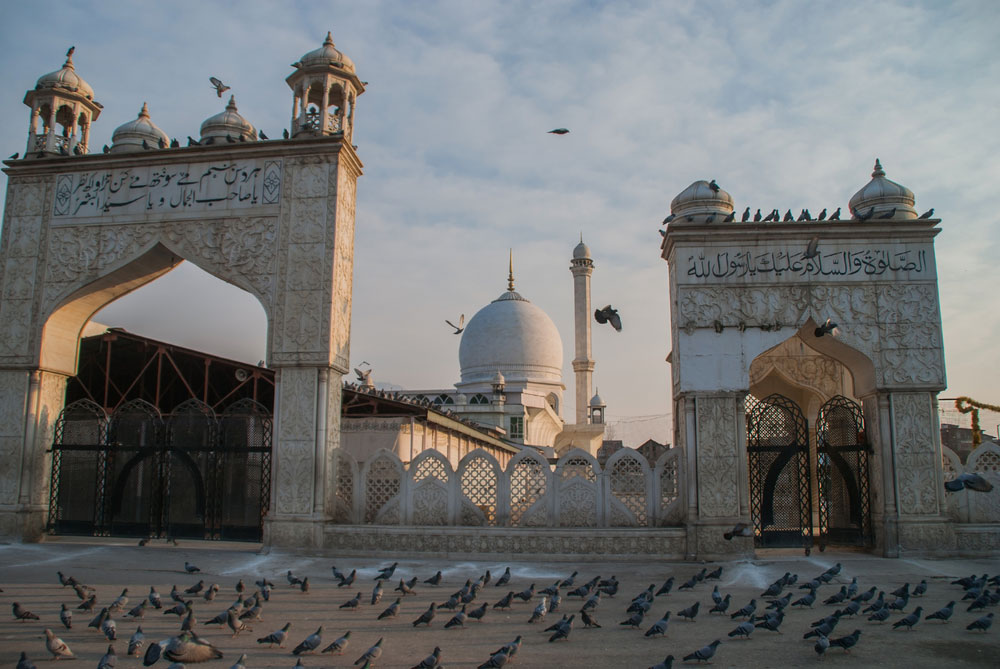 A group of Sufi clerics from mainland India who were apparently on a mission to placate Kashmiris were heckled, greeted with anti-India slogans and forced to beat a retreat during a visit to Srinagar’s Hazratbal shrine on Saturday.

The protesters apparently suspected that the government was playing a Sufi card to divide Kashmiris on sectarian lines. That the Sufi clerics faced such hostility at the renowned shrine was a measure of the public anger at the August 5 revocation of Jammu and Kashmir’s special status.

Clerics from the All India Sufi Sajadahnishin Council, headed by Syed Nasiruddin Chishti, heir to the chief priest of the Ajmer Sharif Dargah, were on a three-day visit to the Valley “to ascertain the ground situation”. The 17 members of the delegation came from several prominent shrines, including Ajmer Sharif and Nizamuddin.

Theirs is probably the first outstation delegation that the state government has hosted since August 5, providing it with heavy security and permitting it to reach out to people. The government had earlier sent back several high-profile delegations, while allowing some others to visit the Valley only after court intervention.

Eyewitnesses said hundreds of devotees chanted pro-independence, anti-India and anti-Narendra Modi slogans to express anger against the clerics’ visit to the Hazratbal shrine.

“People chanted slogans like, ‘Go India, go back’ and ‘We want freedom’. The protesters surrounded the Sufi clerics but did not harm them. The (visiting) maulvis rushed out of the shrine, and police escorted them to safety,” said a devotee.

Residents said the clerics had arrived during the afternoon prayers. “They also offered prayers but afterwards, people were agitated by their presence, particularly because they were wearing saffron robes,” an elderly resident said.

“People thought they had been sent by the Indian government. Old and young, men and women joined the sloganeering and for a moment I thought my heart would collapse.”

He added: “Hundreds had come to offer funeral prayers for a woman on the shrine lawns. They all joined the sloganeering.”

Police sources said the delegation later travelled to the Makhdoom Sahib shrine, a few kilometres away in the city’s old quarters. But seeing a crowd gathering there, they dared not climb the steps to the shrine, located in the foothills.

Sources said the delegation visited the Sonwar shrine and the G.P. Hospital without incident on Sunday.

Chishti denied there was any sloganeering at the Hazratbal shrine while the visiting clerics were there. He said the delegation did not visit the Makhdoom Sahib shrine as a fair was on there and the clerics did not want to inconvenience people.

“Maybe there was some reaction (at Hazratbal) after we left,” he told The Telegraph. He claimed the people showed the visiting clerics a lot of respect and some even kissed his hand.

His spokesperson, Deepak Sharma, however, said theirs was a big delegation, some of whose members had left the shrine earlier than the rest. “Some members heard the slogans,” he admitted.

Chishti refused to comment on the revocation of the state’s special status and denied the delegation had come at the government’s behest.

“It’s our own initiative. We had written to the governor (Satya Pal Malik) to allow us to visit the Valley. Our first request was turned down but when we asked again some 10 days ago, we received permission,” he said.

Chishti said the purpose of the visit was to integrate Kashmiris with the national mainstream and revive Sufiyat (the Sufi stream of Islam) in Kashmir. He said the clerics wore saffron robes because the colour is linked to Sufi Islam.

“The colour belongs to Hinduism but it was adopted by Khawaja Moinuddin Chishti (the founder of Sufi Islam in India) around eight centuries ago,” he said.

“We are here to promote Sufism and its message is love, love and love…. All Indians are brothers and sisters.”