Advertisement
Home / India / Kashmir civic polls still on, but governor knows who will be Srinagar mayor 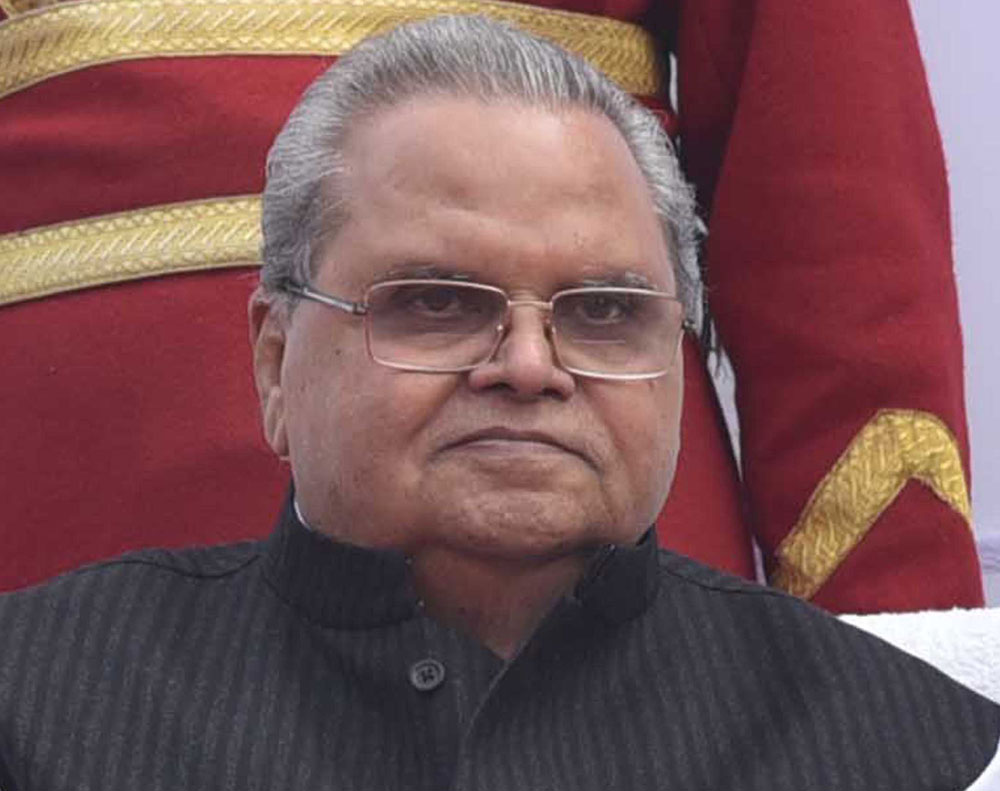 Eleven days before the Jammu and Kashmir municipal election results are announced, new governor Satya Pal Malik has let on that a “foreign-educated” person would be elected Srinagar mayor, prompting critics to cite the claim as yet another example of the Centre fixing polls.

“My information is that all the parties (that are boycotting the civic polls) are regretting that they are not participating because in Srinagar they are getting a mayor who is foreign-educated,” Malik, who had been for long associated with the BJP, told a news channel. The governor said the person, who he did not name, was “a young leader” and if “he emerges it will send jitters to these parties”.

Jammu and Kashmir is under governor’s rule since the BJP withdrew support to the Mehbooba Mufti government.

The municipal polls, being held in four phases the first of which took place on Monday, are already facing a credibility crisis with two key regional players, the National Conference and the Peoples Democratic Party, boycotting the process.

No candidate came forward to file nominations in 177 of Kashmir’s 598 wards, while another 215 wards had only one person in the fray, ensuring that they won unopposed. Elections are being held to the remaining 206 wards, with the BJP and the Congress and Independents are in the fray. The first phase clocked an abysmal turnout of a little over 8 per cent in the Valley. There are 74 wards in Srinagar, where voting will be spread over all four phases.

Asked if his decision to go ahead with the elections was correct in the absence of the major players, governor Malik said the NC and the PDP were to blame for the low turnout. He claimed the two parties did not participate in the municipal polls because they were posturing for the Assembly elections.

Although Malik did not name the person he was referring to as the next Srinagar mayor, it has been heard on the grapevine that he could be referring to Junaid Mattu, a former NC spokesperson who deserted the party in September and is contesting as an Independent. There has been speculation that Mattu could be in talks with the BJP. He did not respond to calls from The Telegraph.

Mattu is a postgraduate in economics from Michigan State University and had dabbled in separatist politics before joining the mainstream discourse. He is known to have taken a stand against separatists, including hawk Syed Ali Shah Geelani, on several issues, but has no political constituency of his own.

The mayor will be elected by the new councillors after the municipal poll results are announced on October 20.

Civil rights activist Khurram Parvez said Kashmiris always believed that it was New Delhi, not they, who decided the fate of elections in the troubled state. “Now you have another proof. We all know how elections were rigged here. But after the 2002 Assembly elections held with (Atal Bihari) Vajpayee at the helm at the Centre, it used to be done in a more sophisticated way. This government (under Prime Minister Narendra Modi) is again doing it brazenly,” Parvez said.

NC leaders issued a statement saying Malik’s remarks were shocking and that they had put a question mark on the impartiality of the governor’s office.

“The ongoing election process is a smokescreen to hide the machinations of the governor’s office to throttle the democratic institutions in the state,” the statement said.

“There is already a big question mark on the fairness of the ongoing… elections in the Valley. Adding to the confusion, the governor’s remarks reveal that he has no reverence for the due process of elections,” it added.

State Congress vice-president Ghulam Nabi Monga said the municipal polls had lost all credibility as the “RSS-BJP had already decided who Srinagar’s mayor would be”.

“The governor, being the constitutional head of the state, should not play into the hands of the BJP and the RSS,” Monga said.