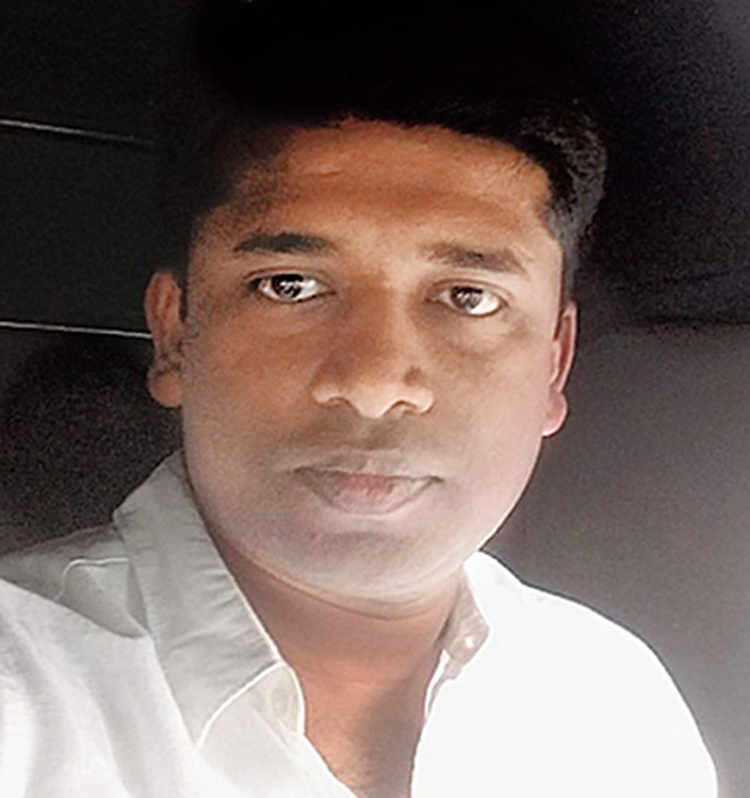 Kannan Gopinathan, who had resigned from the Indian Administrative Service last August to get “my voice back”, has refused an offer to rejoin the service.

He said a government department had emailed him a letter “about a week ago” urging him to rejoin the civil services, emphasising that his resignation had yet not been accepted.

Gopinathan did not identify the department or say whether it was part of the central government or a state or Union Territory.

“I saw the letter just two days ago since I had not checked my email. But I promptly replied expressing my inability to be reinstated as an IAS officer,” he told The Telegraph on Friday from Mumbai.

He said he had underlined in his reply to the email that the government had stopped paying his salary as soon as he had resigned.

At the time he had resigned, the 2012-batch officer from Kerala was secretary for power and non-conventional energy in Dadra and Nagar Haveli.

He had then told this newspaper that his decision “had a lot to do” with the lockdown clamped on Jammu and Kashmir after the then state’s autonomy was revoked on August 5.

Gopinathan later became a key figure in the battle against the amended citizenship law, helping organise nationwide protests and speaking on the importance of fundamental rights and constitutional values.

The letter asking him to return to the civil services cited the Epidemic Disease Act 1897 and Section 6(2)(i) of the National Disaster Management Act 2005 to impress on him that all civil servants were required to join the battle against the coronavirus pandemic.

In his reply, Gopinathan said he had “resigned from the Indian Administrative Service close to 8 months back, in August 2019” and that the government “has also not been processing my salary since then. Hence I am in no obligation to reply.”

He, however, wrote that he was ready to help as a citizen.

“I have made it clear that I would be happy to be of any help as a responsible citizen. I personally feel that I can do better now than (I could as) an IAS officer,” he told this newspaper.

Gopinathan said he was surprised that the government wanted him back. “My salary was stopped in August, the same month I resigned. So I don’t know why they want me to join now.”

He said he did not regret quitting the service. “While my powers as a government officer have ceased with my resignation, my influence has increased manifold since I began working with the people,” he said.

“I have been expressing my views freely, whether it’s on Article 370, the CAA (Citizenship Amendment Act) or Covid-19. So I’m ready to be of any assistance to the government as a citizen outside the purview of government service.”

Gopinathan had in 2018 set an example in humility and altruism by taking leave and working as an ordinary volunteer at a flood relief camp in Kerala.

Sent by the Dadra and Nagar Haveli administration to deliver a cheque for Rs 1 crore to Kerala chief minister Pinarayi Vijayan as flood relief, he had spent a few days working incognito at a relief camp.

He was unloading relief material from a truck when another IAS officer recognised him.