Ever since he was was elevated to the Supreme Court, Justice Chandrachud has been voicing his opinions in high-profile cases 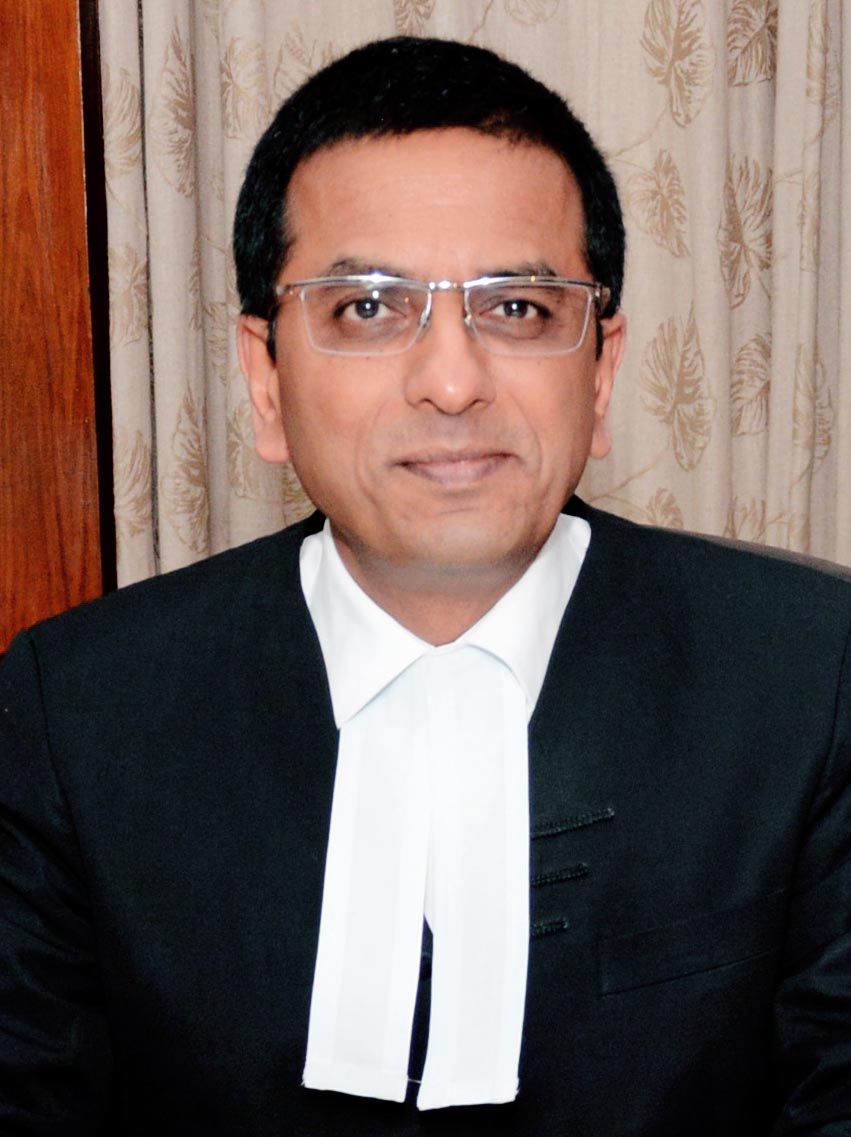 Justice D.Y. Chandrachud has remained resolute in his commitment to uphold the “conscience of the Constitution”.
Paran Balakrishnan   |   New Delhi   |   Published 27.09.18, 12:22 PM

Back in February, hearing arguments in the landmark Aadhaar case, Supreme Court Justice Dhananjaya Y. Chandrachud laid out his cards. “Since the beginning, I am hearing this — that if I am not with you, then I am an Aadhaar judge,” Chandrachud said, adding firmly, “We are not defending the government. Nor are we going to follow the NGO line.”

Yesterday, in pursuing what he called his commitment to uphold the “conscience of the Constitution”, Chandrachud found himself in a minority when the Supreme Court bench in a 4-1 decision backed the legality of the government’s identity programme, the world’s biggest biometric database.

But for many Aadhaar critics, Chandrachud’s trenchantly worded dissenting verdict made him a star and further burnished his liberal credentials. “With his dissent in Aadhaar, Justice D.Y. Chandrachud has established his leadership as a true liberal in the Supreme Court of India,” said senior lawyer and legal rights activist Indira Jaising.

The government was quick to declare an outright victory in its fight to ensure that Aadhaar stayed on the statute books. But the losing side wasn’t terribly disheartened by the Supreme Court’s ruling which, while declaring the scheme did not violate the right to privacy, did place important limits on how Aadhaar information could be used. Said one lawyer about Chandrachud’s decision: “It’s a good judgment. It’s unfortunately a dissent, but it certainly gives us something to build on.” Other Aadhaar opponents said they would immediately file a review petition before the court based on points raised in Chandrachud’s judgment.

It might be said that Chandrachud, who’s 58, has long been rehearsing for his role as a Supreme Court judge. He’s from one of the country’s most distinguished legal families and his father Yeshwant Vishnu Chandrachud was Chief Justice of India for seven years — from 1978 to 1985 — the longest term of any Supreme Court top judge.

Dhananjaya Chandrachud graduated from St Stephens College in mathematics and economics in 1979, then completed a law degree at the University of Delhi in 1982. From there, he obtained first an LLM degree and then a Doctorate of Judicial Sciences from Harvard. His last post before joining the Supreme Court was as Chief Justice of the Allahabad High Court.

In 2022, as per current seniority, Chandrachud is scheduled follow in his father's footsteps and serve as Chief Justice for two years. His son, Abhinav Chandrachud, has already distinguished himself as a legal scholar and recently wrote a book, Supreme Whispers, about India’s Supreme Court.

Aadhaar: Who is the bigger loser?

Ever since Chandrachud was elevated to the Supreme Court, he’s been sitting mostly in Court No. 1, along Chief Justice Misra, and that’s given him the opportunity to voice his opinions in high-profile cases like the one about singing the National Anthem.

He’s a plain speaker — as evidenced last year when he criticised the logic behind the 2016 order that cinema-goers must stand when the National Anthem is played. He said there was no need for an Indian to “wear his patriotism on his sleeve”. He must also have played a role in persuading the Chief Justice to change his views on the Anthem.

Chandrachud has also had to contend with some of his father’s judgments, most notably when he wrote the majority judgment in the landmark 2017 Privacy case. The ruling struck down the controversial 1976 ADM Jabalpur Vs Shivakant Shukla verdict by the bench, which included his father, that denied the right to fundamental liberties during the Emergency. The privacy decision was the backbone of many arguments in the Aadhaar ruling — and privacy also happens to be a key running theme with Chandrachud. Just recently, he was on the bench which struck down large parts of Section 377 of the Indian Penal Code. His ruling on Section 497 of the Indian Penal Code was in keeping with his well-known views.

The smart money had already predicted that the court would strike down a handful of Aadhaar provisions but keep its key features intact. There was, experts argued, too much at stake to quash it totally. And that’s exactly how it played out with three judges striking down portions, including how long data can be stored and Section 57, which allows private parties like banks and telecom service providers to demand Aadhaar information from new customers.

But Chandrachud zeroed in on an overarching point. A large part of his 475-page judgment was devoted to analysing whether the government was right to declare that the Aadhaar statute was a money bill, and therefore did not need to be placed before the Rajya Sabha. As a corollary, he also had to decide whether the Lok Sabha Speaker’s decision about what constituted a money bill could be challenged.