Ex-judge: Every institution being destroyed

Justice Shah came down heavily on the alleged misuse of Unlawful Activities Prevention Act, which he said is being used to stifle dissent and put people in jail by branding them anti-nationals

Justice Ajit Prakash Shah, who had also served as chairperson of the Law Commission of India, was delivering the Justice Suresh Memorial Lecture on Friday evening on “The Supreme Court in Decline: Forgotten Freedoms and Eroded Rights”.
Shutterstock
Our Legal Correspondent   |   New Delhi   |   Published 20.09.20, 02:28 AM

Every institution designed to hold the executive accountable is being systematically destroyed in India since 2014, when the BJP government came to power, a former chief justice of Delhi High Court has said, describing the decline of the Supreme Court as the most troubling.

Justice Ajit Prakash Shah, who had also served as chairperson of the Law Commission of India, was delivering the Justice Suresh Memorial Lecture on Friday evening on “The Supreme Court in Decline: Forgotten Freedoms and Eroded Rights”.

“We might not be in a state of war but we are in a state of emergency, unprecedented for generations. Central to all this, and certainly, of most concern to me, is the role of the Supreme Court,” the former judge said.

“In India today, every institution, mechanism or tool that is designed to hold the executive accountable, is being systematically destroyed. This destruction began in 2014 when the BJP government came into power. There is a temptation to compare this with the blatant destruction that the Indira Gandhi government indulged in the past, but comparisons are odious,” he said.

Justice Shah came down heavily on the alleged misuse of the Unlawful Activities Prevention Act (UAPA), which he said was being used to stifle dissent and put people in jail by branding them “anti-nationals”.

The Supreme Court, he said, had through an April 2019 judgment done grave disservice by evolving the new doctrine that a suspect arrested under UAPA has to remain in jail without bail till the conclusion of trial, even if it is eventually proven that the evidence was inadmissible.

The decision in the NIA vs Zahoor Watali case on the interpretation of the UAPA has affected all downstream decisions involving the statute, he said.

“The illogic of this veers on the absurd: Why must an accused remain in jail only to be eventually acquitted? According to the decision delivered by Justice Khanwilkar and Justice Rastogi, in considering bail applications under the UAPA, courts must presume every allegation made in the First Information Report to be correct. Further, bail can now be obtained only if the accused produces material to contradict the prosecution,” he said.

“In other words, the burden rests on the accused to disprove the allegations, which is virtually impossible in most cases.”

This is being abused by the government, police and prosecution liberally, he said, and dissenters are routinely charged with sedition or criminal conspiracy and with UAPA provisions.

“Due to the Supreme Court judgment, high courts have their hands tied and must perforce refuse bail as disproving the case is virtually impossible,” the former judge said.

“The effect is nearly identical to the draconian preventive detention laws that existed during the Emergency, where the courts deprived people access to judicial remedy. If we want to prevent the disasters of that era, this decision must be urgently reversed or diluted, otherwise we run the risk of personal liberties being compromised very easily,” Justice Shah said.

The former judge said this abuse of the UAPA and constant rejection of the bail aplications of the accused as a means of silencing opposing voices can be seen most in the Bhima Koregaon cases. 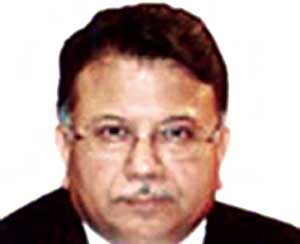 “In the face of all this, the one institution which has the capacity to turn the tide is the judiciary. Unfortunately, it seems to have lost its way. There was a period in history, during the Emergency, as well when the Supreme Court failed the nation, but it realised its follies and returned to its natural path in course of time,” he said.

“Even if Parliament has been debilitated, other entities should have stepped up to the plate and kept the executive in check. We have heard nothing of the Lokpal since forever. The National Human Rights Commission is dormant. Investigation agencies are misused at the slightest opportunity,” the former judge said.

“The Election Commission of India appears to have been suspiciously compromised. The information commission is almost non-functional. The list is long and troubling. Even academia, the press and civil society have been systematically destroyed or silenced. Universities are under attack daily, whether it is students being accused of rioting, or teachers being accused of criminal conspiracy.

“The idea of an unbiased mainstream fourth estate in India died its death a long time ago. And civil society is being slowly but surely strangled, through various ways.

“But the most worrying of all is the state of the judiciary.”

Role of the court

With Parliament weakened, the Supreme Court would have been the next best space to discuss the Kashmir trifurcation, the constitutional validity of the Citizenship Amendment Act, the suppression and criminalisation of the protests against this law, the misuse of draconian legislation like the sedition law and the Unlawful Activities Prevention Act, and the electoral bonds, he said.

“Sadly, most of these are ignored or brushed aside or mysteriously kept pending for an indefinite period of time,” Justice Shah said.

“Our Supreme Court today, sadly, has time for a billion-dollar Indian cricket administration, or the grievances of a high-profile journalist, but (it has) studiously ignored the real plight of millions of migrants, who do not have either the money or the profile to compete for precious judicial time with other litigants.”

Justice Shah recalled how the Supreme Court had, when it did take up the migrants’ issue after the longest time, accepted the government’s “bizarre” argument that the exodus was caused by fake news.

Democracy derives its legitimacy from representing the will of the majority, Justice Shah said.

“But this legitimacy comes at a cost, which is invariably borne by minority groups, and especially those that are unpopular or victims of deep prejudice and who cannot influence the legislature in any way. This power to protect minorities from the tyranny of the majority is the basis of judicial review powers that allow the courts to strike down laws for violating the Constitution,” he said.

“Now, though, it seems that the court is turning away from decades of its own history, and is, instead, aligning with the majoritarian view unhesitatingly and without question. Two recent cases which demonstrate this clearly are Sabarimala and Ayodhya.”

Another kind of repression, perhaps unprecedented in modern India, is the stifling of the right to protest and the right to free speech, Justice Shah said. He cited the crackdown on the anti-CAA protests and the implication of civilians critical of the government in the Delhi riots. The government is using every imaginable means to silence dissent and the judiciary is watching this happen, like a mute spectator, he said.

But in conclusion, Justice Shah voiced the hope that the judiciary would return to its glorious era of zealously guarding the fundamental rights of the citizens.

“The Supreme Court has had a glorious past that it should be proud of. The statesmanship that the 13-judge constitution bench exhibited in the decision in Kesavananda Bharati, where the ‘basic structure’ doctrine was laid down and judicial custody of the Constitution reclaimed, is but one shining example of what the court is capable of,” he said.

“Now, too, we have many judges and exemplary lawyers in practice who are sincere and committed to constitutionalism and to the rule of law. I expect they will rise to the occasion. The occasion is now.”

The former judge recalled that Jawaharlal Nehru had said in the Constituent Assembly that the country needed “judges of the ‘highest integrity’, who would be ‘(persons) who can stand up against the executive government and whoever might come in their way’”.

“I am hopeful that we will once again be able to see judges like these thrive in India,” Justice Shah said.

Detainees during the Covid-19 pandemic