The government has said the legislation is aimed at ensuring transparency 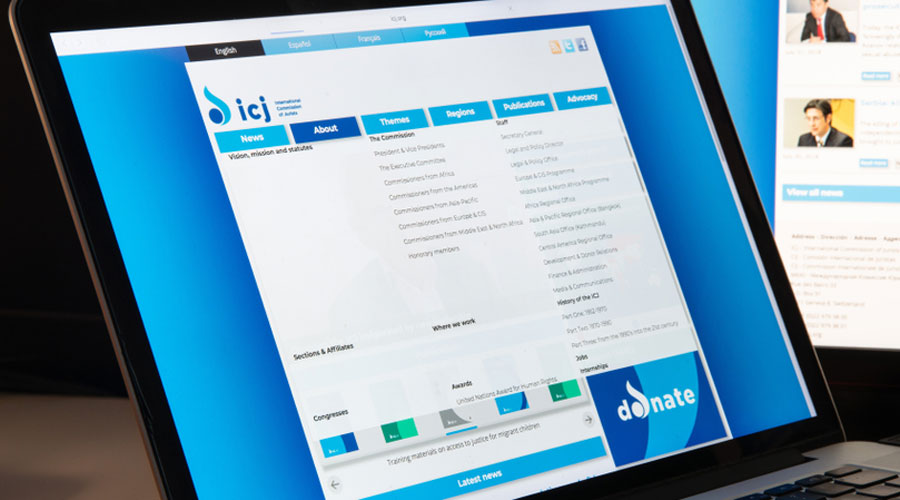 The commission, an NGO that defends human rights and the rule of law worldwide, noted that “the restrictions in the Bill continued a larger pattern of threats and harassment faced by civil society in India”.
Shutterstock
R. Balaji   |   New Delhi   |   Published 25.09.20, 01:27 AM

The Geneva-based International Commission of Jurists has condemned the passage of the Foreign Contribution (Regulation) Amendment Bill in the Indian Parliament, saying it would seriously undermine the work of civil society and small NGOs that seek to safeguard the freedom of speech and fundamental rights with the help of foreign funding.

The commission, an NGO that defends human rights and the rule of law worldwide, noted that “the restrictions in the Bill continued a larger pattern of threats and harassment faced by civil society in India”.

“The Indian government has sought to restrict human rights defenders from travelling outside India and used overbroad laws like sedition (Section 124A, Indian Penal Code) and Unlawful Activities Prevention Act, 1967, to arbitrarily arrest human rights defenders. At present, over 20 human rights defenders are in pre-trial detention. The spirit of the Bill is to stigmatise certain NGOs and lend credence to the authoritarian voices that have attacked them as ‘anti-national’,” the commission said.

According to the commission, the proposed law had significantly amended the previous Foreign Contribution (Regulation) Act, 2010, which too had imposed overbroad and vague restrictions on civil society.

The bill, which cleared the Rajya Sabha on Wednesday and is awaiting presidential consent, makes it mandatory for NGO office-bearers to furnish their Aadhaar numbers, enables the Centre to allow NGOs or associations to surrender their FCRA certificates and bars public servants from receiving funds from abroad. The government has said the legislation is aimed at ensuring transparency.

While tabling the bill in the Rajya Sabha, minister of state for home Nityanand Rai had said the proposed amendments were in the interest of good NGOs that want to do good work in the country. “Those NGOs which do not adhere to transparency may feel bad,” Rai said, adding that some NGOs misused money to fund extremists and anti-national outfits.

The Geneva-based commission said the measures would effectively restrict access to foreign funding, particularly for public servants and smaller NGOs. The bill adds onerous governmental oversight, additional regulations, certification processes and operational requirements while simultaneously reducing the limit of administrative expenditure that can be allocated to foreign contributions to 20 per cent from 50 per cent, the commission pointed out.

In the statement issued from Geneva, Ian Seiderman, the legal and policy director of the commission, alleged that the bill had failed to comply with India’s international legal obligations and constitutional provisions to respect and protect the rights to freedom of association, expression and assembly.

The commission stressed that the bill’s provisions would impose arbitrary and extraordinary obstacles for human rights defenders and other civil society actors.

“The bill has been passed by both Houses of Parliament only four days after it was tabled, and without any stakeholder consultation. This hasty lawmaking that clearly undermines human rights and the work of civil society is yet another attempt by the government to destabilise the functioning of democratic institutions in India,” Seiderman said.

He pointed out that the UN Human Rights Council had in its Resolution 22/6 on Protecting Human Rights Defenders declared that “no law should criminalise or delegitimise activities in defence of human rights on account of the origin of funding”.

Further, the UN Special Rapporteur on Assembly and Association has clarified that controls in laws should not “unduly obstruct the legitimate work” and need to be “fair, objective and non-discriminatory, and not be used as a pretext to silence critics”, the commission said.

The statement added: “The unfortunate result is that many civil society organisations will be chilled from seeking or accepting scarce funds from the largest pool of donors, even in cases where it is not clear whether they would be running afoul of the FCRA. These resources are also vital to maintaining the independence of the work of NGOs.”

NGOs and the government: site of tussle