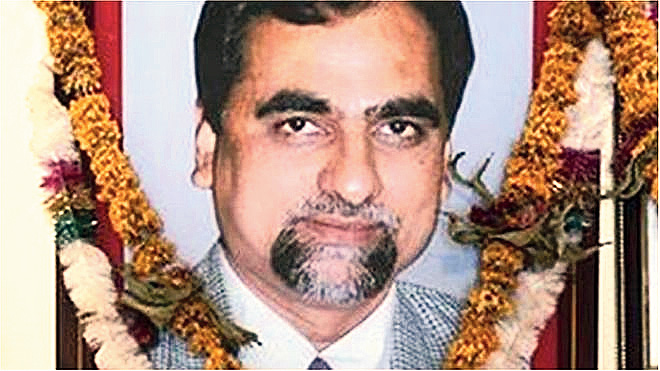 An advocate has filed a criminal writ petition with the Nagpur bench of Bombay High Court alleging Judge B.H. Loya died of radioactive isotope poisoning and complaining of threats to the petitioner’s life.

“I don’t know whether I will be alive tomorrow. Records related to Judge Loya’s death were destroyed but we have recovered documents through other departments, which I have submitted with the petition. My appeal to the court is to ensure that the documents are protected so that the investigation can be carried out even if I am dead,” Satish Mahadeorao Uke, the petitioner and a Nagpur-based advocate, told The Telegraph.

“We have further evidence regarding Judge Loya’s death which will be submitted before the high court later,” Uke said.

The advocate had earlier brought to attention the mysterious deaths of two aides of Judge Loya.

The death of Judge Loya, who was presiding over an alleged fake encounter case in which BJP leader Amit Shah was subsequently discharged, has been marred with controversy.

The Supreme Court had in April 19 this year ruled out any foul play in Judge Loya’s death.

Loya death natural and no merit in probe demand: SC