Journalists among dozen raided in Kashmir 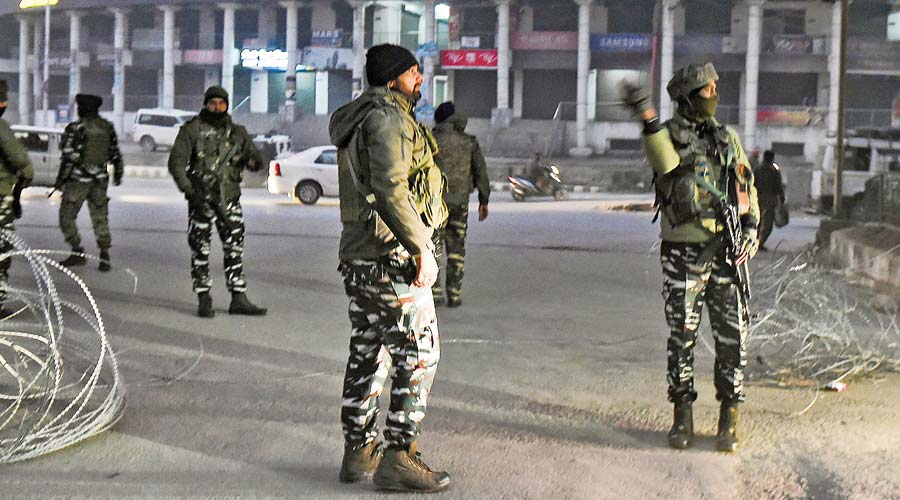 Some of the journalists searched on Saturday had fiercely criticised government actions following the 2019 scrapping of Jammu and Kashmir’s special status, but subsequently toned down their opposition
Representational picture
Muzaffar Raina   |   Srinagar   |   Published 20.11.22, 03:25 AM

Police on Saturday searched a dozen homes across Kashmir, mostly of journalists, and picked up some of them for questioning in one of the biggest crackdowns on members of the media fraternity.

Some of the journalists searched on Saturday had fiercely criticised government actions following the 2019 scrapping of Jammu and Kashmir’s special status, but subsequently toned down their opposition.

The searches took place simultaneously in Srinagar, Anantnag and Kulgam districts. The homes of over half a dozen journalists, a lawyer and some suspected militants were searched.

A police statement said the searches were conducted in the wake of threats issued to some journalists by a proscribed militant outfit.

The police identified a dozen people whose residences were searched, but were silent about their profession.

The police action came days after five journalists working at a newspaper seen as close to the establishment resigned following purported threats from an alleged Lashkar-e-Toiba-run blog spot, KashmirFight.com.

Several journalists have been arrested and their homes raided since the 2019 cancellation of special status.

During such action, journalists have faced accusations of being sympathetic to the separatist cause or colluding with militants.

The police statement on Saturday said that soon after the militant threats this week, a case under relevant sections of the law had been registered against “terror handlers, active terrorists & terrorist associates of proscribed terror outfit LeT & its offshoot TRF (The Resistance Front) for online publication & dissemination of direct threat letters to journalists & reporters based in Kashmir”.

The police said 12 locations were simultaneously raided, including the “houses of fugitives like Sajjad Gul, Mukhtar Baba, active terrorists of proscribed terror outfit LeT (TRF), and other suspects in Srinagar, Anantnag and Kulgam districts”.

Adil Pandit is a lawyer who has defended some arrested journalists in court. Two others on the list are suspected militants.

“During search, all the legal formalities were followed professionally,” the police statement said.