'This is purely politically motivated action,' said a senior faculty 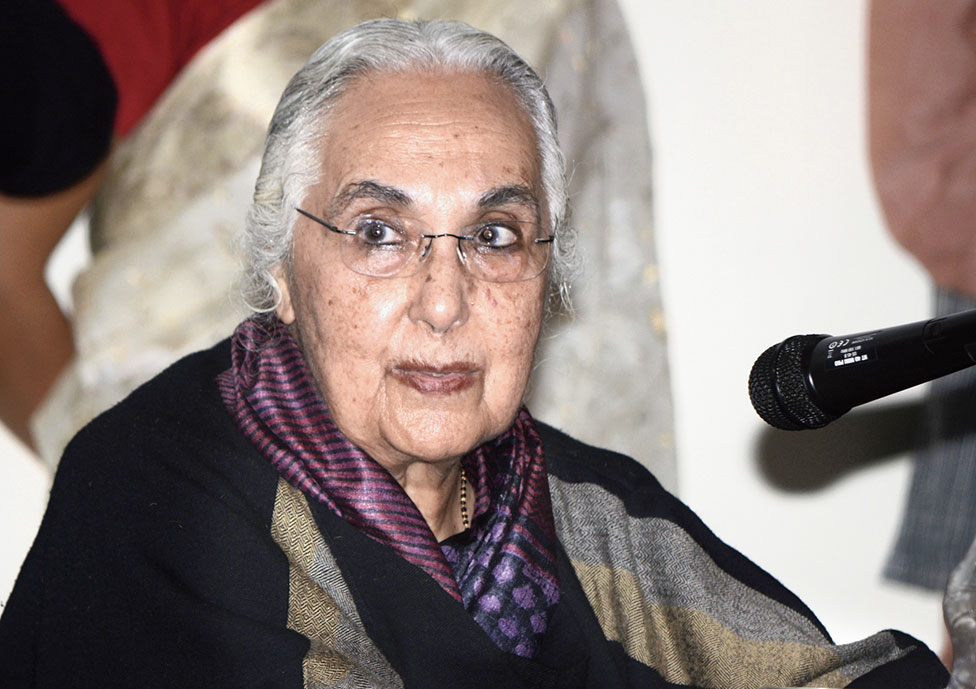 Romila Thapar was awarded the prestigious Kluge Prize of the US Library of Congress, which honours lifetime achievement in studies not covered by the Nobel Prize. She has been a teacher and researcher for nearly six decades.
Telegraph file photo
Basant Kumar Mohanty   |   New Delhi   |   Published 31.08.19, 11:19 PM

Eminent historian Romila Thapar, who has been a strong critic of the Centre’s policies, has been asked by Jawaharlal Nehru University to submit her CV to allow it to decide if she should continue as professor emerita.

JNU registrar Pramod Kumar wrote to Thapar, 87, last month asking her to submit her CV so that a “committee appointed by the university could evaluate” her work and decide whether she should continue as professor emerita.

Three senior faculty members expressed shock because emeritus professors are never asked to submit CVs. Once chosen, an academic continues in the post for life, two of them said.

“This is purely politically motivated action. Prof. Thapar is a strong critic of policies of privatisation of education, erosion of autonomy of institutions and crushing of dissent by institutions, including JNU,” said a senior faculty, who asked not to be named.

Only select academics of international repute are chosen for the post. At JNU, the centre from which a professor retires proposes the name, which then is cleared by the respective board of studies, and the university’s academic council and executive council.

The post carries no financial benefits for the academic, who is allotted a room at the centre to pursue academic work. They give lectures sometimes and can supervise research students.

This paper made a phone call and sent a text message seeking the registrar’s comment, but did not receive a reply.

Thapar has been a teacher and researcher for nearly six decades, specialising in early Indian history. She was professor at JNU from 1970 to 1991 and was chosen professor emerita in 1993. She was awarded the prestigious Kluge Prize of the US Library of Congress, which honours lifetime achievement in studies not covered by the Nobel Prize.

Her book The Public Intellectual in India critically analysed growing intolerance in the country under the Narendra Modi regime.