Protest at PHQ (police headquarters) was to ensure accountability and that justice happens: AISA president 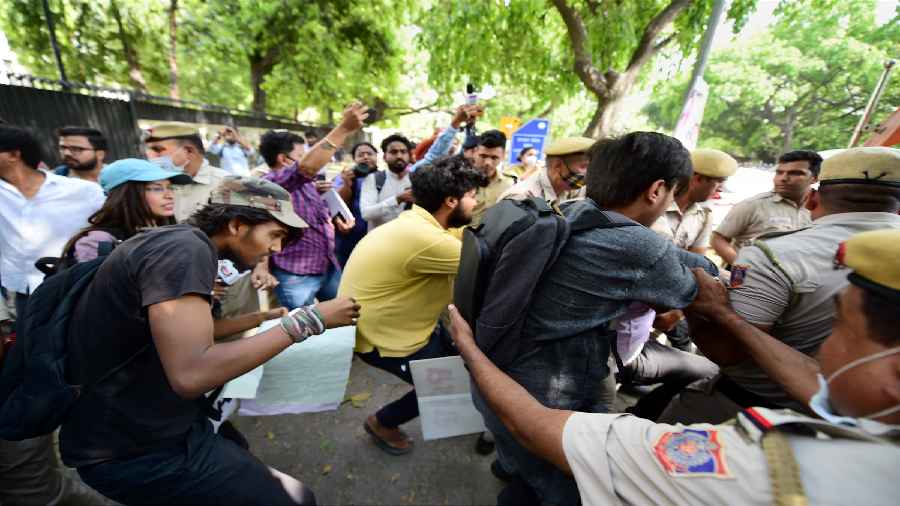 Scores of Jawaharlal Nehru University students affiliated to the All India Students Association staged a protest near Delhi Police headquarters here on Monday and demanded the arrest of ABVP activists for their alleged role in the violence at the varsity.

Two groups of students had clashed at the university's Kaveri Hostel here on Sunday allegedly over serving of non-vegetarian food in the mess on Ram Navami, with police saying six students were injured in the incident.

All India Students Association (AISA) activists alleged that some students were detained and taken to the Tughlaq Road Police Station.

There was no immediate reaction from the police on the allegations.

"Our protest is going to continue. People who attacked the students are repeat offenders and so is the JNU administration. Protest at PHQ (police headquarters) was to ensure accountability by Delhi Police and ensure that justice happens. There will be more protests today," Sai Balaji, AISA president, said.

The protesting students had gathered near the police headquarters demanding the arrest of RSS-affiliated Akhil Bharatiya VidhyartHi Parishad (ABVP) members.

"Women protesters were manhandled and their clothes were pulled by male security personnel. Several have been injured by the Delhi Police. We have been detained inside the Tughlaq Road Police Station," AISA activist Neha said.