Students allged that police stomped on a blind student, who is now in a critical condition 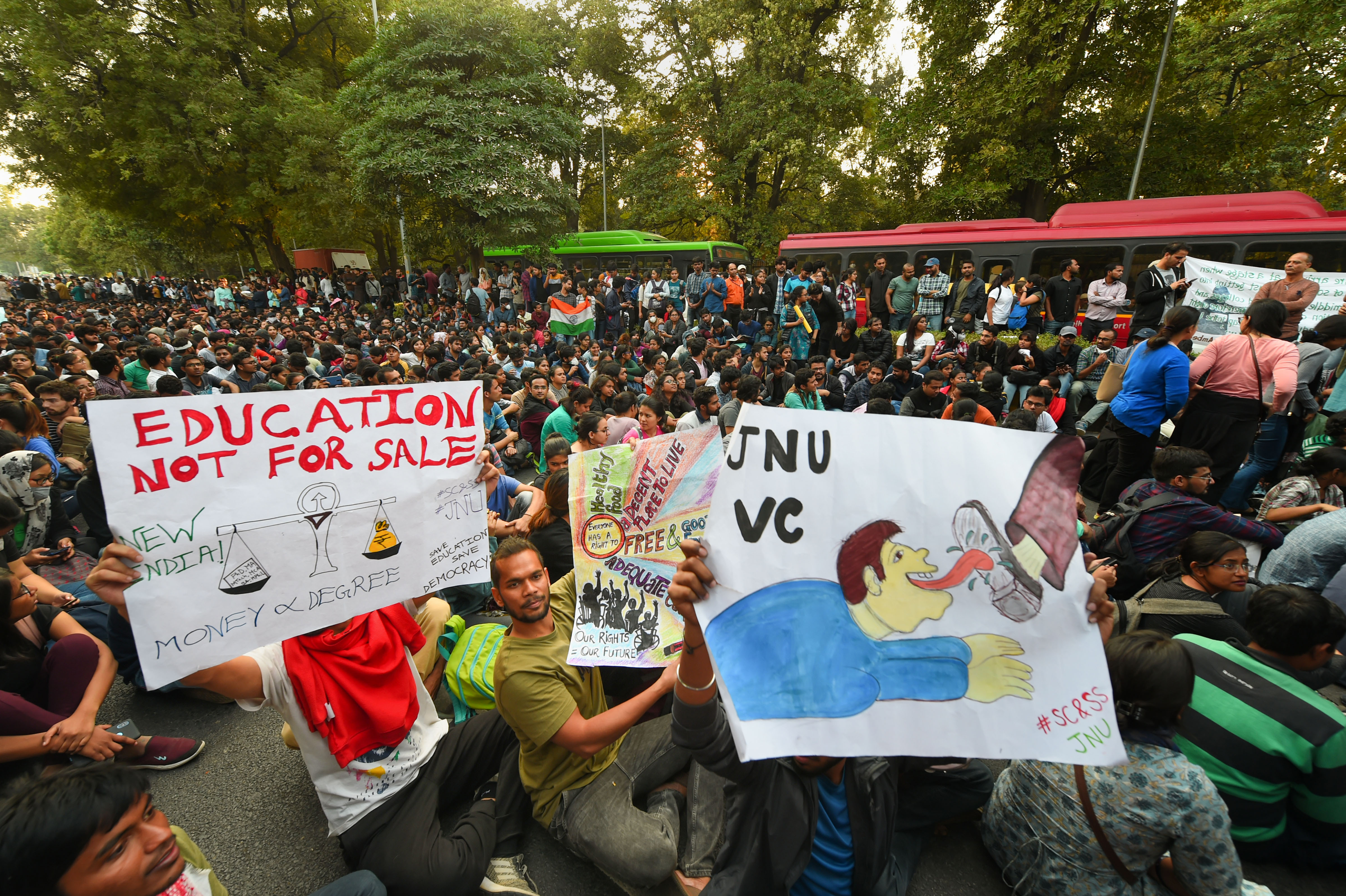 A meeting held between the JNU students' union and a Union human resource development official late on Monday didn't result in any assurance by the government to students who said they would continue their protest till they got a full hostel fee rollback.

The meeting was held between the four union office bearers and G.C. Hosur, a joint secretary at the ministry.

'There was no promise made by the joint secretary. He only said the union will be part of the three-member committee, which has been constituted to recommend suggestions to the administration. A meeting of the committee is likely day after tomorrow to discuss the matter. Till that time, we will continue our agitation,' union secretary Satish Yadav told this website.

Earlier, JNU students marching to Parliament in hundreds were stopped by a baton wielding police near Jor Bagh. Many of them suffered injuries, they said, and tens of them were detained in various police stations.

Among the injured was a visually challenged student, Shashibhushan Samad, on whose chest some police personnel allegedly stomped on. Students said he was taken to the AIIMS trauma centre in a critical condition.

'We were marching peacefully throughout but rat Jor Bagh, the police started using force against us. Many of us were beaten up badly. Our phones and laptops were thrown to the ground. Then we were taken to different police stations, like Kalkaji, INA and Badarpur,' Kaushik, a PhD student from the school of languages in JNU, told this website.