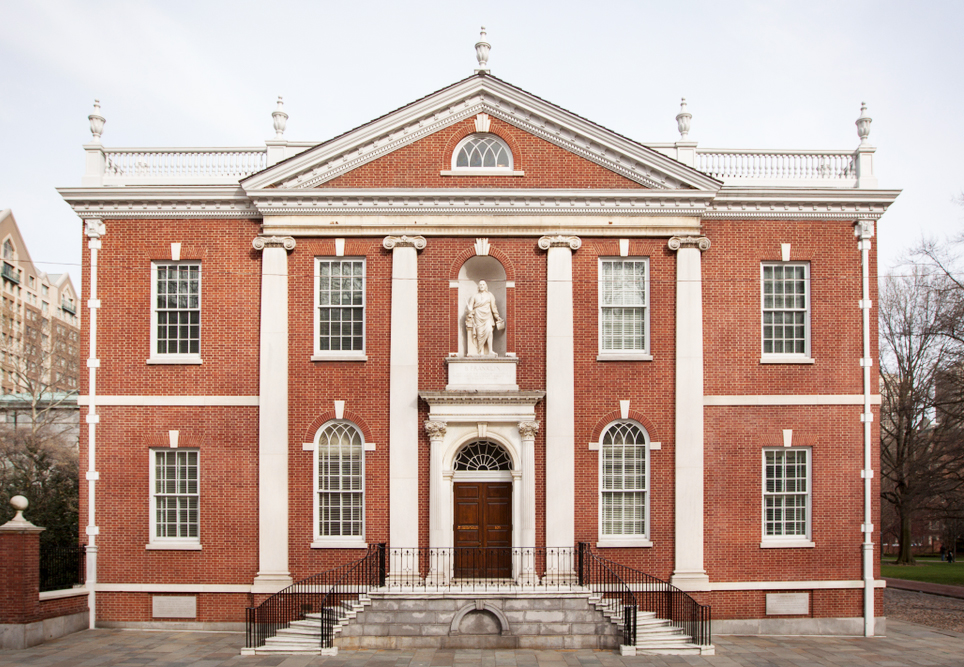 The American Philosophical Society, the oldest learned society in the US and founded by Benjamin Franklin 276 years ago, selected historian Romila Thapar as its member in June.

The prestigious society did a strange thing — it did not ask the renowned academic to submit her curriculum vitae. Unlike the law-abiding bureaucracy of Jawaharlal Nehru University, which asked Thapar to furnish her CV for reviewing her honorary emeritus professorship.

In response to a question whether the American Philosophical Society asked for her CV before selecting her as a member, Thapar told The Telegraph on Sunday night: “No, not at all. I knew nothing about it until I heard that I had been made a member. They made their own enquiries.”

The American institution promotes science and humanities through excellence in scholarly research. Thapar got the letter from APS in June, sources said.

On Sunday, several academics decried JNU’s action. Some felt it was done because of her critical views on the Narendra Modi government.

On its part, the university administration quoted rules chapter and verse to point out that it had violated no procedure when it sought the CV.

The JNU Teachers Association (JNUTA) expressed outrage, describing the administration’s request as the latest effort “to denigrate the teaching and learning traditions of JNU via its tasteless communications to Professor Romila Thapar.…”

“Prof. Thapar, and indeed every other professor emeritus/emerita of JNU, have been nominated to this honorary position for life for their immense contribution to their disciplines and to the building of JNU as an institution. In each and every case, the honour is unquestionably the university’s that such scholars continue to lend their scholarship, guidance and prestige to it,” said a statement issued by JNUTA president Atul Sood and secretary Avinash Kumar.

The association said the “disrespectful communication” stemmed from a resolution of the JNU executive council (EC) in August 2018, which revised the guidelines for designation as an emeritus professor.

“Once appointed, the EC as a appointing authority, will review the continuation or otherwise for each existing Emeritus Professor after attainment of her/his age of seventy five years by considering her/his health status, willingness, availability, university needs etc. so that more positions will be available to other potential candidates. For this purpose, EC will appoint a sub-committee for each existing Professor Emeritus above the age of seventy five years, which will examine each case as it deems fit, including by interaction, inviting latest CV, peer group views etc. The recommendation of this committee will be considered by EC for its decision,” the resolution says.

The teachers’ representatives in the EC had recorded their dissent before it was approved.

Thapar was designated professor emerita in 1993.

For the past three-and-a-half years, the JNU vice-chancellor and his handpicked team on the EC have had only one agenda — to destroy both the legacies and the promise of JNU, the teachers’ association said.

C.P. Bhambri, another professor emeritus at JNU, said the decision to ask for Thapar’s CV was a witch-hunt. “Without imputing any motive, it may be construed a witch-hunt. She retired in the 20th century and you are asking for her CV in the end of the second decade of the 21st century. Actually, she does not need your testimonials or certificate about her scholarship,” Bhambri said.

He said Thapar had been a strong critic of the current regime.

The university issued a statement to say that no procedure had been violated. It reproduced the EC decision of August last year providing for a review of emeritus professorship.

“As given above in the JNU ordinance, the university is following its ordinance in letter and spirit in the appointment of ‘Professor Emeritus’ at JNU,” said the statement issued by the university.

According to the ordinance, the university is required to write to all those who have attained the age of 75 years to know their availability and willingness to continue their association with the university. Letters have been written only to those emeritus professors who fall in this category, it said.

Such a review is consistent with the practices at other reputed universities such as MIT and Princeton University, where the university has the right to review the academic contributions of the emeritus professors. They even have the right to rescind such appointments, the varsity statement said.

Y.S. Alone, from the school of arts and aesthetics in JNU, and Zoya Hasan, a professor emerita at JNU, disapproved of the provision asking for the CV for a review.

“It is clear that the concept of emeritus professor is an honorary position awarded in recognition of outstanding work done by the academic during his or her regular service. Continuation of the honour is not dependent on the work done after retirement or future work to be undertaken by the academic,” Alone said.

“The academic being awarded the honour does not apply for it. He or she is not required to submit any CV either to be considered for emeritus professor. Since it is an honour for life, it cannot be withdrawn. The action of JNU is anti-intellectual,” said Hasan.

It is learnt that Thapar had written back to the JNU authorities asking them to clarify what exactly was the committee going to assess and how.

Is it going to give a grade to the books that she has published since becoming a professor emerita? Is it going to evaluate the fact that she was awarded the Kluge Prize in History in 2008, which is regarded as an equivalent of the Nobel and is given specifically in disciplines not covered by the Nobel Prize?