The Prime Minister has referred to the film in Parliament to target the Opposition, while BJP governments have offered leave to employees to watch the film 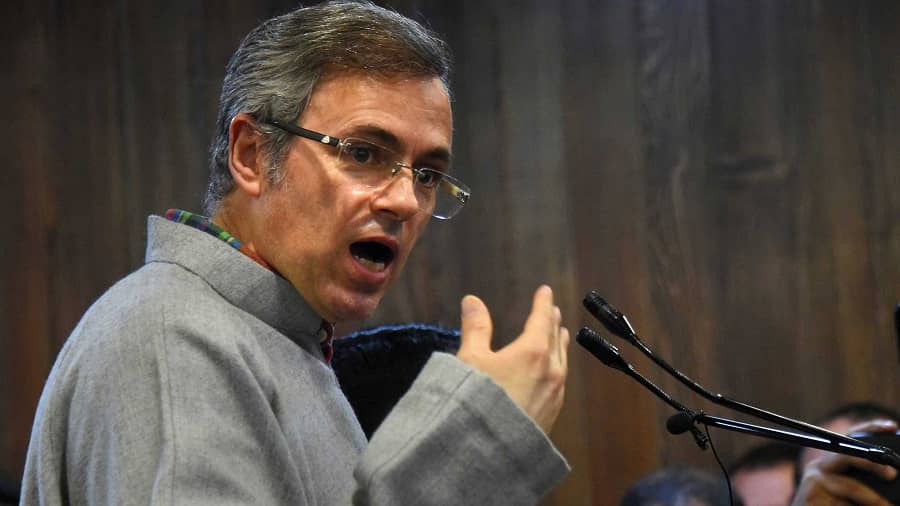 Former chief minister Omar Abdullah has accused the makers of The Kashmir Files of wanting to scuttle the return of Pandits by peddling “lies”, expressed fear of young students from the Valley being targeted elsewhere and reminded people that a BJP-supported government helmed the country when the exodus happened.

Filmmaker Vivek Agnihotri’s The Kashmir Files has received overwhelming government support and tax breaks, helping it become a blockbuster with collections from theatres crossing Rs 100 crore within a week. The film has polarised opinion, with the Right wing running a high-voltage campaign over an alleged “genocide” that they say was hushed up and others calling it a propaganda vehicle to fan anti-Muslim hatred.

The Prime Minister has referred to the film in Parliament to target the Opposition, while BJP governments have offered leave to employees to watch the film.

Omar, who was in south Kashmir on Friday to mark the death anniversary of senior National Conference leader Wali Mohammad Itoo who was gunned down by militants in 1990, said the Centre would be to blame if there was any violence against Kashmiris because of the film.

“I fear that the hatred propagated may have consequences for young Kashmiri students studying outside, who are just in their 20s and were not even born in 1990 (when the Pandit exodus happened). They are being made vulnerable,” Omar said.

“The situation should be such that they (Pandits) will return to Kashmir but I don’t think that those who made this film want their return. Perhaps, by making this picture they want that they (the Pandits) should always stay outside.”

NC veteran Itoo was among hundreds of Kashmiri Muslims killed by militants, a fact the film has been accused of conveniently ignoring.

Omar apparently chose to address the public gathering in Itoo’s home village to send across the message that many more Muslims than Pandits have been killed by militants.

The former chief minister said the film was peddling lies and hiding facts.

government at the Centre,” Omar said.  “Why don’t you show it in the picture? You

are showing Farooq Abdullah but not showing that the BJP was backing the V.P. Singh government. It is not right to fiddle with the truth,” he added.

An RTI reply by the Jammu and Kashmir government last December had suggested  20 times more Muslims than Pandits were killed by militants in Srinagar district during the three decades of insurgency. The administration of lieutenant governor Manoj Sinha put the number of Kashmiri Pandits killed by militants in the past 30 years at 89, against 1,635 people of “other faiths”. Muslims make up most of these people of “other faiths”, it has been inferred.

The revelation threatens to unravel the Right-wing narrative that Pandits have faced “holocaust”, “genocide” and “ethnic cleansing” in the Valley — claims The Kashmir Files has backed and amplified.

Haryana-based RTI activist P.P. Kapoor, who had filed the application, has in a Facebook post urged people to first take note of the reply to his application before watching the film so that “the truth comes out”.

Jagmohan took over as governor of Jammu and Kashmir on January 19, 1990, amid fierce opposition by Farooq who resigned a day earlier. The Pandit migration began on January 20. There were massive protests in the Valley on January 21 against the atrocities allegedly unleashed by Jagmohan. Around 50 civilians were killed that day in the first of several massacres involving security forces.

Jagmohan died last year and was widely hailed by Kashmiri Pandits as their “saviour”.

Omar said it was not just one community that suffered during militancy.

“If Kashmiri Pandits died, we have deep regrets for that and it should not have happened, but did Kashmiri Muslims or Sikhs not die? If people migrated, they included people from all religions,” he said.

Former chief minister Mehbooba Mufti recently said the Centre was aggressively promoting The Kashmir Files and “weaponising the pain of Kashmiri Pandits”, which made the government’s “ill-intention obvious”.