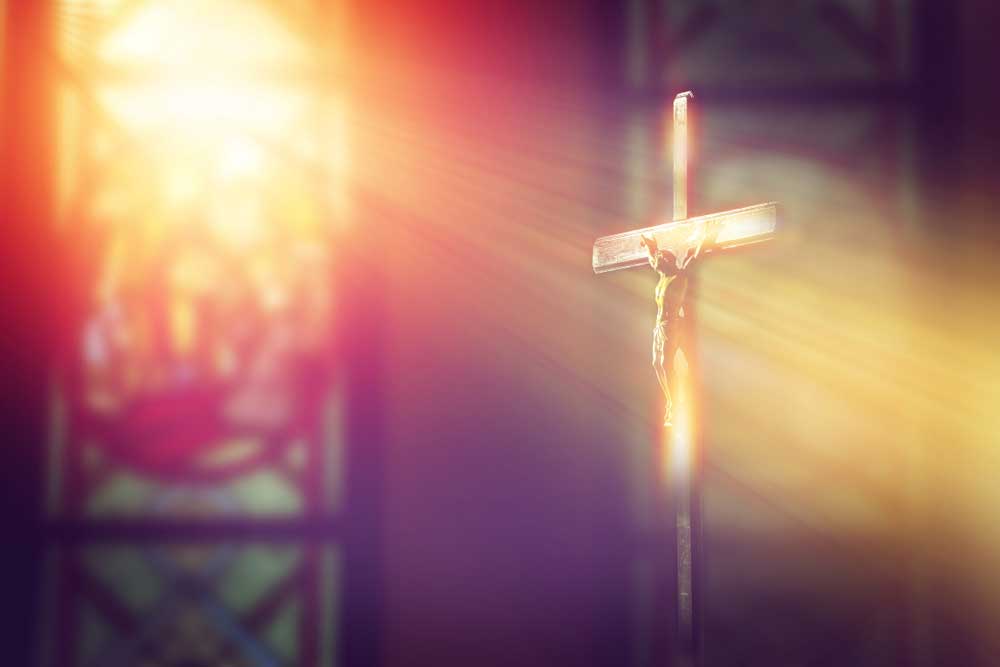 The “unannounced” demolition drive came days after Bajrang Dal and Hindu Rakshana Vedike activists had staged a protest at the place when worshippers had assembled for prayers on February 23.
(Shutterstock)
K.M. Rakesh   |   Bangalore   |   Published 03.03.20, 08:57 PM

Civic authorities of a small town near Bangalore city on Monday flattened a statue of Jesus Christ and 14 crosses at a Catholic centre, acting on complaints from some Right-wing activists that priests at the prayer venue were converting local people.

The “unannounced” demolition drive came days after Bajrang Dal and Hindu Rakshana Vedike activists had staged a protest at the place when worshippers had assembled for prayers on February 23.

The activists had also claimed that the church there had come up on the plot illegally.

The authorities of St Joseph’s Church, a small chapel that is part of a cemetery and the prayer centre, denied both the allegations.

“We had been praying at this very spot for about 20 years when the (then Congress-led) state government officially gave us the land to us six years ago for free,” Fr Mathew Kottayil, the priest, told The Telegraph.

“It is wrong to say we were converting people. We cater only to Catholic families and others who might come here to pray,” Kottayil said.

“We strongly feel that the protesters were from outside this place as local people have always cooperated with us and never interfered in our religious affairs.”

The cemetery, the chapel, the 14 small stone crosses and the 12ft statue of Jesus are part of the four-acre plot in Devanahalli, a small town around 50km from Bangalore city.

“The officials came and knocked down the statue and the crosses that are now lying on the ground. They didn’t even allow us anywhere near while they went ahead with the demolition,” the priest said.

“They came unannounced and just broke everything that we have built slowly over the years.”

The 14 crosses are called “Stations of the Cross” that signify certain events that took place when Jesus was made to carry the giant cross to Mount Calvary where he was crucified.

“We are now planning to go to court to restore the land to us. Since we don’t want any confrontation with anyone, we are also thinking of approaching the state government with an appeal to allow us to continue with our activities there,” Kottayil said.

Devanahalli tehsildar Ajith Kumar Rai, who led the operation to remove the crosses and the statue, could not be reached for comment. Calls to his mobile went unanswered.

The archbishop of Bangalore, Peter Machado, described the act of bringing down the statue and the crosses as a “blow to communal harmony”.

“It is a blow to communal harmony of the peoples in our villages and also violation of the religious freedom guaranteed to us by the Indian Constitution,” the archbishop said in a written statement.

“If there is any instance of forceful conversion, let the government investigate and take action. But it will not bring credit to the government and to the local authorities to unnecessarily interfere in the religious tenets and practices of Christians by yielding to the pressure of some groups,” the archbishop said.

“The church encroached on government land to carry out its activities. They were even converting local Hindus,” Rao told this newspaper.

“This is a scam similar to that of Congress leader D.K. Shivakumar’s proposal to install a statue of Jesus Christ,” he said, alluding to a controversial project in Kanakapura in rural Bangalore.

Hindutva activists had staged protests at the Kapalaa Hill where Shivakumar broke ground for the proposed 114ft-tall statue carved out of a rock on the last Christmas Day.

The state government had accused Shivakumar of transferring the land to a trust behind the project.