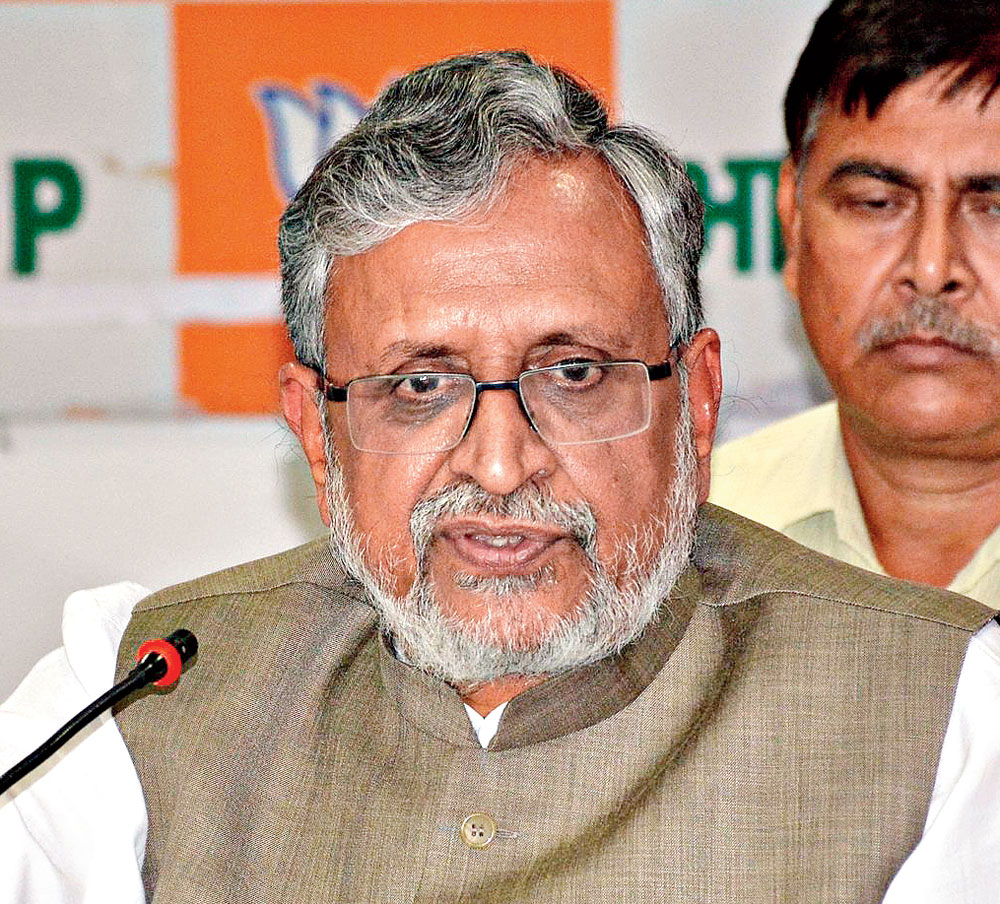 Bihar BJP deputy chief minister Sushil Kumar Modi’s announcement of dates for updating the National Population Register (NPR) has triggered a fight in the ruling alliance, with chief minister Nitish Kumar Janata Dal United objecting to it and calling it a unilateral decision by the partner without the consent of the government.

JDU national general secretary and national spokesperson, former diplomat Pavan K. Varma, wrote to Nitish expressing surprise at the one-sided announcement of NPR dates for Bihar and appealed to the chief minister to reject the Citizenship Amendment Act (CAA), NPR and the National Register of Citizens (NRC) to protect the idea of India as a plural, composite and multi-religious nation.

The deputy chief minister had announced on Saturday that the NPR would be updated in Bihar from May 15 to 28. He had also said that the process to appoint enumerators, who would identify, number, mark and gather details for the register, was going on.

Sushil’s announcement had taken everybody by surprise as it came at a juncture when Bihar too is witnessing widespread protests against the CAA and Nitish has categorically stated that the NRC would not be implemented in the state.

“I am greatly surprised that deputy chief minister Sushil Modi has unilaterally announced that the NPR will be carried out in Bihar between May 15 and 28, 2020. As you are aware, the (central) government has categorically stated that the NPR is the first step towards implementing the NRC. Since, you have said that Bihar will not have NRC, it follows that you must say no to the revised NPR as well,” Varma wrote in the letter to Nitish, which was also released to the media.

Varma, an author and former diplomat, pointed out that students across India were agitating for a united country, not as Hindus or Muslims, and Nitish “must be deeply concerned at the disproportionate and brutal force used by law-enforcing authorities against the students, notably in Uttar Pradesh, and Right-wing violence in Bihar” against people like young Amir Hanjla in Phulwarisharif.

“In consonance with your own publicly stated views, and long established secular vision, may I request you now to take a principled stand against the CAA-NPR-NRC scheme and reject its nefarious agenda to divide India and create a great deal of unnecessary social turbulence,” Varma wrote.

“A clear-cut public statement by you to this effect would be a major step towards preserving and strengthening the idea of India to which, I know, you yourself are committed,” Varma further wrote.

“The choice before political leaders is stark; either to work to save the idea of India as a plural, composite, multi-religious nation in which there is respect for all faiths and social harmony and peace prevails, or, to see it being divided by organised attempts at creating discord and acrimony among Indians on the basis of religion,” Varma wrote.

He also asserted that the CAA-NRC combine was a direct attempt to divide Hindus and Muslims to create social instability. They will impose great hardships on Indians as a whole, especially the poor, the marginalised and the vulnerable among all communities, Varma pointed out.

“When was this decision on the NPR taken and at which cabinet meeting in the state? We have no idea about this. Such important announcements should come only from the chief minister, but how and why deputy chief minister Sushil Kumar Modi made it is beyond my comprehension,” Rajak said.

Calls to Sushil for comment on the JDU’s objection went unanswered.

An aide to Sushil said the deputy chief minister had provided a notification issued by the revenue and land reforms department on December 18, which notified the dates of the NPR in Bihar. It was further published in the Bihar Gazette on January 3. Though Sushil had announced the NPR dates to be from May 15 to 28, the government notifications vary in this regard and give the dates from May 15 to June 28.