Advertisement
Home / India / Jammu and Kashmir reorganisation: This act of betrayal will not be supported by any Kashmiri says PDP MP

Jammu and Kashmir reorganisation: This act of betrayal will not be supported by any Kashmiri says PDP MP

'The life of every political worker is unsafe now' 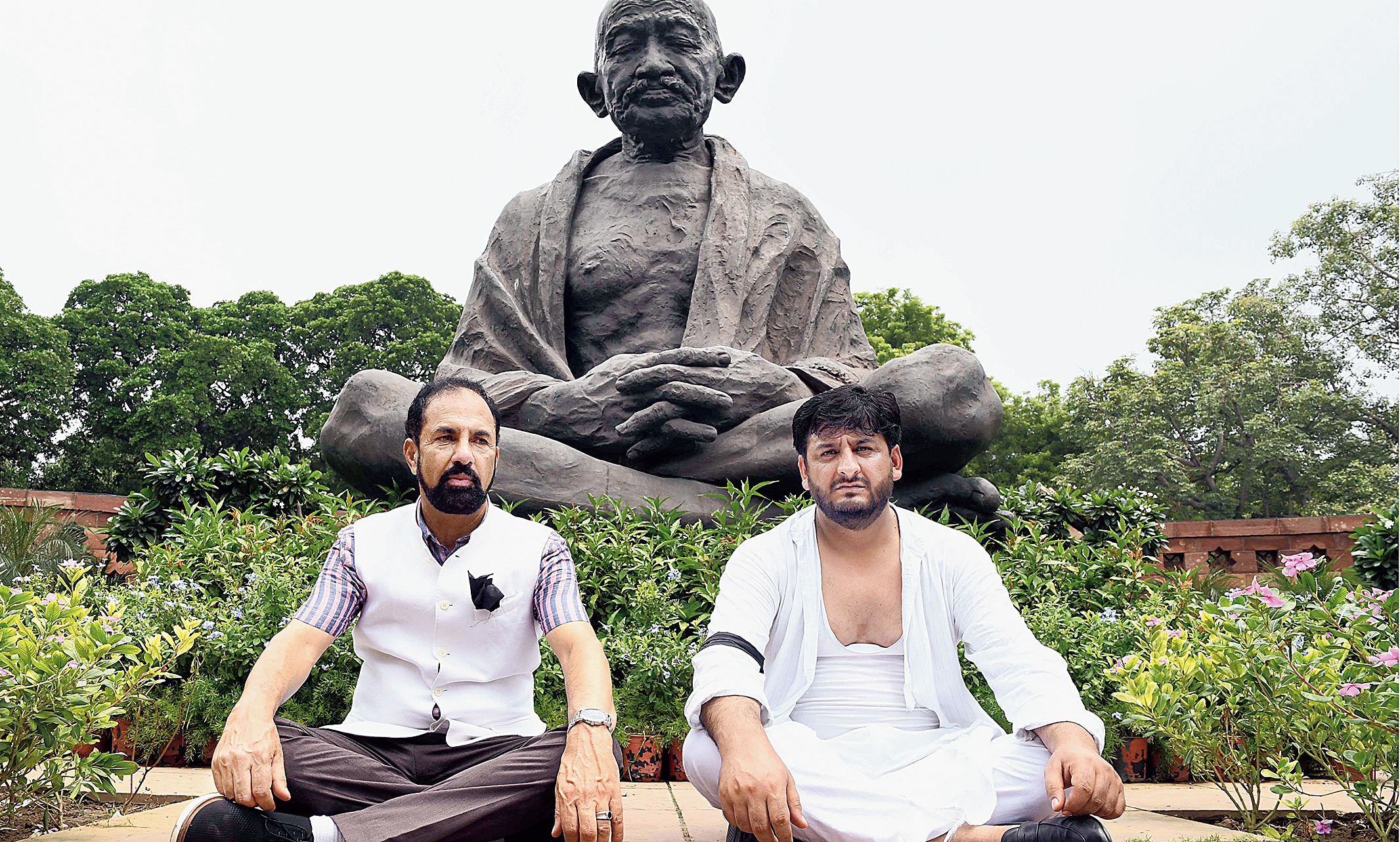 Two Peoples Democratic Party MPs tore up copies of the Indian Constitution in the Rajya Sabha on Monday as home minister Amit Shah announced that the government was scrapping Jammu and Kashmir’s special status and proposed the state’s bifurcation.

Fayaz tore his shirt in protest as both were physically lifted and evicted from the House.

Neither showed any remorse later, arguing that it was the Narendra Modi government that had nullified the value of the Indian Constitution in the eyes of Kashmiris by scrapping the provisions under Article 370 that gave the state its special status.

“Our relationship with India was defined by Article 370,” Fayaz told The Telegraph, adding the government had broken “our trust… ignoring the sacrifices of thousands of our people. We are heartbroken.”

Asked if they had been able to speak to their leader, Mehbooba Mufti, in the morning and whether they had got any instructions from the PDP leadership, Fayaz said: “There has been no conversation, phone lines are not working. There was no plan for protest. When we heard the unthinkable, we lost our mind. Whatever we could do to express our emotions had to be done. We tore the Constitution not to show disrespect to India but to express our anguish at the violation of the constitutional guarantee given to us by India.”

His colleague, Nazir, said: “We couldn’t imagine the government would go to that extent. Otherwise, we would have attempted suicide. We should have brought petrol into the House and set ourselves on fire. We are that disturbed.

He added: “My house was burnt down twice in the past by militants. My brother-in-law, a scholar, was killed. My sister is schizophrenic now. Last night, my security was withdrawn. My family has run away leaving the house. They are in hiding. I feel like committing suicide; can’t eat anything. They did it so suddenly, without any consultation, any debate, any attempt to evolve a consensus. It is like ringing the doorbell and shooting you point-blank.”

Nazir said politics would be finished. “No doubt, parties will come together on this issue but the political space will shrink. People will ask, politics for what, for betrayal? Much fewer people wanted to break away from India over the last decade as the situation improved. The anti-India sentiment had weakened.

But it will be difficult now. People will not speak in favour of India now. Nobody. This act of betrayal will not be supported by any Kashmiri.”

The PDP MP rued that the drastic step had been taken when the process of integration was getting stronger.

“We fail to understand why this was done. The intention of the government is suspect.”

Asked if the PDP had committed a historical blunder by aligning with the BJP, he said: “It is no more about parties now. Parties come and go; parties see good and bad times. It is about people now. The government has alienated the people without a reason.”

He made a grim prediction. “This will have a long-term political and social fallout. This can have dangerous consequences. For how long can you impose the crackdown? For how long will you keep leaders under house arrest? For how long will the forces keep the people silent at gunpoint? Democracy does not run that way.”

Asked if they were planning to return to Kashmir, the the MPs said: “We will go. But our future is dark. We are not safe.”