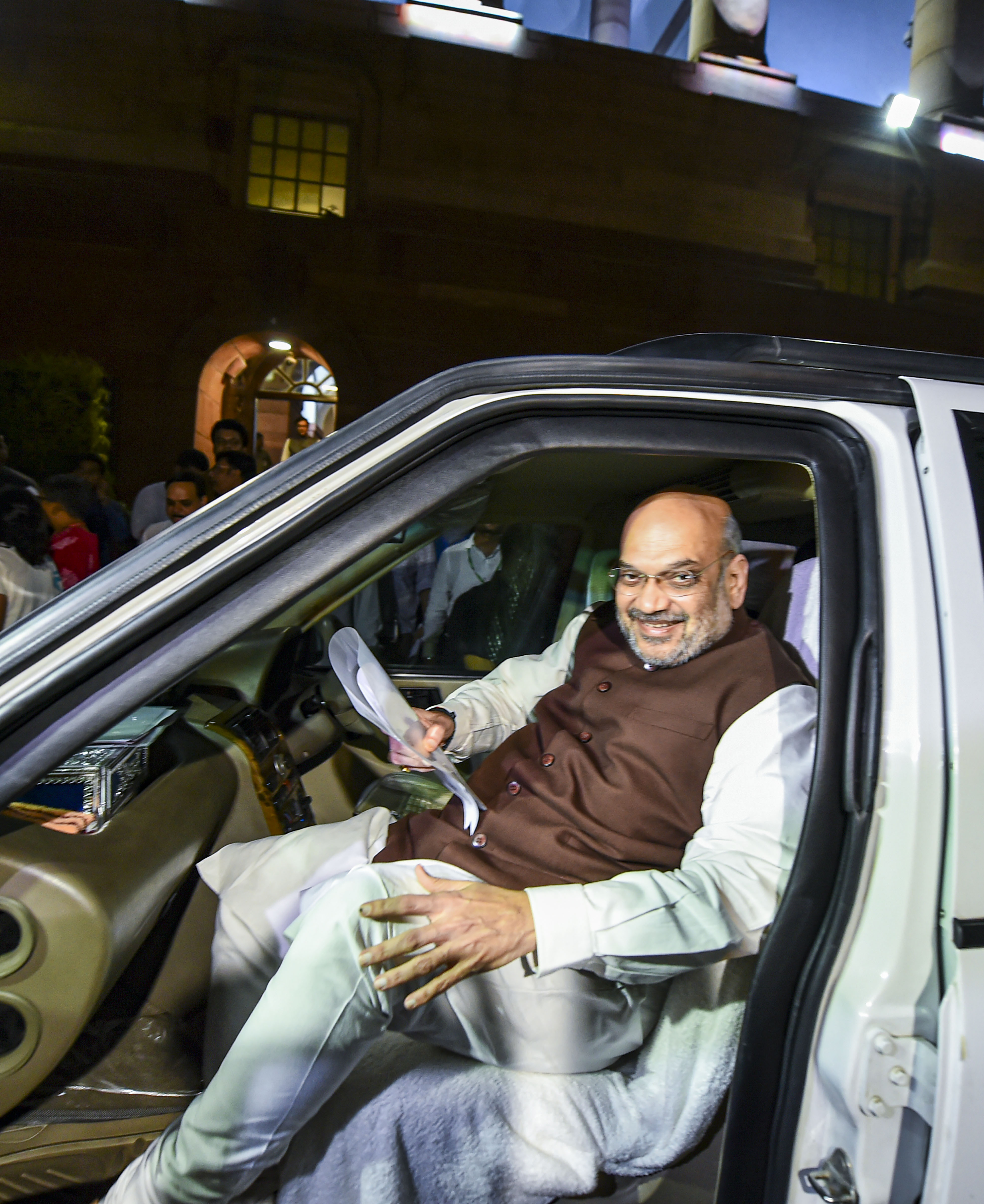 Azad said Jmmu and Kashmir was like the head of the country. He said he had never thought this head would be cut off. The state has been part of international and national discourse since 1947 but no one would have imagined that so many steps would be taken in a day. “They chose India, India’s secularism and agreed to stay with India’s Hindu brothers not with Pakistan’s Muslims. This is the trust you have betrayed today,” Azad said. “They had placed their trust on Pandit Jawaharlal Nehru and Sardar Patel with their lives and culture.” Azad accused the government of trampling the state’s identity by making it a Union Territory.

Yadav questioned the need to end the statehood of Jammu and Kashmir. “Was it necessary that to remove (Article) 370 this had to be made a Union territory? This is not a constitutional compulsion,” Yadav said.

He mocked AAP’s support to the government. “They are supporting it (the Centre) now but cried daily. Their deputy chief minister and health minister were admitted to hospital because they got sick while protesting at the LG’s office while he refused to meet their chief minister,” Yadav reminded the House. The BJP government, he said, only wants to show its voter base that it had managed to abrogate special powers to the state under Article 370.

O’Brien called August 5 'Black Monday' , a dark day for parliamentary democracy, for federalism, for the Constitution, for the Rajya Sabha and for the idea of India.

“This morning we’ve made a complete mockery of the Constitution,” he said. He alleged that at 11.07, the home minister moved a resolution, but later at 11.18, the supplementary business reached the members. “What are we doing to this glorious institution. We’re supposed to get everything two days before. Now we’ve forgotten about it,” he said.

Pointing at the BJP benches, the MP said that the right-wing was calling the abrogation of Article 370 “the Final Solution”. “What does that mean? It means the 1942 Nazi plan for genocide, the codename to murder the Jews, was called the Final Solution,” O’Brien said.

Trinamul later walked out in protest.

DMK representative called the statutory resolution and the bill introduced as “unconstitutional and unwarranted”. Siva reminded that the legislature is not there in Jammu and Kashmir but only a President’s rule. “It at all it has to be done, it is only with the consent of the state legislature,” said Siva. He said that the Supreme Court’s constitutional bench had made it clear that Article 370 is permanent, not temporary. He also said that an election could have been conducted and then the state legislature should have been consulted. “Tomorrow you can convert any state into an Union Territory, it may be Tamil Nadu, or Bihar, or Bengal,” said Siva.

In support of the bill

Gupta said that scrapping special powers to Jammu and Kashmir under Article 370 is in national interest. “Arvind Kejriwal and the Aam Aadmi Party always stood at the forefront when it came to issues of national interest,” he said. In a tweet earlier, Delhi chief minister Kejriwal had supported the government. “I believe that peace will come to Kashmir now and development work will start,” Gupta said.

“Many more Muslims live in the rest of India in comparison to Jammu and Kashmir but they couldn’t buy property in Kashmir or live there. The country’s minorities, Dalits, backwards and those living in different corners of the country, especially Muslims, will now have the right to live there or purchase property,” Mishra said.

Reddy said Y.S. Jagan Mohan Reddy and his party supported the bill which will completely solve the problem of Kashmir. “If Jawaharlal Nehru had entrusted the job to Sardar Vallabhbhai Patel, who was icon of unification of India... we would not have been discussing this issue,” he said.

'It is a proud day, particularly for us who came from Calcutta because the movement for the abolition of 370 (was started) by the local MP from Calcutta South, Dr Shyama Prasad Mookerjee in 1953,” Dasgupta said. He said the first step against a “differentiated citizenship was the passing of the Triple Talaq bill and the second step, where they made all citizens of the country equal by scrapping the spcial powers to the state.

Acharya started by condemning the insult to the Indian Constitution by the PDP members. He called it a shameful day because the Constitution was torn inside Parliament. “Aaj sahi arth mein Jammu and Kashmir Bharat ka hissa bana (Jammu and Kashmir truly became a part of India today),” he said. “We want to redeem the people of Kashmir from torture… But at the same time, we are forgetting what happened to the Kashmiri Pandits,” he said.

“Finishing 370 is like finishing off a Bhasmasur, finishing off a Shaitaan and removing a blot that was on the Constitution for the past 70 years,” Raut said. “Today Veer Savarkar, Deen Dayal Upadhyay, Shyama Prasad Mookerjee and Hindu Hriday Samrat Balasaheb Thackeray will shower flowers on you from heaven,” he told the government.

The bill will have to be brought in the Lok Sabha, where the BJP expects easy passage as it has the numbers. The big surprise in the Rajya Sabha today was AAP, which has made full statehood for Delhi an election plank, but in the House it supported the abrogation of Article 370 and the reorgnisation bill that will reduce the Jammu and Kashmir legislature's powers.

The reorganisation bill was passed after intense debate. Trinamul said August 5 was 'Black Monday'. The DMK said it was unconstitutional to abrogate special powers under Article 370 to Jammu and Kashmir at a time the state was under President's Rule.

Opposition leaders reminded those supporting the bill that if th reorganisation bill was to be a precedent, then this meant any state in India could be converted into a Union territory, a warning that Congress leader P. Chidambaram gave during a news conference this afternoon.

Trinamul's Derek O'Brien also raised the point that members were barely given time to study the bill, a matter that has been raised in the House earlier too in this session.

Earlier in the morning, two PDP MPs, Nazir Ahmed Laway and Mir Mohammad Fayaz, were removed from the House by marshals and suspended from the Rajya Sabha for tearing a copy of the Constitution to protest the abrogation of Article 370.

BJP MPs and their allies called the scrapping of Artice 370 by a Presidential order a 'historic' move when Kashmir truly became an integral part of India.

The following are some of the arguments from the treasury and Opposition MPs.