Advertisement
Home / India / Storm over 'stamp on palm' in Kashmir

Storm over 'stamp on palm' in Kashmir 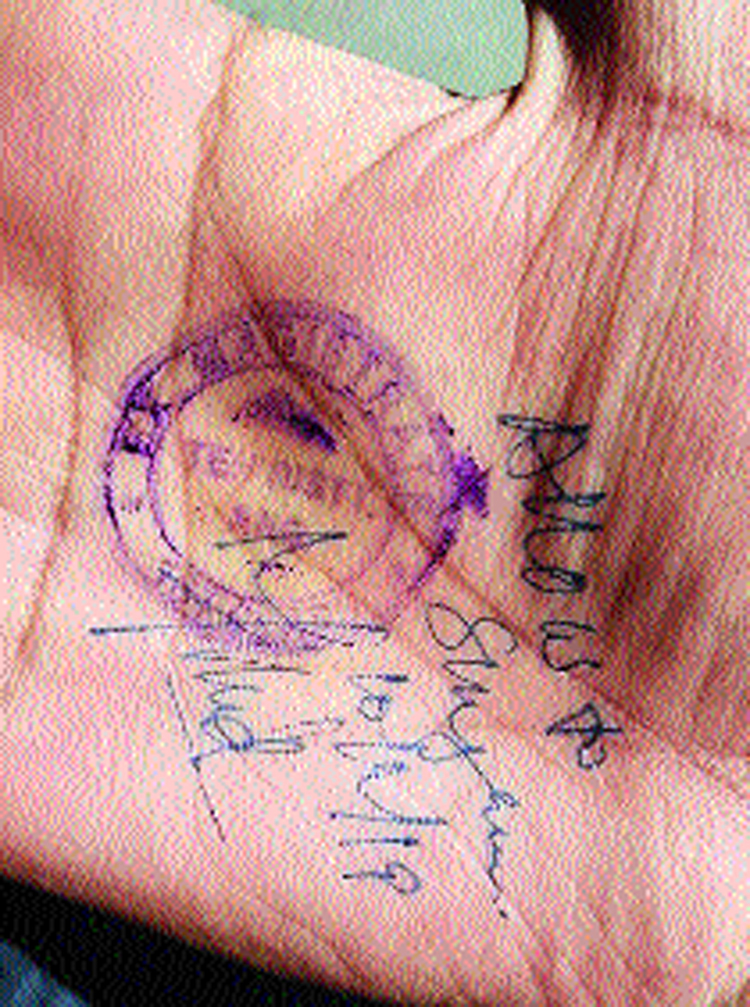 An image of a stamped palm, whose authenticity is yet to be established officially, has served as a fresh reminder of how security-driven clampdowns can trigger unexpected consequences and help those who seek to further alienate Kashmir.

The picture of the palm with an executive magistrate’s purported stamp and signature as permission for travel has surfaced on social media.

The searing image has deepened the resentment fuelled by the imposition of curbs on the movement of civilian traffic on the Valley’s arterial highway since Sunday. The 270km highway is Kashmir’s only link with the outside world.

“Whether anybody (officer) has (really) done it is a matter of investigation. Stamps can be faked,” Jahangir told The Telegraph.

But some have started saying the stamp reflects the authoritarian mindset of the state administration under governor Satya Pal Malik. President’s rule is in force in the state now.

Journalist Gowhar Geelani couldn’t hold back his indignation. “Nazis will die of shame,” he said in a Facebook post. “To walk on our streets and highways, we Kashmiris need approval, a stamp from His/Her Highness. Now many wonder where the next stamp will be.... Anyone’s guess!”

Nazi officials are said to have tattooed the numbers of inmates on their skins at concentration camps.

“Their hands are being stamped & written on. I don’t know what to say!” former chief minister Omar Abdullah tweeted. “Should we be flippant & mock the attempt at saving paper? I’m just angry at the degrading, inhuman treatment being meted out to people.”

The governor-led administration had last week announced that the arterial Jammu-Kashmir highway would be blocked to civilians twice a week on Sundays and Wednesdays till the end of the general election to facilitate movement of convoys of security forces and prevent Pulwama-type terror attacks.

The restrictions — which triggered comparisons with Israeli oppression and lockdown of the Gaza Strip — led to chaos on Sunday, the first day of the curbs, leaving hundreds of vehicles stranded at crossings.

On Wednesday, the picture surfaced on social media of a palm apparently stamped by an executive magistrate in Anantnag, South Kashmir, permitting travel on the highway to a place called Sangam.

The signature of the officer also appears in the picture but without a name. The picture shows the stamp is valid for Wednesday.

Anantnag has several executive magistrates. This correspondent tried to decipher the name from the signature but couldn’t.

A home ministry official said some individuals were creating an impression that the national highway had been closed to civilians, claiming it was “farthest from the truth”.

The official said reasonable restrictions had been placed for 12 hours, two days a week, to “ensure safe movement of troops”.

“The total duration of prohibition is for 24 hours out of 168 hours in a week, which amounts to only 15 per cent of the time,” the official added.

What the officer did not mention was that civilian traffic was being shut from 4 in the morning to 5 in the evening on Sundays and Wednesdays and that very few people travel at night because of the situation prevailing in the Valley for the last 30 years.

Omar said the ministry official’s statement “sets a new record for the number of untruths told in the same statement”.

“I don’t know where to start with the sheer lies being told by this unnamed “senior MHA official” except to say there is hardly a word of truth in it,” he tweeted.

Omar and his political rival Mehbooba Mufti, also a former chief minister, hit the national highway on Wednesday to defy the ban.

Mehbooba warned New Delhi of a Palestine-like situation and called for mass defiance by people.