The space agency also announced that the launch of country's third lunar mission, Chandrayaan-3, may happen next year 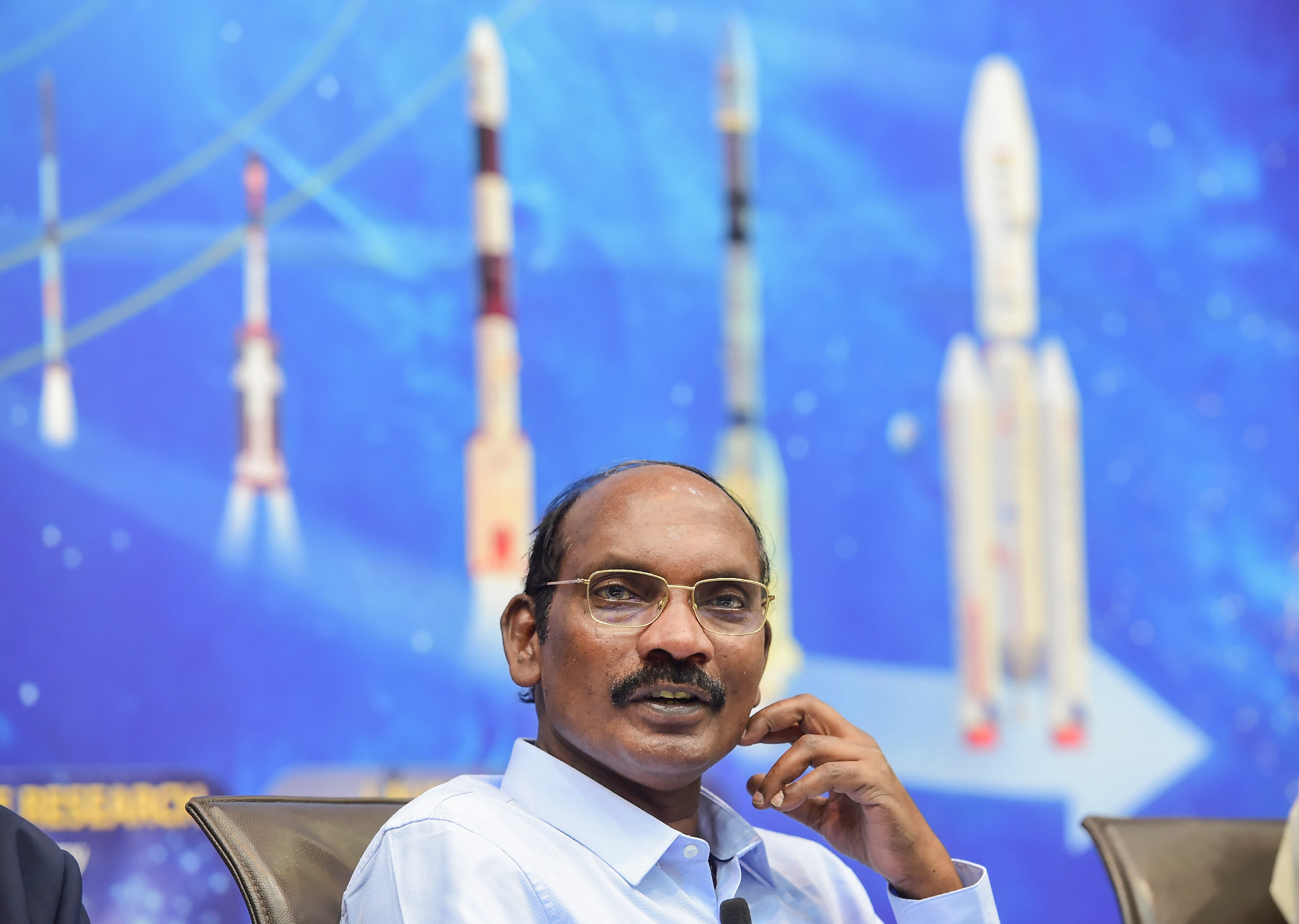 Isro on Wednesday announced that the launch of country's third lunar mission, Chandrayaan-3, may happen next year and said four people from the Indian Air Force have been selected for the Gaganyaan programme

The astronaut training of the selected IAF personnel training would commence soon in Russia.

The announcement comes a day after Union minister Jitendra Singh said India will launch Chandrayaan-3 in 2020.

It will have a lander, rover and a propulsion module like its predecessor, he noted.

He also said the launch of Chandrayaan-3 may shift to next year.

Work on both Chandrayaan-3 and Gaganyaan, the country's maiden manned space mission, was going on simultaneously, he added.

Noting that Chandrayaan-2 orbiter's mission life was seven years, he said it would be used for the third lunar mission as well.

Giving an estimate of the project cost for Chandrayaan-3, Sivan said, 'it would cost Rs 250 crore.'

On the launch pad to come up in Tuticorin in Tamil Nadu, Sivan said, 'apart from the space port at Sathish Dhawan Space Centre in Sriharikota, the land acquisition for a second one has been initiated in Tuticorin district.'

Regarding the choice of location, he said, 'It was mainly to get advantages of southward launch especially for SSLV (Small Satellite Launch Vehicle).'

Observing that the pad, once set up would be used for launching SSLVs initially, he said it may be expanded for big ones in future.

'The missions that were planned in 2019 and could not be completed would be finished by March this year,' he said.

When asked what went wrong with Vikram lander of Chandrayaan-2, he said it was due to velocity reduction failure.

'The velocity reduction failure was due to internal reasons,' he said.

Chandrayaan-2 mission was India's first attempt to land on lunar surface. The Isro had planned the landing on the South Pole of the lunar surface. However, the lander Vikram hard-landed.

Sivan also congratulated the Chennai-based techie who recently located the Vikram lander that hard-landed and maintained that it was the space agency's policy not to release picture of the crashed module.

Elaborating on the country's maiden manned space mission, Gaganyaan, the Irso chief said, four astronauts have been identified for the mission and their training will start from third week of this month in Russia.

He also mentioned that all the four astronauts chosen for the programme were men from the Indian Air Force.

'We had a good progress in 2019 as regard to Gaganyaan. And many of the designs were completed and astronauts' selection process is over. Now, four astronauts identified for training purpose...that process is also completed,' Sivan said.

India has signed agreements with Russia and France for cooperation on the Gaganyaan mission.

The ambitious Gaganyaan mission was announced by Prime Minister Narendra Modi during his Independence Day speech in 2018.