Dads and brothers were kept in custody until ‘potential’ pelters surrendered: Villagers 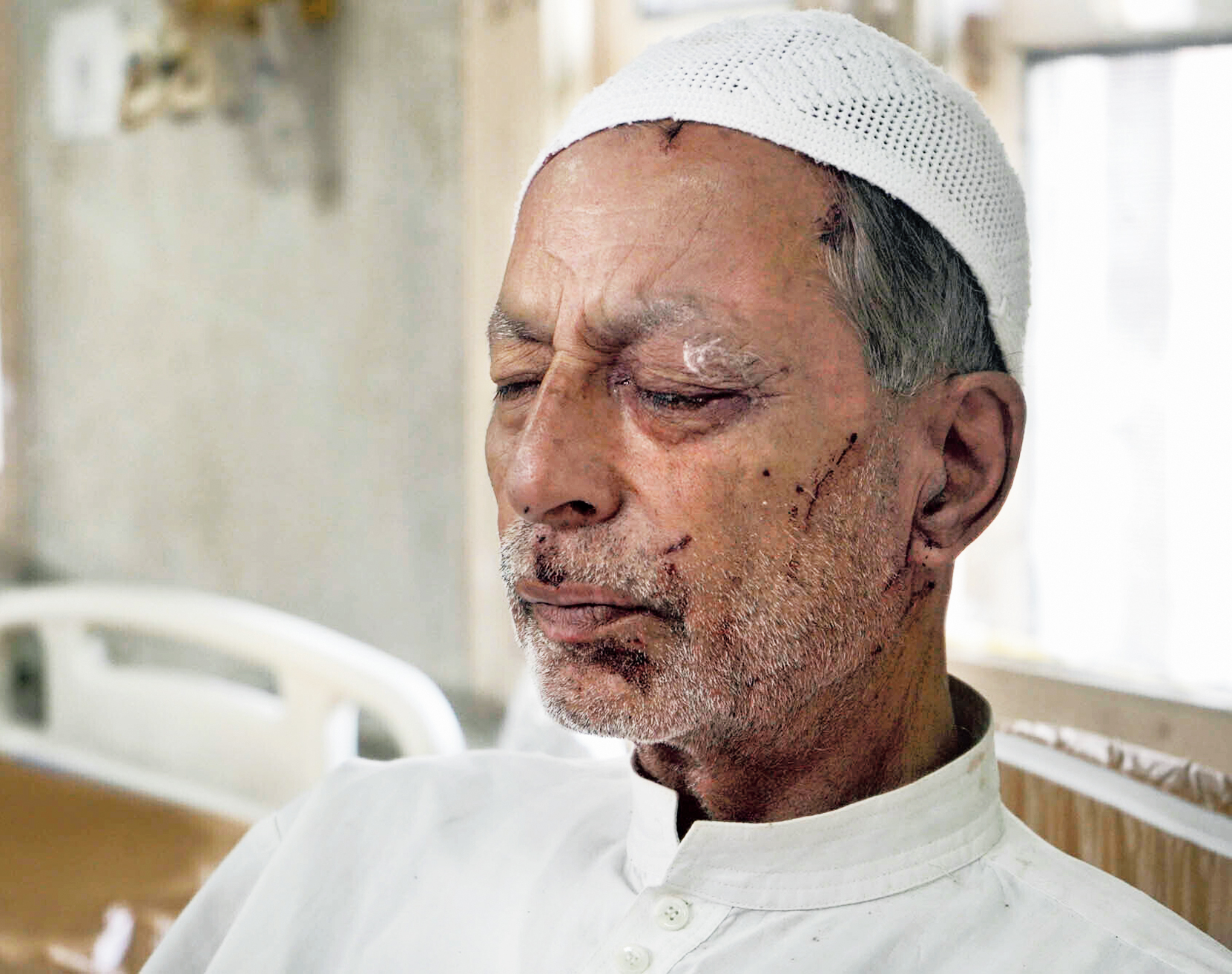 Admitted to a hospital in Srinagar, Mohammed Siddiqu, 70, said on Sunday that his left eye was badly damaged when a security official fired a pellet gun at him while he was returning home from a mosque. Siddiqu lifted his shirt and showed his pellet-riddled back.
(AP)
Muzaffar Raina   |   Pulwama   |   Published 18.08.19, 09:20 PM

Villages like Shaar, Khrew and Mandankpal in south Kashmir provide a clue why the Valley has not exploded as it did during past agitations.

Like much of the countryside elsewhere, they faced a brutal clampdown after the revocation of the state’s special status on August 5.

Local people said the forces had rounded up dozens of “potential stone-throwers”, often arresting their fathers and brothers to prod them to surrender — an aspect of the crackdown that has passed largely under the radar thanks to the information blackout.

A health department employee said there had been so few protests because people were afraid.

The Telegraph did not find any security personnel on a 10km stretch of road from Samboora to Shaar. The roads were deserted and no shop was open despite the relaxations since Friday.

“They have arrested people and taken them to prisons outside the state to instil fear. They have come up with laws that allow them to declare anyone as a militant. Then there are the dozens of arrests,” the government employee explained.

Hundreds of security personnel had been stationed in these villages till Friday, enforcing curfew-like restrictions during the daytime and looking for “potential stone-throwers” by night.

Around two dozen young men were arrested from these three villages, some of whom have been released. The unluckier ones are behind bars, some of them booked under the Public Safety Act, which allows detention without trial for up to two years.

In Shaar, Shabir Ahmad Bhat said the forces had come last week looking for his younger brother Mukhtar, who had worked in Saudi Arabia for six years before returning last year to start a bakery.

When they could not find him, they arrested another of his brothers, Rafiq. Mukhtar surrendered so that his brother would be set free, Bhat said.

“He (Mukhtar) has never participated in any protest and is getting married next month. The police have assured us he would be released.”

“For six days, we had no information about him. Yesterday (Saturday), we found him at the central jail, booked under the PSA. He told us he was thrashed and that there were hundreds of prisoners in the jail.”

Government spokesperson Rohit Kansal said the process of arrests and releases was “dynamic” and local, making it difficult to cite a number. He, however, asserted that the reports about “thousands” being arrested were exaggerated.

Kansal was mum when a reporter asked why the administration couldn’t put a figure on the arrests when it could cite the number of people who performed Id prayers.

The authorities had during Id contended that a large number of people had offered prayers — although no prayers were allowed at most of the major mosques and idgahs.

In a way, the government’s preparations to avert a deadly flare-up this time had started months, if not years, in advance. The administration had not once relaxed its chokehold since it crushed the 2016 summer agitation, which followed the killing of Hizb commander Burhan Wani, leaving over 100 dead and thousands injured.

In the months before the decision to scrap the state’s special status, some 70,000 additional troops had been moved into the state.

Local people said unknown security agencies had pasted posters at multiple places, causing more fear. The posters detail the benefits of the revocation of Kashmir’s autonomy, one being that it would increase the cost of land.

“This means they want to sell our land to outsiders and change the demography of this place,” a resident said.