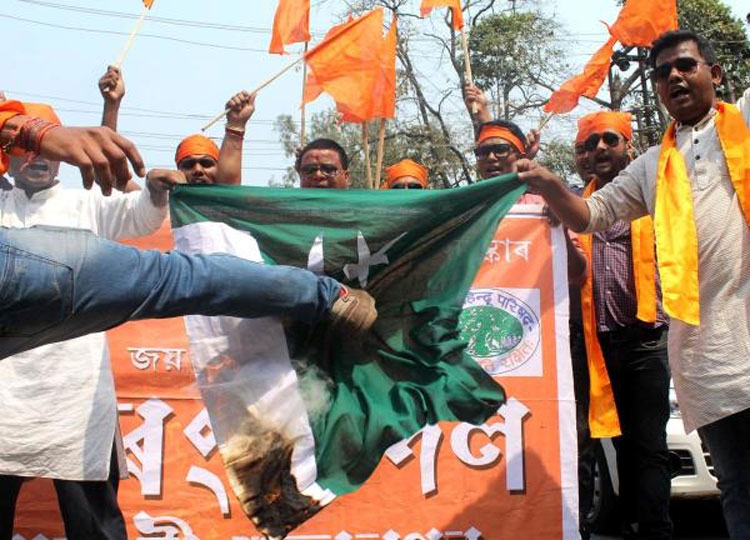 The International Court of Justice (ICJ) began on Monday a four-day public hearing in the case of Indian national Kulbhushan Jadhav sentenced to death by a Pakistani military court on charges of espionage.

India moved the ICJ in May in 2017 against the “farcical trial” by the Pakistani military court against 48-year-old Jadhav.

A retired Indian navy officer, Jadhav was sentenced to death by a Pakistani military court on charges of espionage and terrorism in April 2017.

India first approached the ICJ on May 8, 2017, for the “egregious violation” of the provisions of the Vienna Convention on Consular Relations, 1963, by Pakistan which repeatedly denied it consular access to Jadhav.

A 10-member bench of the ICJ, which was set up after World War II to resolve international disputes, on May 18, 2017, had restrained Pakistan from executing Jadhav till adjudication of the case.

The ICJ has set a timetable for the public hearing in the high-profile case from February 18 to 21, 2019, at the Peace Palace in The Hague, the Netherlands.

It is expected that the ICJ’s decision may be delivered by the summer of 2019.

While maintaining that India remains committed to making all possible efforts to secure and protect the rights of Jadhav, the spokesperson of the ministry of external affairs, Raveesh Kumar, did not make public the stand New Delhi will take at The Hague.

“India will present its case before the court. Since the matter is sub judice, it is not appropriate for me to state our position in public. Whatever we have to do, we will do at the court,” Kumar said last week in New Delhi in response to a question.

Pakistan’s attorney general, Anwar Mansoor, will lead the Pakistani delegation at the ICJ while director general, South Asia, Mohammad Faisal will speak on behalf of the foreign office.

Ahead of the hearing, a senior Pakistani official said that his country was committed to implementing the decision of the ICJ in the Jadhav case.

“We are fully prepared with our strongest evidence being the valid Indian passport recovered from Commander Jadhav with a Muslim name,” the official said.

Both India and Pakistan have already submitted their detailed pleas and responses in the world court.

Pakistan claims that its security forces arrested Jadhav from the restive Balochistan province on March 3, 2016, after he reportedly entered from Iran.

However, India maintains that Jadhav was kidnapped from Iran where he had business interests after retiring from the navy. Jadhav’s sentencing had evoked a sharp reaction in India.

Pakistan had rejected India’s plea for consular access to Jadhav at the ICJ, claiming that New Delhi wants the access to get the information gathered by its “spy”.

However, Pakistan facilitated a meeting of Jadhav with his mother and wife in Islamabad on December 25, 2017.

The hearings at the ICJ are taking place four days after one of the worst terror attacks in Jammu and Kashmir that killed 41 CRPF soldiers.