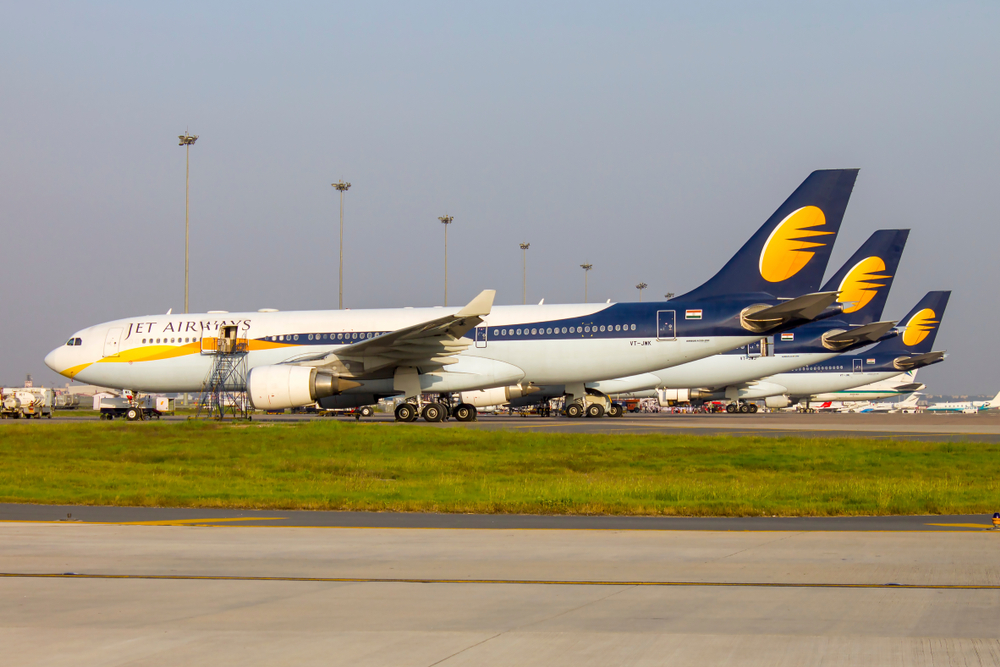 Insolvency proceedings have been initiated against debt-ridden Jet Airways, which formally stopped flying on April 17 and saw lenders voting for bankruptcy earlier this month.

The cash-strapped company became the first domestic airliner to go into bankruptcy after the Mumbai bench of the National Company Law Tribunal (NCLT) admitted an insolvency petition filed by SBI (State Bank of India) on behalf of 26 lenders on June 20.

'Pursuant to an order dated June 20, 2019 of NCLT Mumbai Bench, Corporate Insolvency Resolution Process (CIRP) has been initiated for Jet Airways (India) as per the provisions of Insolvency and Bankruptcy Code, 2016,' Jet Airways said in a regulatory filing Sunday.

It further said that upon initiation of CIRP, the powers of the Board of Directors of the company have been suspended and shall be exercised by the Interim Resolution Professional.

Jet Airways owes more than Rs 8,000 crore to banks, and thousands of crores more in arrears to vendors, lessors and employees.

The airline formally stopped flying on April 17 and banks voted for bankruptcy on June 17.

The NCLT bench comprising VP Singh and Ravikumar Duraisamy set a 90-day deadline to resolution professional Ashish Chhauchharia of Grant Thornton to conclude the resolution process, even though the bankruptcy law allows 180 days for the same, saying 'the matter is of national importance.'

The bench also instructed the resolution professional to file fortnightly progress report and submit the first such report on July 5 when it will begin to hear the matter again.