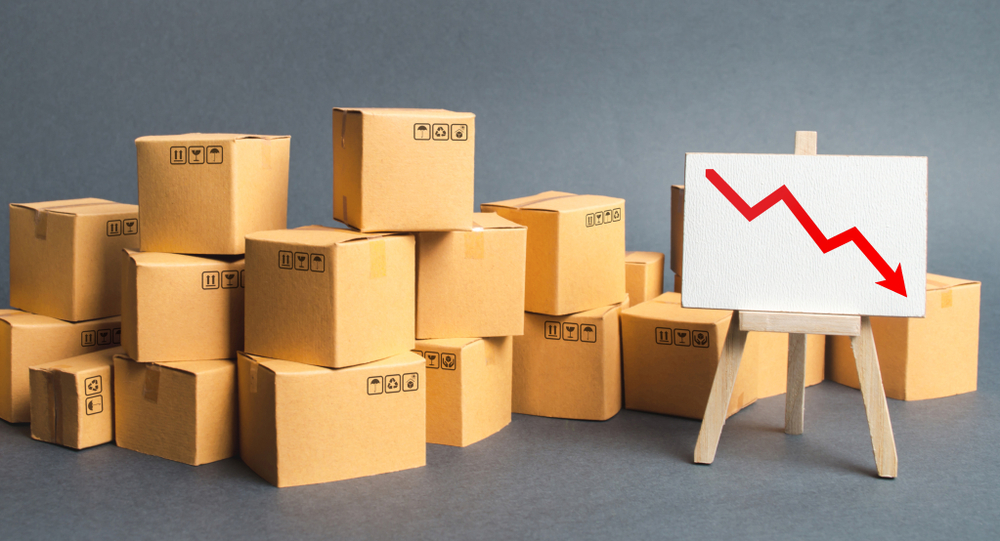 The IIP gauge recorded the weakest performance in seven years because of a sharp decline in the production of capital goods and consumer durables.
Shutterstock
Our Special Correspondent   |   New Delhi   |   Published 12.10.19, 01:03 AM

Factory output shrank 1.1 per cent in August, deepening concerns about the acuteness of India’s economic slowdown and raising questions about the Narendra Modi government’s ability to arrest the slide in the industrial sector that could threaten jobs and wage hikes this year.

The number put out by the National Statistical Office (NSO) raised a flutter since economists had forecast that industrial output would grow 1.86 per cent during the month.

The IIP gauge recorded the weakest performance in seven years because of a sharp decline in the production of capital goods and consumer durables.

This is the second time in more than two years that growth in industrial production has tumbled into negative territory: the last time was in March this year when it fell to -0.1 per cent.

Electricity generation fell by 0.9 per cent against an expansion of 7.6 per cent in the year-ago month while growth in the mining sector was flat at 0.1 per cent.

The overall IIP growth during the April-August period was 2.4 per cent, down from 5.3 per cent in the corresponding period of the last fiscal.

The weak IIP numbers amplified concerns after the Reserve Bank of India cut its growth forecast for the current fiscal to 6.1 per cent from an earlier estimate of 6.9 per cent.

GDP growth in the first quarter had plunged to a six-year low of 5 per cent.

The NSO data show that the worst performance came from the capital goods segment, its output shrinking by over 21 per cent against an expansion of 10.3 per cent in August last year.

The “intermediate goods” sector, however, showed a healthy growth of 7 per cent, up from 2.9 per cent in the year-ago month. The consumer non-durables segment posted an expansion of 4.1 per cent in August. This compares with 6.5 per cent expansion in August 2018.

In terms of industries, 15 of the 23 industry groups in the manufacturing sector showed a negative growth during August 2019 compared with the corresponding month of the previous year.

“It appears pre-stocking due to festive demand in September and October has not taken place. Going forward, the IIP is likely to show erratic, low-growth trend. The policy measures announced by the government recently are supply side interventions and unlikely to boost demand. With no fiscal space available to the government, it is unlikely that the demand in going to return back soon,” said Devendra Pant, chief economist at India Ratings and Research.

“The performance of the IIP in August 2019 lagged even our tepid expectations of a marginal 0.2 per cent year-on-year rise, with both manufacturing and electricity slipping into a contraction, and a broad-based deterioration across the use-based categories,” said Aditi Nayar, principal economist with ICRA.

She said: “Notwithstanding an unfavourable base effect and the disproportionate impact of the weakness in a few segments of machinery and equipment, the sharp 21 per cent contraction in capital goods output in August 2019 highlights the weakness in investment activity.”

Finance minister Nirmala Sitharaman had cut corporate tax rates in September in an effort to boost business sentiment and trigger private investment. The base tax rate was cut to 22 per cent from 30 per cent for existing companies and to 15 per cent from 25 per cent in the case of new manufacturing companies.

“There is a growing likelihood that the GDP growth may not meaningfully accelerate in Q2 FY2020 from the multi-quarter low 5 per cent recorded in the first quarter despite a favourable base effect. The extent of pickup in consumption in the festive months and crop production in the rabi season will signal whether a material turnaround in demand and economic growth are in the offing,” Nayar added.

Earlier this week, Moody’s Investors Service had slashed its GDP growth forecast for India to 5.8 per cent from 6.2 per cent earlier, saying the economy was experiencing a pronounced slowdown.