India's vaccination drive not as bad as it looks, one-third of target already met 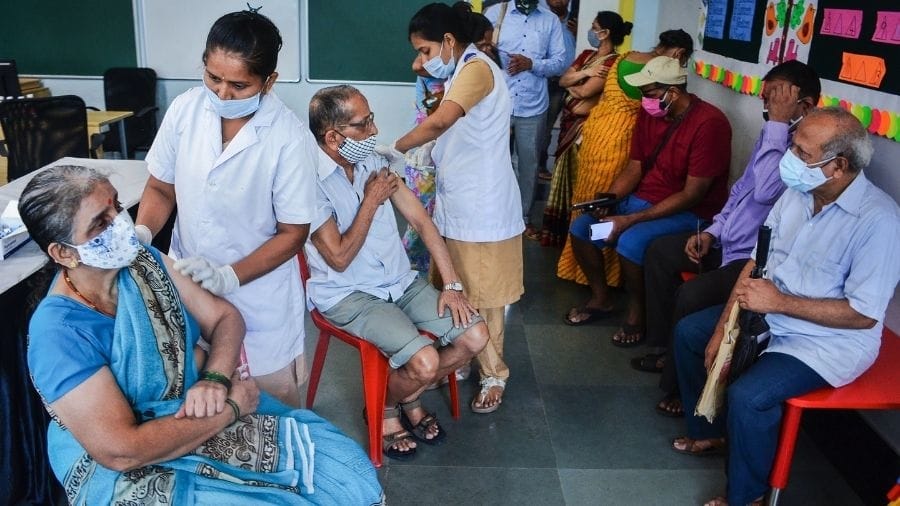 First the good news – and then a host of qualifications. India’s vaccination drive’s been a jerky stop-and-start affair but it’s closer to its targets than might have been expected just a few weeks ago. Nearly one-third of all adult Indians to be vaccinated have received at least one jab. Will that be enough to stall a future third wave? That’s an altogether different question.

A total of 366 million people have been vaccinated since the drive started on January 15. Out of that number, 296 million have received their first jabs and another 69.8 million have had their full quota of two injections.

Don’t forget that India’s target is to vaccinate around 940 million people who are over 18. We’re a very young nation and almost 400 million people are under 18 and, therefore, under the current regulations don’t need to be vaccinated. So, for the first jabs, we’re almost one-third of our way to the target.

Don’t start celebrating too quickly, though. The first jab of Covishield, the Indian version of AstraZeneca, confers just 32.9 per cent protection against symptomatic infection by the now dominant Delta strain, according to a Public Health of England study, but it does provide 71 per cent against hospitalisation. After the second dose, protection against symptomatic infection ranges rises to around 73 per cent. And two doses gives 92 per cent against hospitalisation.

Still, the vaccination pace has been picking up. Between July 2 and July 9 we’ve vaccinated 27.6 million people and, if we can keep up this pace, we should easily be able to vaccinate 100 million a month. By December we could do around 600 million more vaccinations if nothing goes seriously wrong with the drive. At a rough estimate, 400 million of these could be first jabs and 200 million could be second ones. In fact, the numbers could rise even further because the vaccine-making companies are aiming to hike production very soon.

Serum Institute has informed the Drug Controller General of India (DGCI) that it will be turning out 100 million doses monthly. And, in its filing, Bharat Biotech told the DGCI, output could hit 78 million doses in August. (That Bharat Biotech target would be up steeply from its 20 million production in April).  And there could be even more on the market as it’s not known what others like Russian Sputnik V, Pfizer and Moderna might be delivering to the Indian market by then.

While the overall vaccination numbers look like they are heading in the right direction, vaccination progress differs sharply from state to state. Among the big states, the two leaders are Kerala and Gujarat. Just over 42 per cent of the populations of both those states have received their first jabs. In Jammu & Kashmir, 44.1 per cent of the population has had one jab.

As far as heading off a third wave, experts say a lot will hinge on a combination of the vaccination rollout and people's observation of Covid-19 appropriate behaviour which Prime Minister Narendra Modi red-flagged this week as beginning to fall apart.

While the numbers are clearly better than two months ago when the country hit a peak of more than 414,000 new daily cases on May 7, among the good numbers are some worrying figures. Kerala continues to be a Covid-19 hotspot, reporting 13,563 fresh cases on Friday, while Maharashtra reported 8.992 infections. Kerala attributes its recent surge in cases to relaxations of the state government's lockdown programme.

Tamil Nadu has extended its lockdown until July 19 with some easing of restrictions. And what is concerning on the positivity score, is that some 66 districts across India had a positivity rate of 10 per cent in the last week.

There’s also an additional complication. Do the under-18s need to be vaccinated? That’s a global debate that’s inconclusive as yet. But in Israel,
where the vaccine drive rollout has been extensive, the Ministry of Health is vaccinating teens and pre-teens in response to an ever-increasing proportion of new infections in the country in younger age groups. The US has also started vaccinating children over 12. Says Health Economist Rijo M. John: “Potentially 80 per cent plus of the entire population need to be jabbed to reach any sort of herd immunity. The virus doesn’t care for this 18-plus cut off.”

Anyone who might think we have beaten the pandemic should look at the UK. There, the vaccination programme has been
super-efficient -- some 66 per cent of the adult population has now been double-jabbed. Nonetheless, the UK is seeing a huge sudden surge in infections and on Friday, July 9,  had 35,707 new cases – that’s the highest since January 22. What’s also astonishing, is that more than 400,000 people in the UK tested positive in the week to July 3, according to the Office of National Statistics.

The Government has warned that there could be up to 100,000 fresh cases daily as summer rolls on. Most people in Britain have received the AstraZeneca and the Pfizer vaccines. Some have also received the Moderna and Janssen vaccines.

Despite Covid-19 infections soaring, British Prime Minister Boris Johnson has nevertheless announced the lifting of pandemic restrictions on July 19 which many scientists in Britain and globally have condemned as reckless. Johnson also ominously warned when announcing the plans to lift all restrictions that, “We must reconcile ourselves, sadly, to more deaths from Covid-19.”

By lifting all restrictions and with still millions of people to be fully vaccinated, scientists have warned that the UK could be creating a "variant factory" where new, potentially more lethal variants could emerge. Russia, South Korea and neighbouring Bangladesh are all reporting a serious upsurge in infection numbers.

From the UK experience, it appears clear that observing Covid-19 appropriate behaviour is going to be crucial in the coming months.  If people continue to flout Covid-19 safety measures such as mask-wearing and social distancing in markets and tourist hot spots such as Himachal Pradesh and  Uttarakhand, case numbers could again explode, warns Dr V.K. Paul, the head of India’s pandemic task force.

“The rate of decline of the number of (Indian) cases is somewhat slow… and if we do not make concerted efforts to control the virus, the virus may have an upper hand over us,” Paul told reporters in New Delhi. “We have seen this in the past, there were predominantly localised infections and then they exploded,” he says.

India needs to wrestle cases down to a baseline 10,000 a day for at least three weeks before cases can be said to be under control, Paul says. “The war is not over…. The nation is not safe,” he insists.

While experts say the COVID-19 virus will reach its endemic stage like influenza after a while, it is going to take time. "Influenza, commonly known as flu, was a pandemic 100 years ago but today it is endemic. Similarly, in the case of Covid-19, we expect it will gradually become endemic from its current state of being a pandemic,” says Dr Samiran Panda, who heads the Indican Council for Medical Research’s epidemiology division.

For the Modi government though, the way the pandemic plays out over the coming months is of crucial concern with the all-important Uttar Pradesh elections due in February 2022. The state government is installing oxygen plants and hopes its vaccination drive will ensure that the horrific scenes witnessed in the second wave in UP aren’t repeated. The rebooted Modi government has a big stake in getting its act together in tackling the pandemic. Its political future may be riding on it.