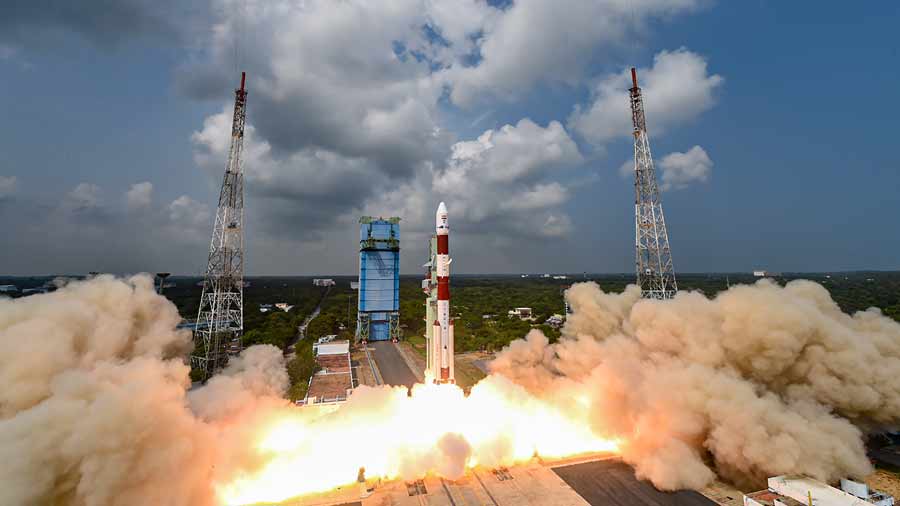 Indian Space Research Organisation (ISRO) will turn its focus on science experiments in 2023 with dedicated missions to the Sun - Aditya - and the moon - Chandrayaan-3 - even as the nascent start-up sector is set to soar in the space applications segment.

The upcoming year will also witness a series of experiments on India's maiden human space flight - Gaganyaan project - with the first uncrewed mission expected in the last quarter of 2023 aimed at validating the performance of the human-rated launch vehicle, orbital module propulsion system and recovery operations.

Indian start-ups that marked their arrival with the sub-orbital flight by Skyroot Aerospace's Vikram-S rocket, the first by a private sector company and the launch of Pixxel's hyperspectral satellites Shakuntala, on SpaceX's Falcon-9 rocket in April and Anand onboard ISRO's PSLV in November.

Skyroot Aerospace, which launched India's first privately developed rocket in November, plans to put a client satellite in orbit sometime next year, while Agnikul Cosmos, a start-up incubated on the IIT-Madras campus, has also lined up the test flight of its highly customisable Agnibaan rocket.

"We are developing six commercial hyperspectral imagery satellites which will be ready for launch next year," Awais Ahmed, Pixxel co-founder and CEO, had told PTI.

Ahmed said many more rocket companies around the globe will see their first orbital launches come to fruition which will lead to a rocket-themed game of thrones as they vie for the same set of customers sending satellites into space.

The start-ups are eyeing the huge space applications market in the country, which was earlier the sole domain of ISRO, carving a niche for themselves in the earth imaging sector, developing rockets to launch small satellites, designing cheaper fuels for satellites and even planning to take tourists on a space journey.

OneWeb also signed up the services of ISRO’s launch vehicle to put 36 satellites in low earth orbit from Sriharikota. A follow-up launch of another 36 satellites is expected next year.

The OneWeb contract for ISRO is learnt to be an outcome of some aggressive bidding by the Indians after the Ukraine conflict knocked off the Russian space launch capabilities off the market.

Chaitanya Giri, space consultant with Research and Information System for Developing Countries likens the aggression in the Indian space sector to the one displayed by Sourav Ganguly's cricket team.

"Our earlier approach was like Mohammad Azharuddin-led cricket team - very mellow and gentlemanly. The new found aggression is because of India's rising geopolitical stature. Also, the Russian market has become a no go due to the Ukraine conflict. So is the Chinese market. Now, it is Advantage India," Giri told PTI.

He said Indian start-ups should also vie for international contracts and not look at ISRO for business.

"ISRO is not an entity that will sustain business for them. Indian space start-ups, MSMEs and big corporates will have to strike business arrangements amongst each other. These B-2-B arrangements need to grow," Giri said.