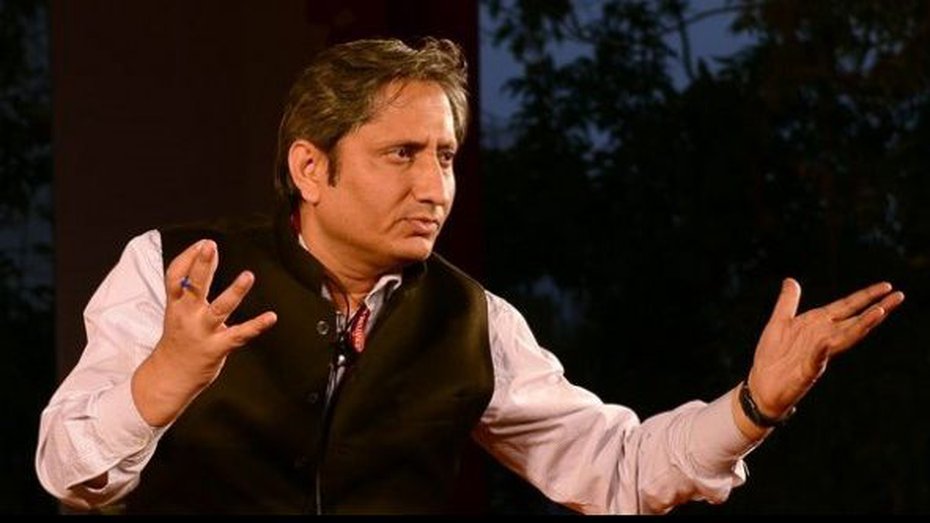 The Indian media is in a state of 'crisis,' which is not accidental or random but systemic and structural, Indian journalist Ravish Kumar said in Manila on Monday as he received the prestigious 2019 Ramon Magsaysay Award.

Kumar, 44, is NDTV India's senior executive editor and one of India's most influential TV journalists who has been reporting real-life and under-reported problems of ordinary people, said the award citation by the Ramon Magsaysay Award Foundation.

'Indian media is in a state of crisis and this crisis is not accidental or random but systemic and structural. Being a journalist has become a solitary endeavour,' Kumar said in his acceptance speech in the Philippines capital.

'It has become all the more important to evaluate the crisis in the media,' he said.

Kumar was among five individuals who were declared winners of the award, which is Asia's premier prize and highest honour, and celebrates greatness of spirit and transformative leadership in the continent.

The four other winners of the 2019 Ramon Magsaysay Award are Ko Swe Win from Myanmar, Angkhana Neelapaijit from Thailand, Raymundo Pujante Cayabyab from the Philippines and Kim Jong-Ki from South Korea.

The award was instituted in 1957 to celebrate the life of Ramon del Fierro Magsaysay, the much-esteemed Philippine president. He was the third president of the country after World War II.

The Ramon Magsaysay Award is given every year to individuals or organisations in Asia who manifest the same selfless service and transformative influence that ruled the life of the late Filipino leader.

Born in Jitwarpur village of Samastipur, Bihar, Kumar joined NDTV in 1996 and worked his way up from being a field reporter.

After NDTV launched its 24-hour Hindi-language news channel – NDTV India – targeting the country's 422 million native speakers of Hindi, he was given his own daily show, Prime Time.