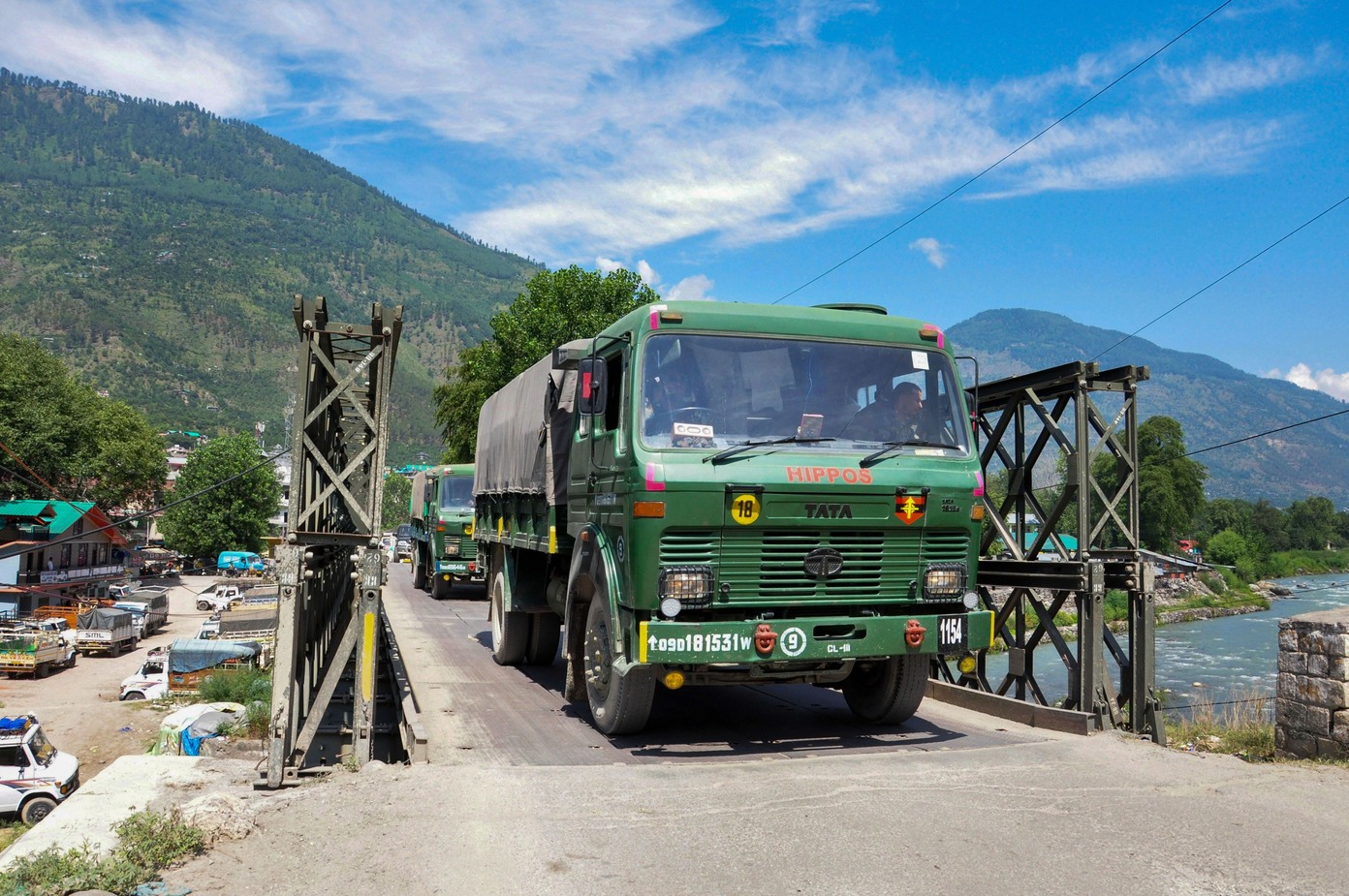 In a fresh incident in eastern Ladakh, the Chinese PLA carried out "provocative military movements" to "unilaterally" change the status quo on the southern bank of Pangong Tso lake but the attempt was thwarted by the Indian troops, the Army said on Monday.

Army Spokesperson Col Aman Anand said troops from China's People's Liberation Army(PLA) "violated" the previous consensus arrived at during military and diplomatic engagements on the ongoing standoff in eastern Ladakh, and carried out provocative military movements to change the status quo on the night of August 29/30.

A brigade commander level flag meeting is currently in progress at Chushul to resolve the issues, he said.

"On the night of 29/30 August 2020, PLA troops violated the previous consensus arrived at during military and diplomatic engagements during the ongoing standoff in Eastern Ladakh and carried out provocative military movements to change the status quo," Col Anand said in a statement.

He said the Indian Army is committed to maintaining peace and tranquility through dialogue, but is also equally determined to protect India's territorial integrity.

It is the first major incident involving the troops of the two countries after the Galwan Valley clashes on June 15 in which 20 Indian Army personnel were killed. China also suffered casualties but it is yet to make the details public but according to an American intelligence report it was 35.

India and China have held several rounds of military and diplomatic talks in the last two-and-half months but no significant headway has been made for a resolution to the border row in eastern Ladakh.

The two sides began a process of disengagement on July 6, a day after a telephonic conversation between National Security Advisor Ajit Doval and Chinese Foreign Minister Wang Yi on ways to bring down tensions in eastern Ladakh. However, the process has not moved forward since mid-July.

The PLA has pulled back from Galwan Valley and certain other friction points but the withdrawal of troops has not moved forward in Pangong Tso, Depsang and a couple of other areas.

At the five rounds of Corps commander-level talks, the Indian side has been insisting on complete disengagement of Chinese troops at the earliest, and immediate restoration of status quo ante in all areas of eastern Ladakh prior to April.

The face-off began on May 5 following violent clashes between the two armies in the Pangong lake area. The incident in Pangong Tso was followed by a similar incident in north Sikkim on May 9.

Prior to the clashes, both sides have been asserting that pending the final resolution of the boundary issue, it is necessary to maintain peace and tranquility in the border areas.

Even as both sides were engaged in diplomatic and military talks, the Indian Army stepped up its strength in all key areas along the LAC to deal with any eventualities.

Chief of Army Staff Gen MM Naravane has already conveyed to all the senior commanders of the Army, overseeing the operation of the frontline formations along the LAC, to keep up a significantly high state of alertness and maintain the aggressive posturing to deal with any Chinese "misadventure", sources said.

The tension between the two sides escalated manifold after the Galwan Valley clashes.

Following the incident, the government gave the armed forces "full freedom" to give a "befitting" response to any Chinese misadventure along the LAC.

The Army sent thousands of additional troops to forward locations along the border following the deadly clashes. The IAF has also moved air defence systems as well as a sizeable number of its frontline combat jets and attack helicopters to several key air bases.