IAF on standby to bring home Indian nationals from Kabul 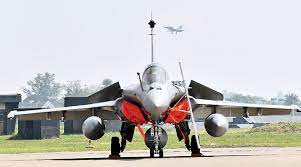 A C-17 transport aircraft of the Indian Air Force is on standby to fly to Kabul and bring home Indian nationals who are stuck in the war-torn country after the Taliban takeover, sources have said. The IAF aircraft will go to Kabul as soon as enough Indian nationals are able to move to the airport in the Afghan capital, the sources said.

India is working closely with the US government to facilitate movement of the IAF transport aircraft to Kabul, sources said. The government is hopeful up to 250 Indians can be evacuated in this C-17, but it depends on how many of them are able to reach the airport as the Taliban is in control of the city, controlling movement and checkpoints.

Operating an Air India flight to Kabul has proven to be difficult, so the IAF remains on standby, sources said, adding over an estimated 400 Indians may need to be evacuated, but the exact figure is unclear at the moment.