India, US to hold 2+2 dialogue in November, says foreign secretary 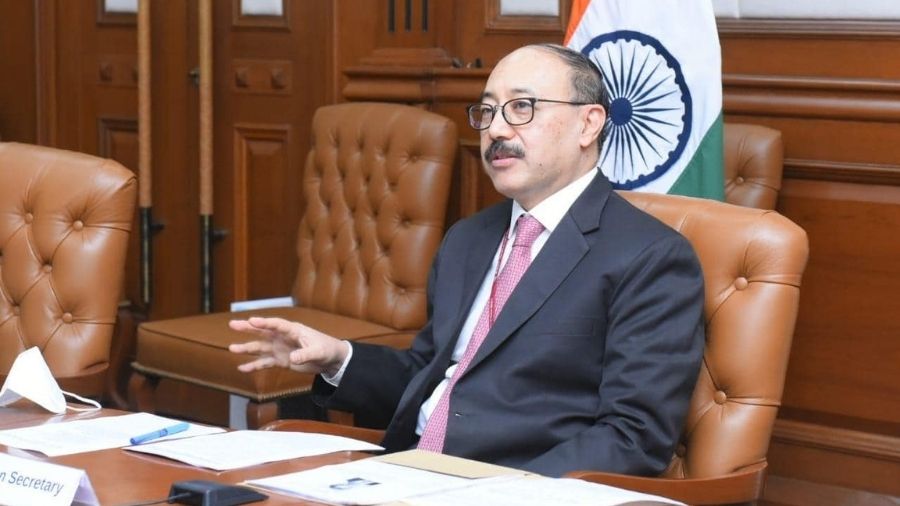 The 2+2 dialogue between India and the United States would be held in November this year, Foreign Secretary Harsh Vardhan Shringla has said.

"We're looking at the 2+2 which will happen in November. The exact dates are not yet worked out," Shringla told a group of Indian reporters at the conclusion of his three-day visit to Washington DC, during which he held meetings with top officials of President Joe Biden's administration, including Secretary of State Antony Blinken.

"We used this opportunity to have the 2+2 inter-sessional meeting at the joint secretary level," he said on Friday.

The last meeting of the 2+2 was held in New Delhi and the next meeting is to be hosted by the US here.

The 2+2 ministerial dialogue takes place between foreign and defence ministers of both the sides.

External Affairs Minister S Jaishankar and Defence Minister Rajnath Singh would be hosted by their American counterparts Secretary of State Blinken and Defence Secretary Lloyd Austin for the maiden India-US 2+2 meeting of the Biden administration.

In addition to being engaged on Afghanistan, the two countries during his visit had an extensive conversation on regional and multilateral issues including the United Nations and the upcoming Quadrilateral summit here later this year. US Special Envoy on Climate Change John Kerry is also scheduled to visit India soon, he said.

On Friday, the foreign secretary also held meetings with industry representatives organised separately by the US India Strategic and Partnership Forum and US India Business Council.

"We covered a very wide range of issues of interest to them," he said, adding that they were very interested in India's handling of the COVID-19 situation, the vaccine issue, economic recovery in India, economic opportunities and the investment situation in the country.

Shringla arrived in Washington DC on Wednesday following his successful trip to New York, where he chaired meetings of the UN Security Council. India was the president of the 15-member body for August.