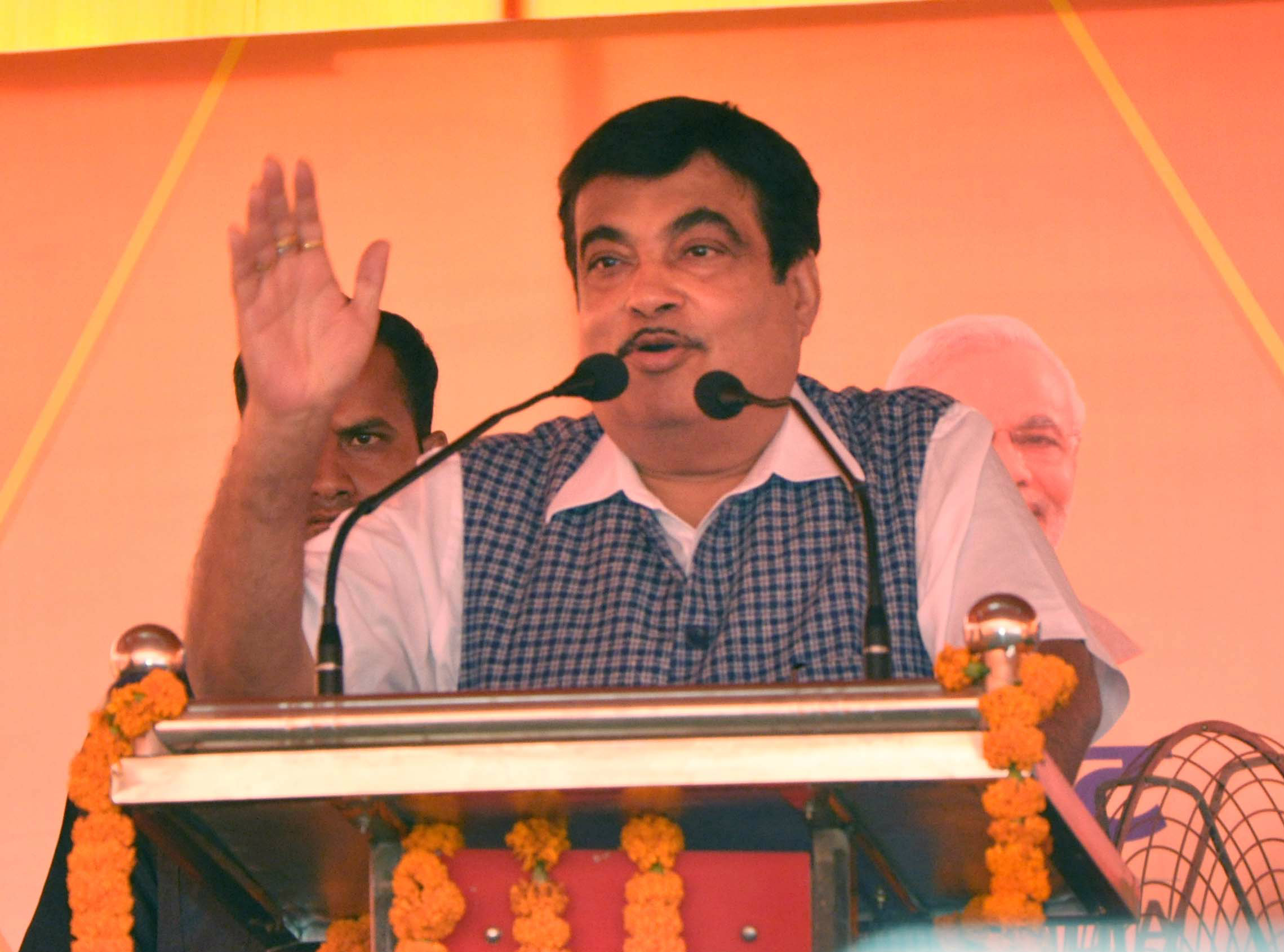 "We will not give permission to joint ventures that have Chinese partners for road construction. ," Union minister Nitin Gadkari said.
The Telegraph file picture
PTI   |   New Delhi   |   Published 01.07.20, 05:09 PM

India will not allow Chinese companies to participate in highway projects, including those through joint ventures, Union minister Nitin Gadkari said on Wednesday amid border standoff with China.

Gadakri also said the government will ensure that Chinese investors are not entertained in various sectors like Micro, Small and Medium Enterprises (MSMEs).

The senior minister's assertions assume significance against the backdrop of border standoff between India and China in Ladakh that also saw the death of 20 Indian Army personnel last month.

"We will not give permission to joint ventures that have Chinese partners for road construction. We have taken a firm stand that if they (Chinese companies) come via joint venture in our country, we will not allow it," Gadkari told PTI in an interview.

The road transport, highways and MSME minister said a policy will be out soon banning Chinese firms and relaxing norms for Indian companies to expand their eligibility criteria for participation in highway projects.

Currently, only a few projects which were undertaken much earlier involve some Chinese partners. When asked about this, the minister said that the new decision will be implemented in current and future tenders.

With respect to existing tenders and future bids, Gadkari said rebidding would be done if there are any Chinese joint ventures.

"We have taken a decision to relax norms for our companies to ensure that they qualify in bidding in large projects. I have directed the highways secretary (Giridhar Aramane) and NHAI chairman (S.S. Sandhu) to hold a meeting for relaxing technical and financial norms so that our companies can qualify to work," he said.

Elaborating on the decision, Gadkari said if a contractor can qualify for a small project, he can also qualify for a large project. "Construction norms are not good so I have asked to change it. We are changing it so that we can encourage Indian companies," he added.

According to him, qualification norms for projects are being rationalised to ensure Indian companies do not require to enter into pacts with foreign partners to grab projects.

"Even if we have to go for foreign joint venture in the areas of technology, consultancy or design, we will not allow Chinese," the minister said.

About the MSME sector, Gadkari said the effort is to enhance the capacity of local production but at the same time foreign investment is being promoted.

However, he made it clear that despite decision to encourage foreign investment, Chinese investors would not be allowed.

"For upgradation of technology, research, consultancy and other works, we will encourage foreign investment and joint ventures in MSMEs but in case of Chinese we will not entertain them," he said.

On stopping of consignments from China at Indian ports, the minister said there is "no arbitrary stopping of goods" at Indian ports and the government is initiating path-breaking reforms to help MSMEs and businesses in a bid to make the country self-reliant.

"It is a good step. The imports from China will be discouraged and the country will take large strides towards self-reliance," the minister said and added that he is among the strongest proponents of 'Atmanirbhar Bharat'.

Gadkari said that he had urged departments concerned to expedite clearance of consignments which were booked two to three months in advance before the situation took its present shape.

After a representation from a farmers and traders' body that imported agriculture equipment consignments were delayed at ports, Gadkari in a letter to Finance Minister Nirmala Sitharaman and Commerce and Industries Minister Piyush Goyal had sought early clearance of the said consignments.

There are reports that customs authorities at Chennai and Vishakhapatnam ports are conducting extra scrutiny of consignments from China.

Gadkari, as per the information, did not mention the name of the country from where these equipment were imported.

"Indian business has the strength and skills to grow further and power our journey towards self-reliance. Under strong leadership of PM Narendra Modi, the Government of India is proactive and initiating path-breaking reforms that will help businesses and MSMEs," he said.

Most of these equipment, as per the information, pertain to spraying devices for pesticide control as the same had been diverted to urban areas during the Covid-19 pandemic outbreak.

Amid heightened border tensions with China, Indian customs officials have started physical inspection of all consignments coming from the neighbouring country specially Chennai and Vishakhapatnam ports.