All parameters met during the flight test of the weapon which has a strike range of more than 400 km, say DRDO officials 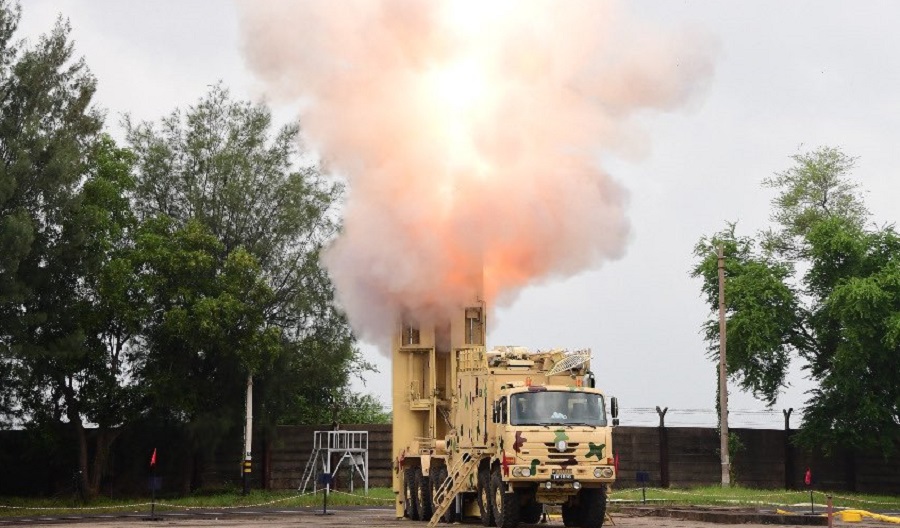 The surface-to-surface cruise missile, featuring indigenous booster and airframe section along with other Made in India sub-systems, blasted off from the launching complex-III of the Integrated Test Range (ITR) near here, a defence statement said.

Describing the trial conducted at 10.30 am as "successful", Defence Research and Development (DRDO) officials said, all parameters were met during the flight test of the missile which has a strike range of more than 400 km.

The BrahMos Land-Attack Cruise Missile (LACM) was cruising at a top speed of Mach 2.8.

The successful trial of the state-of-the-art cruise missile is one more major step in enhancing the indigenous content, the statement said.

"Todays successful launch has paved the way for the serial production of the indigenous booster and other indigenous components of the powerful BrahMos Weapon System realising Atma Nirbhar Bharat pledge," it said.

The BrahMos missile can be launched from land, sea platforms as well as fighter jets, defence sources said.

Jointly developed by the DRDO and NPOM, a leading aerospace enterprise of Russia, the BrahMos missile is a medium-range ramjet supersonic cruise missile capable of being launched from submarines, warships, fighter jets or land.

The first extended version of the missile, which had a strike range of 450 km, was successfully tested on March 11, 2017.

On September 30, 2019 a shorter range land version of BrahMos was successfully test fired from Chandipur ITR.

The sophisticated missile, already operational with the Army, Navy and Air Force, is regarded as the fastest supersonic cruise missile in the world, the sources said. PTI COR SKN MM