Official highlighted words such as "pogrom", "pick up the gun and fight till the end" and "racial superiority" to say that Khan's speech reflected a "medieval mindset" 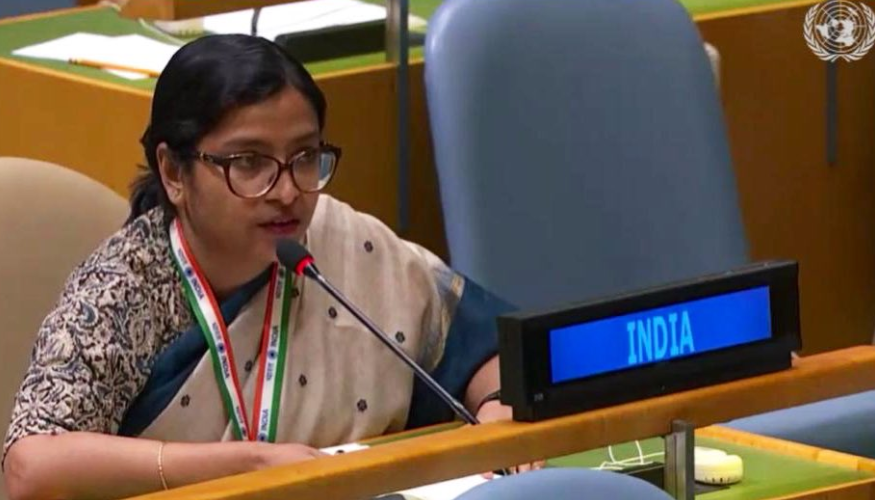 India today criticised Pakistan Prime Minister Imran Khan's UN General Assembly speech as one that spoke of the world in 'binary terms', was 'medieval' in content and relied on nuclear 'brinkmanship'.

External affairs first secretary Vidisha Maitra, putting forward New Delhi's position, said Islamabad had sought to portray the world as 'us versus them', 'rich versus poor', 'Muslims versus others'.

India said what Khan had said was akin to 'hate speech'.

The Indian official highlighted words such as 'pogrom', 'pick up the gun and fight till the end' and 'racial superiority' to say that Khan's speech reflected a 'medieval mindset'.

Maitra said that Khan's 'threat' of nuclear devastation 'qualifies as brinkmanship, not statesmanship'.

Speaking after Prime Minister Narendra Modi, Khan had yesterday raised the spectre of a nuclear war with India, if pushed to the wall.

“I feel we are back in 1939 Europe,” Imran said. “Are you going to appease a market of 1.3 billion people or are you going to stand up for justice and humanity?” Khan asked.

He painted a bleak picture of what could happen in Kashmir after the restrictions were lifted. Airing fears of a bloodbath given the troop presence, a resultant radicalisation and possible terror attacks, he warned the global community that India would blame a situation of its own making on Pakistan.

“If a conventional war starts, and a country seven times smaller than its neighbour is faced with a choice between surrender and a fight till death for freedom, what will we do? We will fight and when nuclear-armed countries fight to the end, it will have consequences far beyond the borders. This is not a threat but a worry,” Imran said.