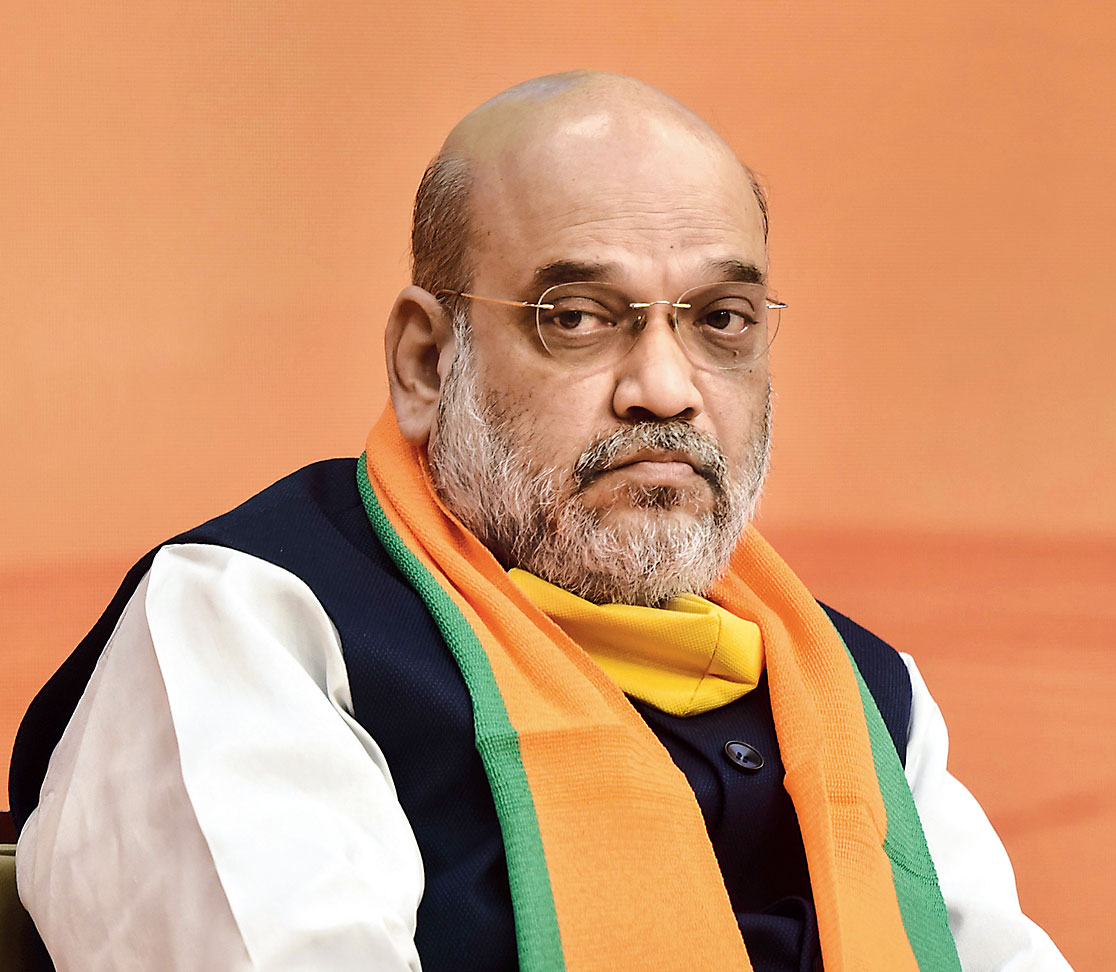 The carnage in Ladakh has renewed focus on a display of “aggression” by Union home minister Amit Shah last year in Parliament with a vow to give his life for the integrity of Jammu and Kashmir and a reminder that it included Aksai Chin.

Aksai Chin, close to the current flashpoint zone Galwan Valley, is controlled by China but it is claimed by India as part of Ladakh.

On August 6 last year, Shah, the new home minister, had made the remarks while moving a resolution in the Lok Sabha for abrogating Article 370 that granted special status to Jammu and Kashmir.

Responding with anger to an intervention by Congress’s House leader Adhir Chowdhury who wanted to know about Pakistan-occupied Kashmir, Shah said Jammu and Kashmir includes PoK as well as Aksai Chin.

“When I say Jammu and Kashmir, then Pakistan-occupied Kashmir also comes under it,” Shah said.

The home minister exploded in anger when a member wondered why he was being so aggressive.

“I am aggressive because don’t you consider the Pakistan-occupied part of Jammu and Kashmir, as part of India?” Shah asked.

The Chinese had reacted strongly after the Modi government, riding a huge popular mandate last year, pushed for abrogation of Article 370 to end the special status of Jammu and Kashmir and created Ladakh as a separate Union Territory.

“We urge India to be cautious in its words and deeds on the border issue, strictly abide by the relevant agreements reached between the two sides, and avoid taking actions that further complicate the border issue,” the Chinese foreign ministry had said in a statement in August.

The same month, in a closed-door informal session of the UN Security Council, the Chinese Permanent Representative in the UN, lodged a protest, saying India’s actions has “challenged the Chinese sovereign interests and violated bilateral agreements on maintaining peace and stability in the border area.…”

China had stuck to the theme. “China urges the Indian side to earnestly respect Chinese territorial sovereignty, abide by our treaties and uphold peace and tranquillity in the border areas and create favourable conditions for the proper settlement of boundary question,” China’s foreign ministry spokesperson Geng Shuang said on October 31, a day after Ladakh formally became Union Territory, referring to bilateral treaties and boundary disputes.

Less than a year later, on Wednesday, Shah restricted himself to paying homage to the soldiers killed in Galwan Valley.

“The pain of losing our brave soldiers while protecting our motherland at Ladakh’s Galwan cannot be put in words. Nation salutes our immortal heroes who sacrificed their lives to keep Indian territory safe and secure. The bravery reflects India’s commitment towards her land,” one of the two tweets he posted said.