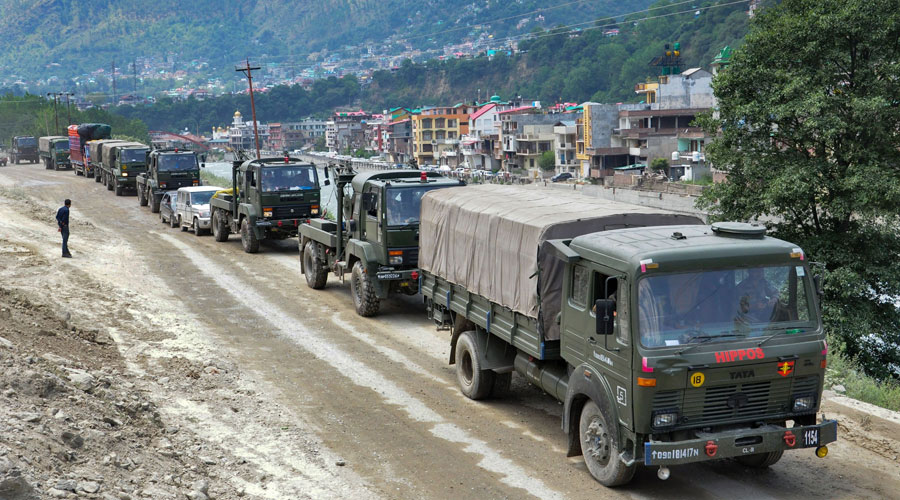 The disengagement process on the India-China border is “intricate and requires constant verification”, the Indian Army said on Thursday, adding that both sides remain committed to the “objective of complete disengagement”.

Later in the day, India’s foreign ministry said the process of disengagement along the LAC was “complex”, and that unsubstantiated and inaccurate reports needed to be avoided.

Words such as “intricate” and “complex” in the statements, which followed marathon military-level talks and a full day of official silence, have prompted questions whether the Chinese are refusing to accept all the terms of disengagement.

The Indian Army said on Thursday afternoon, over 30 hours after the talks had stretched for 15 hours and ended on Wednesday around 2am: “The two sides remain committed to the objective of complete disengagement.”

The army said: “This process is intricate and requires constant verification. They are taking it forward through regular meetings at diplomatic and military level.”

A military veteran said the tone and tenor of the army’s statement suggested that all was not well with the disengagement process.

“The army’s assertion that the disengagement process is intricate and requires constant verification seems to be an acknowledgement that the Chinese are still not agreeing with India’s demand for restoration of status quo ante along the Line of Actual Control,” the veteran said.

The foreign ministry later said in a statement: “The process of disengagement along the LAC is complex and therefore, unsubstantiated and inaccurate reports need to be avoided.”

It added: “There is absolutely no change with respect to India’s position on the Line of Actual Control. We are fully committed to observing and respecting the LAC. Any unilateral attempts to change the status quo along the LAC are not acceptable.”

The ministry said the disengagement process currently under way in the western sector was “specifically aimed at addressing face-off situations and close-up deployments of troops along the LAC”.

“It is based on an understanding between senior military commanders. Both sides have agreed at specific points to re-deploy towards their regular posts on their respective sides of the LAC. These are mutually agreed reciprocal actions to be taken by both sides. And as I have already conveyed, it is an ongoing process. This mutual re-deployment should not be misrepresented,” the ministry spokesperson said.

Referring to the 15-hour military talks on Tuesday, the army’s statement said: “The senior commanders reviewed the progress on the implementation of the first phase of disengagement and discussed further steps to ensure complete disengagement.”

During the fourth round of senior commander-level talks at Chushul, Ladakh, both sides are said to have discussed the modalities agreed for phase-wise disengagement.

The engagement was consistent with the consensus reached between the special representatives of India and China on July 5 to discuss complete disengagement, the statement said.

Defence ministry sources had said on Wednesday that the talks were “positive” but “inconclusive”, with an “exact timetable for disengagement and de-escalation” remaining elusive.

The Chinese are said to have shown positive intent at the talks but were “reluctant” to completely withdraw from the “Finger area” near the Pangong Lake, where they are reported to have intruded 8km into territory that India claims.

Sources said the focus of the fourth round of military talks was to resolve the tension between the two armies in the Finger area and the Depsang Plains as well as pulling back troops and weapons from other friction points in the region.

Each side has retreated 1.5km from the June face-off site in the Galwan Valley and Hot Springs by creating “buffer zones” within the Indian territory as part of the disengagement agreement. But the Chinese People’s Liberation Army is yet to pull back from India-claimed lines in the Finger area at the Pangong Lake and the Depsang Plains.

Veterans have expressed concern over the creation of buffer zones within Indian territory, which they said amounted to territory loss for the Indian Army. They have also questioned its logic, saying it amounted to playing into the hands of the Chinese who have transgressed into India-claimed areas with a clear intent to alter the map and occupy areas that suit its strategic purposes.

Defence minister Rajnath Singh is expected to visit Ladakh on Friday morning. On Saturday, he is scheduled to visit border areas along the Line of Control with Pakistan.