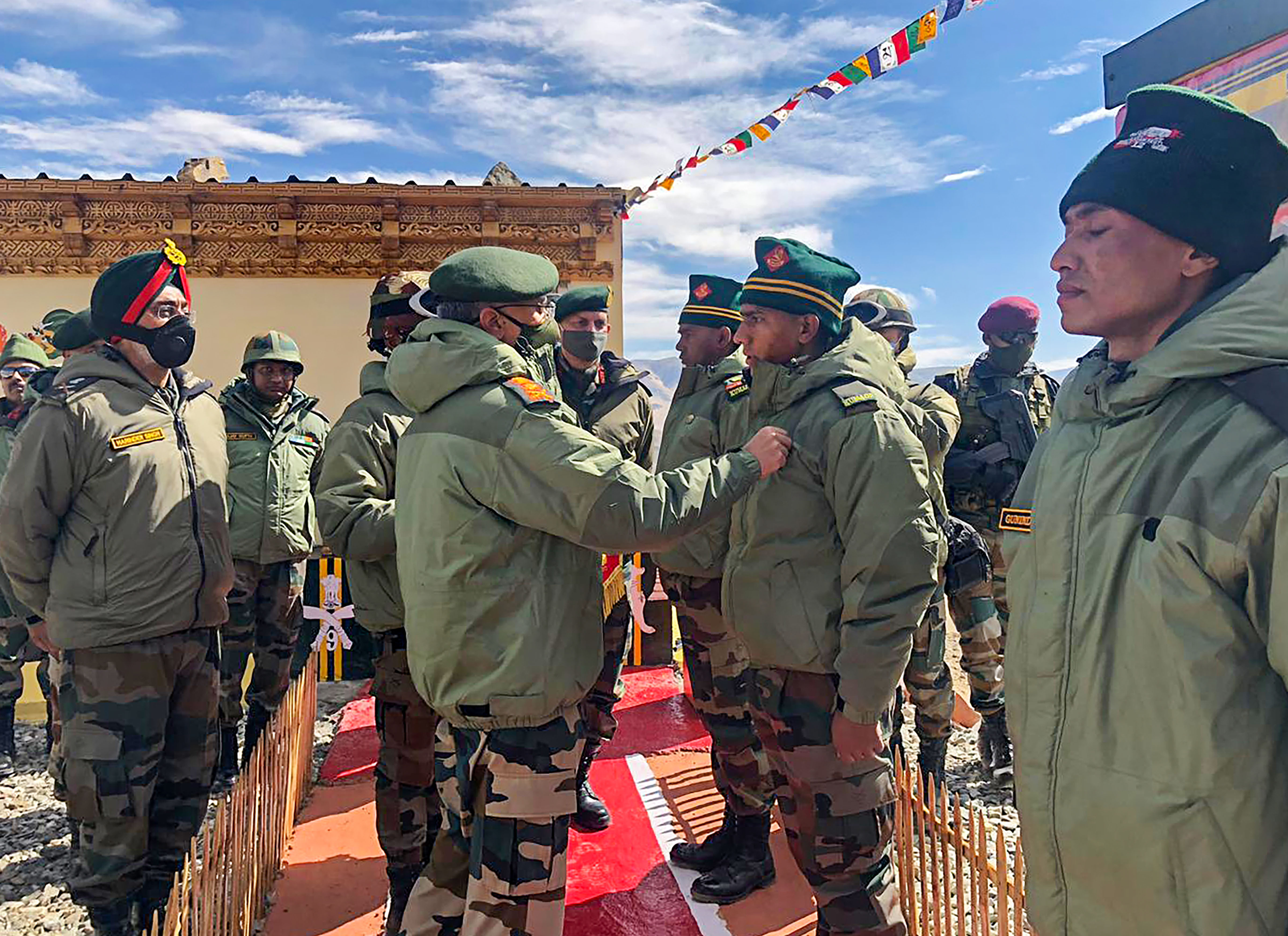 A specialist document drafted in 2012 had presaged Chinese attempts to militarily alter the borders and prescribed that India respond with “similar action across the LAC; a policy of quid pro quo”.

In the event of a “major” military offensive by China, the document recognised India’s inability to marshal a “proportionate response” but advised leveraging “our asymmetric capabilities to convince the Chinese to back down”.

Part of leveraging “our asymmetric capabilities” would be such radical resorts as triggering an “effective insurgency in areas occupied by the Chinese forces (read Tibet)”.

Titled “NonAlignment 2.0: A Foreign and Strategic Policy for India in the Twenty First Century”, the document was put together by eminent diplomats, technocrats, historians, military experts and academics.

The “informal” group, he said, plans to reconvene later this year to “look back” on the 2012 proposals and reassess India’s strategic position.

The document has acquired fresh context with the multiple Chinese incursions in eastern Ladakh this summer. There have been three significant confrontations between the Indian and Chinese forces along the borders since the report was written: Depsang Plains (2013), Chumar (2014) and Doklam (2017).

The current Chinese broadside is militarily the most audacious and belligerent. It has claimed lives on the Sino-Indian frontier for the first time in 45 years — 20 soldiers on the Indian side and an unspecified number from the People’s Liberation Army (PLA) ranks.

“In some ways the document had emphasised the core concepts of strategic thinking: that you need options, and successful powers have thought through these options,” Pratap Bhanu Mehta, one of the authors of the report, said.

“It did foresee the possibility that China could use border issues by taking territory to keep India in its place, and in that situation what India could do. In a sense, that has come into play now.”

The document’s warning about China’s attempts at “territorial land grabs” has repeatedly rung true: “China could assert its territorial claims (especially in the Arunachal sector or Ladakh) by the use of force. There is the possibility that China might resort to territorial grabs. The most likely areas for such bite-sized operations are those parts of the Line of Actual Control (LAC) where both sides have different notions of where the LAC actually runs. These places are known. We cannot also entirely dismiss the possibility of a major military offensive in Arunachal Pradesh or Ladakh.”

Its suggested response from the Indian side was unambiguous: “The better way of responding to limited land-grabs by China is for us to undertake similar action across the LAC: a strategy of quid pro quo. There are several areas where the local tactical and operational advantage rests with us. These areas should be identified and earmarked for limited offensive operations on our part.”

The document recognised Chinese military superiority and said: “But this does not mean that we will have to resort to a purely defensive strategy. Indeed, given the fact that the combat ratio and logistic networks favour China and that the attacker will always have the advantage of tactical (if not strategic) surprise, we will need a mix of defensive and offensive capabilities that can leverage the advantages that the terrain offers.”

In purely border management terms, the document earmarked a recurrent operational niggle along the LAC: “There is a need to improve the integration between the Indo-Tibetan Border Police (ITBP) and the army. This is required because the Sino-Indian border, unlike most other land borders, is characterised not by illegal movement of peoples but instead is often subjected to transgressions. Therefore the present arrangement of two forces (ITBP and army), each operationally under different ministries, does not lend itself easily towards integrated functioning. The way forward will require streamlining the operational command….”

Another dimension of the document that has come to relevance was its flagging of vigil and alertness along the frontiers with China.

It said: “An offensive will not come as a bolt from the blue — there will be some warning in terms of an overall deterioration of diplomatic ties and significant military preparation by the Chinese as long as we have sufficient and reliable surveillance and intelligence capability….”

It has now become apparent that early signs of the PLA’s noticeable build-up in eastern Ladakh — the first intelligence inputs are reported to have come in the third week of April — were either not heeded or kept under wraps until it became untenable to put a lid on the PLA’s ingress.

It took a month for the matter to get formal cabinet notice. A mere couple of days before the clashes that claimed the lives of 20 Indian soldiers in the Galwan Valley, the army chief, Gen. M.M. Naravane, had claimed that the “situation along our borders with China is under control”.

There was also a reminder in the document of what India requires to consistently do in order that it is not merely prepared for military contingencies but is also able to pre-empt Chinese adventurism.

India’s strategy, it said, “will need the creation of infrastructure for mobility and housing troops”.

“It would also entail building up our existing defensive formations.... Though border infrastructure is under development, its progress has been slack and requires a major boost to speed up its implementation. Such a strategy will not only wrest the initiative from the Chinese, but will also be useful for our diplomatic efforts to restore status quo ante.”