As many as 18 rounds of military and diplomatic talks have taken place since May but nothing much has changed on the ground: Official 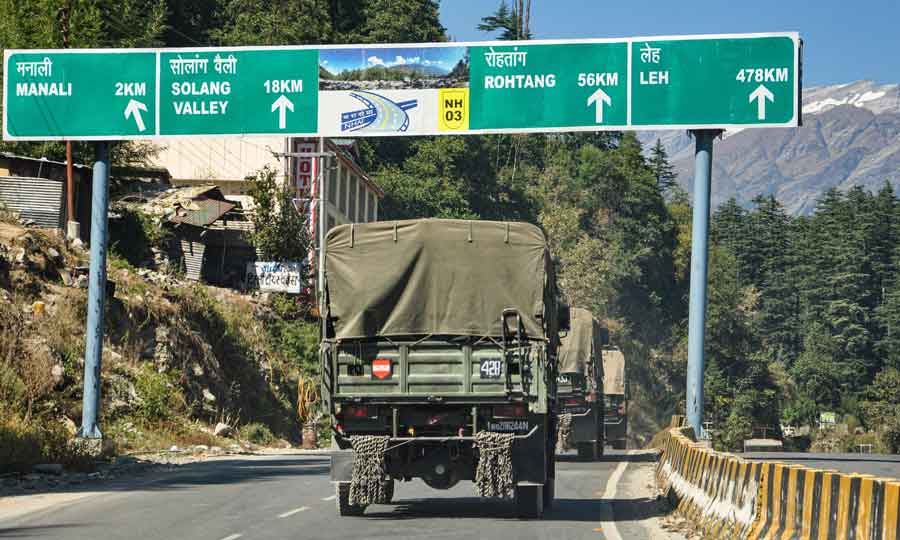 The seventh round of military talks between India and China failed to achieve a breakthrough on the border standoff, triggering apprehensions that the Ladakh frontier could now become a permanently contested militarised zone akin to Jammu and Kashmir.

Sources said Beijing continued to resist New Delhi’s demand for disengagement and de-escalation of troops from multiple friction points in eastern Ladakh along the Line of Actual Control. As many as 18 rounds of military and diplomatic talks have taken place since May but nothing much has changed on the ground, an official said.

A joint statement issued by the defence ministries on Tuesday night said: “Both sides agreed to maintain dialogue and communication through military and diplomatic channels, and arrive at a mutually acceptable solution for disengagement as early as possible.”

The defence ministries’ statement added: “Both sides agreed to earnestly implement the important understandings reached by the leaders of the two countries, not to turn differences into disputes, and jointly safeguard peace and tranquillity in the border areas.”

In Beijing, the Chinese foreign ministry pinpointed India’s heightened infrastructure development and military deployment along the border as the “root cause” of tensions.

China iterated that Beijing does not recognise the new Union Territory of Ladakh and also Arunachal Pradesh, where 16 of the 44 bridges commissioned by defence minister Rajnath Singh on Monday are located.

Chinese foreign ministry spokesman Zhao Lijian identified the border infrastructure on the Indian side as the main reason for the face-off between the two countries since May while responding to a specific question at a routine media conference on India opening multiple bridges, many of them providing all-weather access to the disputed border with China.

“For a while, the Indian side has been stepping up infrastructure building and military deployment along the border with China. This is the root cause of tensions. We urge the Indian side to earnestly implement the consensus reached by the two sides, refrain from taking actions that will complicate the situation, and take concrete measures to safeguard peace and tranquillity along the border,” Zhao said.

The question had specifically referred to eight of the bridges being located in Ladakh and another eight in Arunachal Pradesh, drawing a sharp iteration from Zhao. “China doesn’t recognise the so-called ‘Ladakh Union Territory’ illegally set up by India, or ‘Arunachal Pradesh’, and opposes infrastructure building aimed at military contention in disputed border areas,” the spokesperson said.