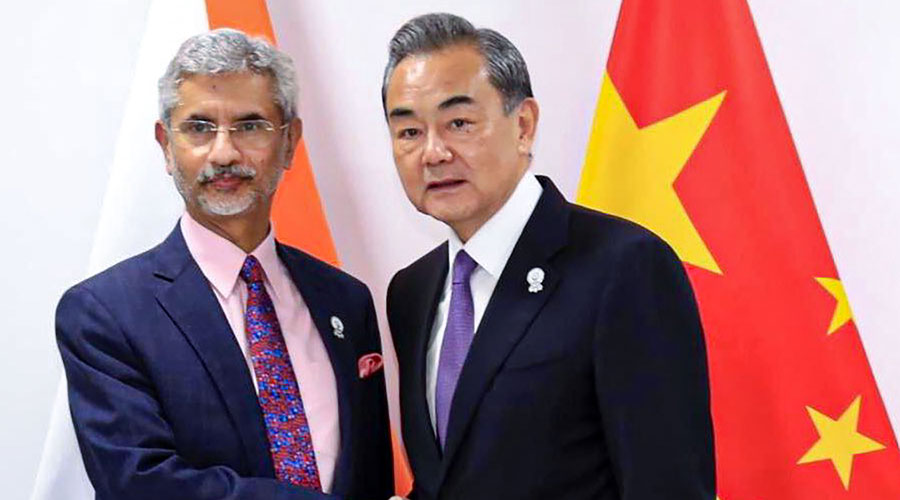 India and China on Thursday publicly scaled down the blame game for the crisis along the Line of Actual Control (LAC), arrived at a five-point consensus on addressing the current situation and began looking at the need for new confidence-building measures once the tensest chapter in bilateral relations in 45 years is closed.

These were the main takeaways from the first meeting between the Indian and Chinese foreign ministers, S. Jaishankar and Wang Yi, in Moscow on Thursday on the sidelines of the SCO meeting, but they do not paper over the differences.

This was the second face-to-face engagement between the political leadership of the two countries in less than a week. The last was between the defence ministers in Moscow on September 4, which was followed by another escalatory development along the LAC on September 7.

Given that similar interventions during the current crisis have come to naught in subsequent weeks — with two major escalations over the past fortnight — the consensus appears to be to wait and watch. This is also evident from the absence of any effort to talk up the meeting, either in anticipation or in the aftermath.

The statements put out by both capitals after the meeting, which went on for two hours and a half, indicate persistent differences in perception. China continues to maintain that the boundary question should not hold up the entire relationship and attributes statements to India that do not bear scrutiny.

Tweeting about the five-point consensus, the former Indian ambassador to Iran, K.C. Singh, observed that they are mostly old formulas for LAC management.

“But context evolved after India occupied vantage points on Kailash range. Mutual withdrawal must be parity-based.”

Retired diplomat Vishnu Prakash tweeted: “India China joint statement on border disengagement somehow doesn’t inspire. Chinese do not seem to have agreed to restore status quo ante. There are no timelines. The understanding on quick disengagement is vague at best. It will be a miracle if these commitments are honoured.”

Although the Indian external affairs ministry headlined the official readout on the meeting as a “joint press statement”, it was different from what the Chinese government put out despite the points of convergence regarding the five measures to be adopted to address the crisis at hand.

There was the hat-tip to the consensus at the leadership level to develop the bilateral relationship and not allow differences to become disputes. Both foreign ministers, according to the Indian readout, agreed that the current situation in the border areas was not in the interest of either side and, therefore, the border troops should continue their dialogue, quickly disengage, maintain proper distance and ease tensions.

The dialogue will continue through the Special Representative mechanism and the Working Mechanism for Consultation and Coordination on India-China border affairs, thereby keeping the lines of communication open at the military, political and diplomatic levels.

There is consensus on the need for new confidence-building measures, and the two ministers agreed that both sides would abide by all the existing agreements and protocols on China-India boundary affairs, maintain peace and tranquillity in the border areas and avoid any action that could escalate matters.

The Chinese statement also placed on record what Wang said. While he spoke of the need to “stop provocations such as firing and other dangerous actions that violate the commitments made by the two sides”, the staple of previous statements holding India squarely responsible for the escalation was missing.

The Indian side, according to sources, highlighted deep concern at the massing of Chinese troops with equipment along the LAC. The presence of such a large concentration of troops, it was pointed out, was not in accordance with the 1993 and 1996 agreements and created flash points along the LAC.

Further, it was underlined that the Chinese side had not provided a credible explanation for this deployment. The provocative behaviour of Chinese frontline troops during numerous incidents of friction along the LAC also showed a disregard for bilateral agreements and protocols.

“The Indian side clearly conveyed that it expected full adherence to all agreements on management of border areas and would not countenance any attempt to change the status quo unilaterally,” a source said, adding that Indian troops had followed all agreements and protocols.

Jaishankar is said to have accepted that the solution to the boundary question needed time and effort while underlining that peace and tranquillity on the border areas was essential for the development of bilateral ties.

The Chinese statement attributes some remarks to the Indian side that go completely against India’s stated position – that “India’s policy towards China has not changed” and that the India side does not consider the development of bilateral relations to be dependent on the settlement of the boundary question.

China’s official claim that India’s policy towards China has not changed does not bear scrutiny going by the slew of actions New Delhi has taken in recent months – some before the border escalation – regarding trade and investments.

Apart from the much talked about ban on many Chinese apps and search engines like TikTok and Baidu, India has barred Chinese participation in road ventures including that through joint ventures, and amended public procurement rules and also the foreign investment regime to facilitate restrictions on bidders and investments from neighbouring countries in a move directed at China.