India among top 30 nations at 'high risk' from coronavirus; nine under watch in Maharashtra

Must understand population movement patterns to assess how the virus might spread domestically and internationally: Researcher 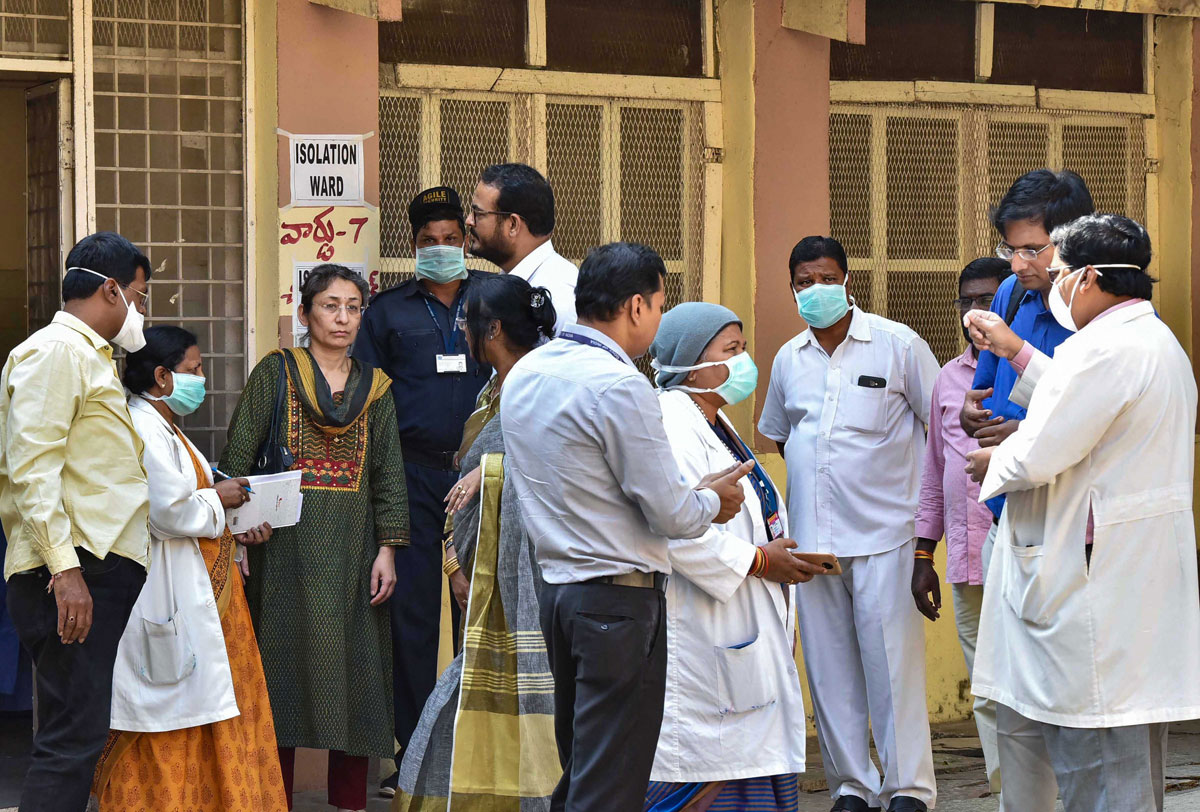 India is among the top 30 countries at “high-risk” from the spread of the deadly Wuhan coronavirus, according to a study based on the number of air travellers predicted to arrive in the countries from the worst affected cities in China.

On Wednesday a 49-year-old resident of Mumbai became the ninth person in Maharashtra to be kept under observation for possible exposure to the coronavirus (2019-nCoV), a health official said in Mumbai on Wednesday. The man had returned on January 21 from Wuhan, believed to be the epicentre of the deadly virus, he said.

Researchers from the University of Southampton in the UK have compiled a list of cities and countries they believe are at high risk from the 2019 novel coronavirus — which has killed over 100 people so far, and infected thousands.

The most “at risk” countries or regions worldwide are Thailand (1), Japan (2), and Hong Kong (3). The US is 6th on the list, Australia 10th, the UK 17th and India 23rd, the researchers said in the study released on Tuesday.

The 2019 novel coronavirus, is a large family of viruses that causes illnesses ranging from common cold to acute respiratory syndromes. It has emerged from a seafood and animal market in Wuhan city and is suspected to have spread as far as the United States.

According to the World Health Organisation, the common symptoms of the novel coronavirus strain include respiratory symptoms such as fever, cough, shortness of breath and breathing difficulties.

“He (the Mumbai resident) was admitted in civic-run Kasturba Hospital on Tuesday after he developed a fever and cough on January 24,” Maharashtra state disease surveillance officer Dr Pradeep Awte told PTI.

He clarified that the man under observation didn't show any nCoV symptoms when he had returned to Mumbai.”

A total of nine patients, six of them in Mumbai, are currently under observation in the state for suspected coronavirus infection,” he said. Of the rest, two patients are admitted in a hospital in Pune and one in Nanded. Dr Awte said 3997 people have been screened so far at the Chhatrapati Shivaji Maharaj International Airport in Mumbai for possible exposure to the virus, but no positive case has been found so far in Maharashtra.

The government had already appealed to people who have been to China and have returned after January 1 to report to state-run hospitals if they are suffering from cough and mild fever.

According to the study by the university's WorldPop team, Bangkok in Thailand is currently the city most at risk from a global spread of the virus. Hong Kong is second on the list, followed by Taipei in Taiwan. Sydney, New York and London are among the top 20 other major international cities ranked in the research, released on Tuesday.

Within mainland China, the cities of Beijing, Guangzhou, Shanghai and Chongqing are all identified as high-risk by the researchers, along with the Chinese provinces of Guangdong, Zhejiang, Sichuan and Henan.

“It's vital that we understand patterns of population movement, both within China and globally, in order to assess how this new virus might spread — domestically and internationally,” said Andrew Tatem, a professor at the University of Southampton.

“By mapping these trends and identifying high-risk areas, we can help inform public health interventions, such as screenings and healthcare preparedness,” Tatem said.

The team used anonymised mobile phone and IP address data — which helps to identify devices — along with international air travel data to understand typical patterns of movement of people within China, and worldwide, during the annual 40-day Lunar New Year celebrations.

From this, they identified 18 Chinese cities — including Wuhan -- at high-risk from the new coronavirus, and established the volume of air passengers likely to be travelling from these cities to global destinations over a three month period. The team, including researchers from the University of Toronto in Canada, and the China Centre for Disease Control and Prevention, was then able to rank the top 30 most at-risk countries and cities around the world.

The researchers acknowledge that their analysis is based on “non-outbreak” travel patterns, but highlight that a high proportion of people travelled with symptoms at an early stage of the outbreak, before restrictions were put in place. Travel cordons are likely to have only coincided with the latter stages of peak population numbers leaving Wuhan for the holiday period, the researchers noted. According to Wuhan authorities, it is likely that more than five million people had already left the city, they said.

“The spread of the new coronavirus is a fast moving situation and we are closely monitoring the epidemic in order to provide further up-to-date analysis on the likely spread,” said Shengjie Lai from the University of Southampton. “This includes the effectiveness of the transport lockdown in Chinese cities and transmission by people returning from the Lunar New Year holiday, which has been extended to February 2,” said Lai.

On Monday, Rajasthan confirmed that one patient has been hospitalized and is being kept under watch.

Rajasthan Minister Subhash Garg: One person suspected with #coronavirus is admitted at Sawai Man Singh Hospital, Jaipur. The patient has been kept in isolation; condition stable. The patient's samples sent to Pune for tests. The state government is taking all precautions. pic.twitter.com/5Xeh0of4dP

The first case of the deadly virus reported from Nepal has led to a scare in eastern Uttar Pradesh, particularly Gorakhpur, because of its proximity to Nepal. 10-bed isolation wards have been put up in every district hospital as precautionary measure to deal with suspected cases.

Uttar Pradesh government directs officials to set up 10-bed isolation wards in every district hospital and medical college of the state as precautionary measure to deal with any suspected case of coronavirus: Officials

3 kept in isolation wards in Delhi.
3 under observation in Punjab and Haryana.
430 people under watch at their homes in Kerala.

A Thai national who had earlier travelled to Nepal before coming to India, died of coronavirus-like symptoms in a private hospital in Calcutta.

Coronavirus: death toll rises to 132 in China as foreigners leave

India to evacuate nationals from China