India accepts one pilot is missing in action 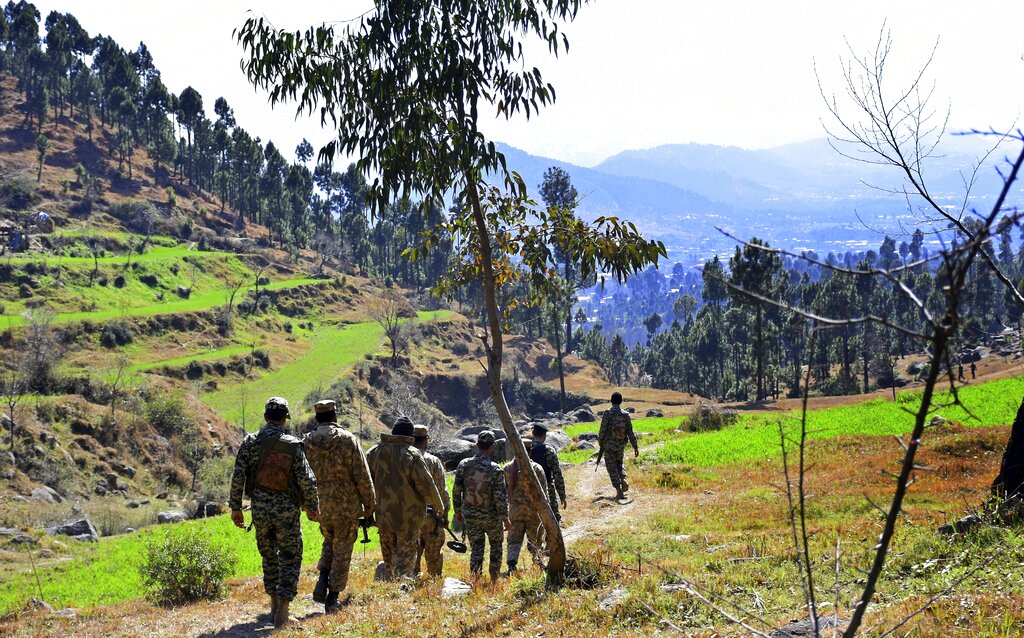 Pakistani soldiers patrol in the area where Indian planes launched a pre-dawn airstrike on Tuesday near Balakot in Pakistan.
AP
PTI   |   New Delhi   |   Published 27.02.19, 10:12 AM

India has admitted that it has lost a MIG-21 pilot in action, and said it is trying to verify Pakistan’s claim that the pilot is in their custody.

Raveesh Kumar, the ministry of external affairs spokesperson, said that against India’s counter-terrorism action, Pakistan responded this morning by engaging its air force.

“We have unfortunately lost a MIG-21. The pilot is missing in action. Pakistan has claimed he is in their custody,” Kumar said.

Kumar said that India, because of its alertness, chased away the Pakistani jet and its bid to target military installations was unsuccessful.

This MIG-21 Bison is lost and the pilot is missing.

Pakistan earlier in the day had claimed that it had shot down two Indian fighter jets and had two pilots in its custody.

India has claimed one pilot is missing.

Summary of the statement issued by @MEAIndia on the events of the day: pic.twitter.com/UgciWtiaLk