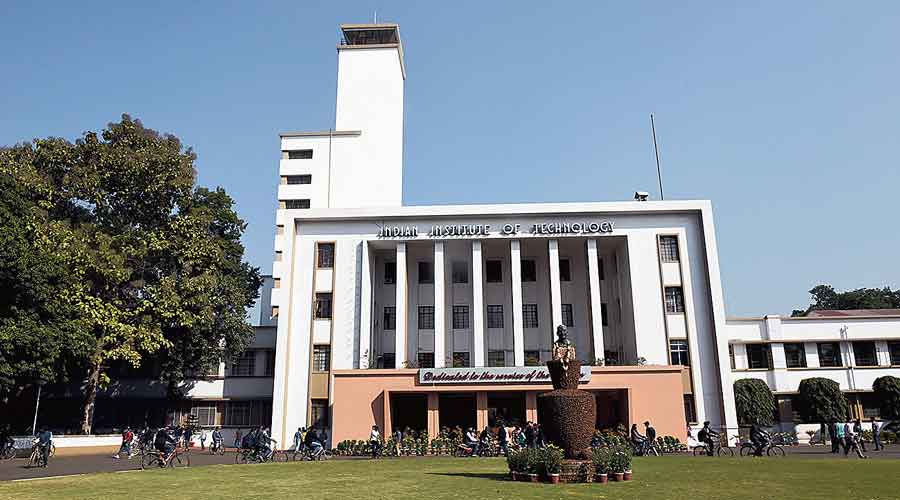 Sections of India’s scientists amused themselves on Monday wondering whether and how to respond to a 2022 calendar produced by the Indian Institute of Technology (IIT), Kharagpur, that seeks to debunk a long-discredited “Aryan invasion” theory.

The calendar with the title “Recovery of the Foundation of Indian Knowledge Systems” features images of Indus Valley Civilisation artefacts, and each calendar month tagged with titles such as “cyclic time and reincarnation”, “law of space-time causation”, and “column of cosmic light and aeons of time”.

Its creators said the calendar provided “twelve evidences” for the “recognition of the secret of the Vedas”, “reinterpretation of the Indus Valley Civilisation”, and “rebuttal of the Aryan invasion myth”.

The calendar’s February page says “the cyclic and non-linear patterns of ‘swastika’ and the arrow of time (forward-future, backward-past) of the arya rishis are also evident in Indus valley seals” and adds, after an explanatory paragraph: “Therefore, the invading Aryans, if any, had nothing to offer to the development of Indian cosmology.”

The April page titled “non-linear flow and changes” — concepts in physics and fluid dynamics — shows Indus Valley seals that the calendar’s creators claim depict flow and says “the invading Aryans, if any, had no idea of these subtle constructs. It fulfils the disapproval of the Aryan invasion myth.”

June is devoted to the unicorn — an image found on Indus Valley seals — which the calendar’s creators say implies that the “evolution of the spinal column of light, a sword from the forehead, was realised by arya sages, as evident in Indus valley iconography”.

Some scientists who received a digital version of the calendar on WhatsApp groups said they were baffled by the content. Others said they were still trying to figure out its content. Some pointed out that multiple scholars have over the decades discredited the Aryan invasion theory.

“Are those who produced the calendar oblivious to all the scholarship on Indology over the past 50 years? The Aryan invasion theory has long been dead,” said Aniket Sule, an astronomer and professor at the Homi Bhabha Centre for Science Education, Mumbai.

Multiple studies based on population genetics have established that India has over several thousands of years experienced multiple waves of migrations into the subcontinent. “Genetically, the Indus Valley and the Vedic people may belong to the same pool, but there were big cultural differences for which there is ample and irrefutable evidence,” Sule said.

Professor Joy Sen, chair of IIT Kharagpur’s centre for excellence in Indian knowledge systems who is credited with “concept and research” on the calendar, said that while the Aryan invasion theory had been debunked, similar ideas continued to be propagated through migration and population genetics studies.

Scientists puzzling over the calendar said ancient Indian contributions to astronomy and mathematics were well known and recognised across the world and saw no connection between the migrations into the country, the Indus Valley seals, and those contributions.

They said the shared cultural material or language did not necessarily imply identical populations. “In today’s India, if we take a random sample, we won’t find British genetic material, but the influence of the British is seen everywhere in our language and clothing,” Sule said.

Sule and another physicist said the calendar’s content appeared aligned with efforts to promote the grandeur of ancient Indian civilisation, but through certain connections and associations that made little sense and were likely to taint the IIT brand.

“We’re asking ourselves — do we really need to respond to something as ludicrous as this?” Sule said. “But if the scientific community remains silent, there is a risk that the general public will believe such content, and especially so as it is from an IIT.”