Advertisement
Home / India / If this is how a ‘Yogi’ tweets... 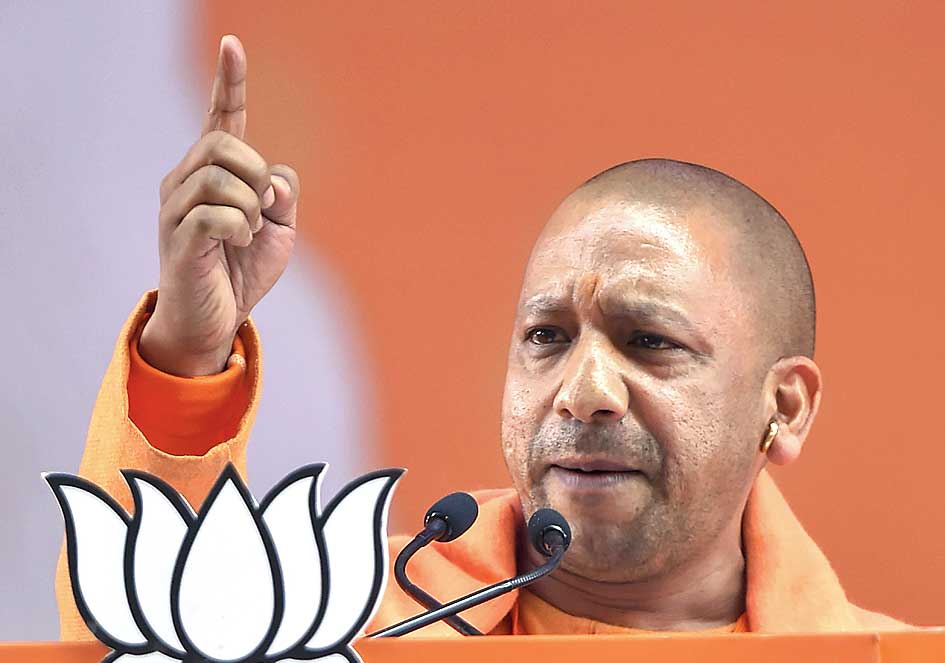 A verified Twitter account carrying the name of Yogi Adityanath has boasted that the “raudra roop (ferocious face)” of the Uttar Pradesh government has stunned and silenced “every rioter and demonstrator”.

“Seeing the ferocious face of CM Shri Yogi Adityanathji’s government towards rioters, every troublemaker is thinking that they made a big mistake by challenging Yogiji's power. The action that the government is taking against rioters has become an example for the whole country,” said the tweet from Yogi Adityanath Office@myogioffice.

Till late Saturday night, chief minister and BJP leader Yogi had not distanced himself from the tweets.

The tweets were uploaded at a time more and more allegations of iron-fisted repression, including inhuman police torture, are surfacing in Uttar Pradesh.

'Every rioter is shocked. Every demonstrator is stunned. Everyone has been silenced by Yogi Adityanath's government's strict actions. Do anything now, compensation will be taken from anyone who damages public property. Every violent protester will cry now because there is a Yogi government in Uttar Pradesh,' another tweet from the same account said.

The hashtag, which categorises tweets and streamlines search, was 'TheGreat_CMYogi'.

The tweets were uploaded on Friday night, hours after the day passed without any untoward incident, unlike a week ago when several people were shot dead during protests against the Narendra Modi government's citizenship regimen.

The self-congratulatory messaging followed an official release from the Uttar Pradesh government claiming that prominent members of the Muslim community in Bulandshahr had handed over a demand draft for Rs 6.27 lakh to the district administration towards damages for the violence in the town.

The release said that clerics in neighbouring Muzaffarnagar had apologised for the violence in their area.

Last week, amid criticism of the heavy-handed manner in which the police had acted against protesters, the chief minister had asked officials to identify the protesters and recover the losses from them.

The decision, celebrated |by his followers, threw up |the parallel question how much compensation the government planned to collect from the Hindu Yuva Vahini, an organisation founded by Adityanath, which has been accused of rioting in the past.

Images of the chief minister's 2014 election affidavit also started doing the rounds on social media. It includes the mention of several cases of rioting against him.

Although the community in Bulandshahr handed over the demand draft voluntarily, lawyers said that neither the police nor the administration was empowered to collect compensation without due process.

Supreme Court Lawyer K.V. Dhananjay told The Telegraph: 'The well-established principle of criminal law is that unless and until a person is convicted after trial on a charge of destruction of public property, it would not be permissible to impose upon him the monetary penalty for destruction of that public property.'

Referring to the Prevention of Damage to Public Property Act, 1984, Dhananjay and lawyer Sanjay Hegde said that compensation can be ordered only by a court after a trial. The Uttar Pradesh process has reached only the stage where notices have been issued.