The rank of the accused will not be a hindrance to the police to exercise their duty and take action, Vijayan said 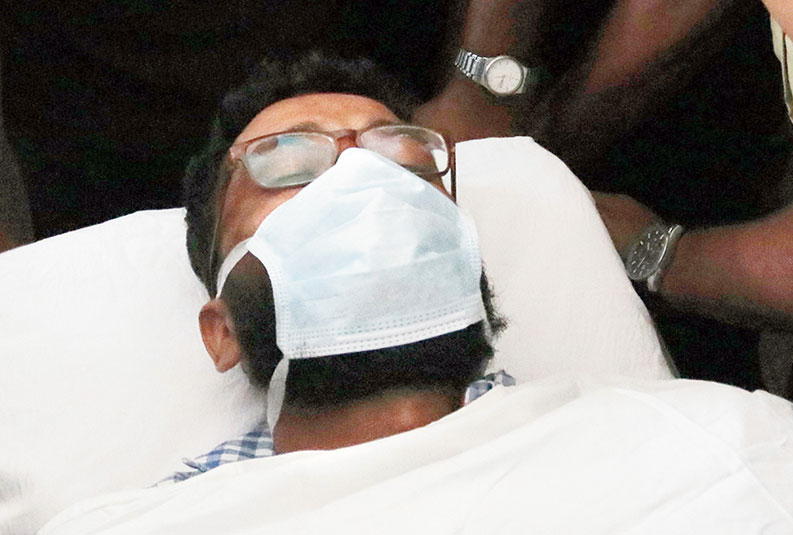 IAS officer Sriram Venkitaraman, who allegedly drove a car in an “intoxicated” state and fatally knocked down a journalist, was on Sunday shifted to the “remand cell” in the Government Medical College Hospital here, police said.

The officer was moved after pressure mounted on the administration to do so amid allegations that he was being given “five-star” treatment in a private hospital. The police as well as hospital denied the allegation.

The victim’s family voiced fears about the course of the probe but chief minister Pinarayi Vijayan said his government would not protect any official who violated the law, irrespective of the position he or she held.

On Sunday evening, Venkitaraman was brought out of the private hospital in a stretcher with a face mask after being discharged. The 32-year-old officer was wheeled into an ambulance and first taken to the residence of judicial first class magistrate Amal S.R.

The magistrate examined the medical reports and the accused inside the ambulance and directed that the officer be taken to the district jail at Poojappura. “Over there, the prison authorities will take a call whether Venkitaraman needs to be shifted to medical college or not,” a police officer said.

The ambulance with the IAS officer was on the jail premises for nearly two hours, after which he was examined by the jail medical officer who recommended that the accused be shifted to the remand cell at the Medical College Hospital.

Venkitaraman, who is also a doctor, had allegedly knocked down K. Mohammed Basheer, 35, Thiruvananthapuram bureau chief of Malayalam daily Siraj while he had stopped his two-wheeler for answering a phone call early Saturday.

The Kerala Union of Working Journalists (KUWJ) threatened to stage a protest in front of KIMS Hospital, where the officer had got himself admitted after the accident.

Venkitaraman was arrested on Saturday night, nearly 17 hours after the accident and later remanded to 14 days judicial custody by a magistrate who visited him at the KIMS Hospital.

“Everyone is equal before law and justice. The position or the rank of the accused will not be a hindrance to the police to exercise their duty and take action,” chief minister Vijayan said.