Hyderabad: Stampede breaks out at Gymkhana Ground over Ind vs Aus T20 tickets

Several fans injured in the ruckus 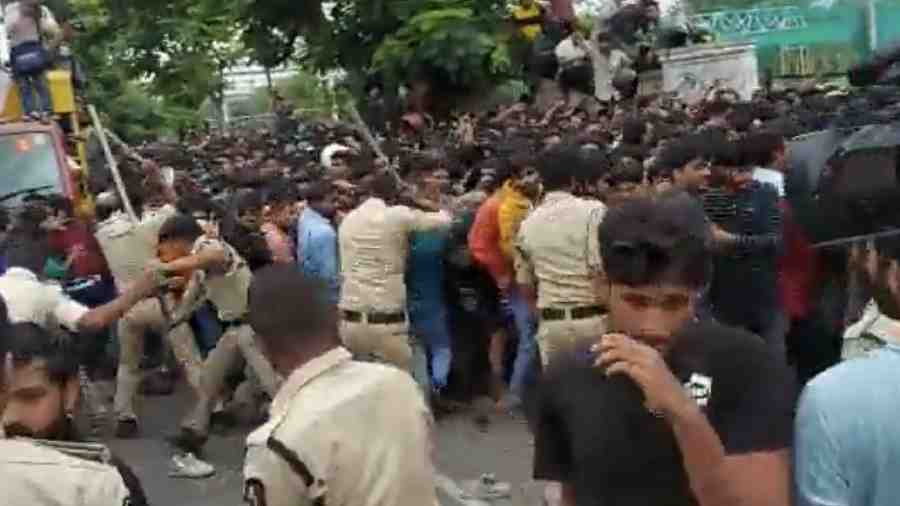 Several people have been injured after a stampede broke out at Gymkhana Ground as a huge crowd of cricket fans gathered there to get tickets for the upcoming India vs Australia T20I match.

All the injured have been rushed to a local hospital where they are undergoing treatment.

As per reports, the police had to resort to baton charges to disperse the crowd. The match is scheduled for September 25 at Rajiv Gandhi International Stadium, Hyderabad.

This is so disappointing. Passionated fans gathered at Gymkhana Ground to collect India Vs Australia tickets in Hyderabad and they're getting such treatment. pic.twitter.com/OIP96BClOH

Reports claimed that the Hyderabad Cricket Association (HCA) decided to sell offline tickets at the Gymkhana grounds for the match, however, things turned ugly as close to 30,000 people showed up. A large queue of fans was captured waiting to get their hands on tickets. But the situation soon turned out of control and a stampede broke out, with excited fans coming in excessive numbers and causing law and order issues.

Several persons, including women, caught in the crowd fell unconscious due to lack of air. Police personnel were also hurt. People on the spot said that the arrangements for the sale of tickets were inadequate as only four counters were set up for the purpose.

Senior police officials including Additional Commissioner, D S Chauhan said no person had died and a notice will be issued to Hyderabad Cricket Association for failing to make proper arrangements.

Telangana Sports Minister V Srinivas Goud on Wednesday said tough action would be taken against those selling tickets in black.

Media reports said the rush for tickets is because Hyderabad is hosting an international match after over two years.